Alert! The brilliance of the Rita storyline completely underrated by angry fans!

Because it was a pre-TWIN PEAKS storyline! 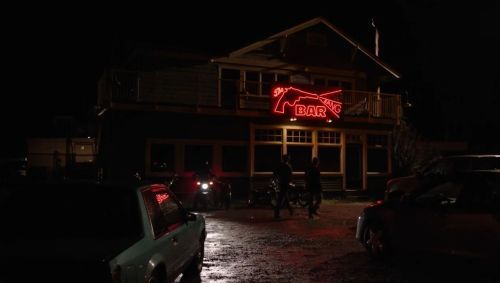 The surrealism of the doppelgänger, when DYNASTY broke the soap rule: "it doesn't have to be believable, as long as it's not impossible" - except that Dynasty's version was David Lynch-esque. It was supposed to be DYNASTY NOIR!
Rita's hilarious metamorphose, Krystle watching her Twilight Zone-version on television, LB crashing his toy car into Rita - that is so THE OMEN!

Well of course BH90210 out-twinpeaksed Twin Peaks when they put Tori Spelling in their show. It doesn't get more surreal than that.

Willie Oleson said:
Well of course BH90210 out-twinpeaksed Twin Peaks when they put Tori Spelling in their show. It doesn't get more surreal than that.
Click to expand...

Well her on Hotel was no picnic either.

Alexis said:
Well her on Hotel was no picnic either.
Click to expand...

I'm currently undergoing a Season 6 rewatch as we speak.

If you can spot all the little but important details then maybe you could post a "Dynasty Season 6 Explained" video on YouTube.

Willie Oleson said:
If you can spot all the little but important details then maybe you could post a "Dynasty Season 6 Explained" video on YouTube.

I like Rita better with her red hair. Linda is so camp, but I believe she's not really Krystle. I can see the YouTube video now: Season 6 of Dynasty - the proto Twin Peaks (David Lynch is a thief draaaamaaa!!!)

tommie said:
I can see the YouTube video now: Season 6 of Dynasty - the proto Twin Peaks (David Lynch is a thief draaaamaaa!!!)
Click to expand...

It's not Drama it's Dynasty.

The Roger Grimes' storyline is the real pre-"Twin Peaks" !

Great minds and all that...


Michael Torrance said:
Paulsen was actually taking the show into the 90s: some of the sequences of Fallon dreaming about Roger Grimes are prescient of Twin-Peaks era sensibilities
Click to expand...

Dream sequences had been done before, in Knots and The Colbys, and it doesn't take a lot of imagination to connect a dead body with the image of another dead body.

Which also had been done before.

All the stories had been done by the time of Aristotle, who codified them in Poetics. But some of us pay attention to the how. And another Greek word, called aesthetic--referred sometimes as sensibilities.
Last edited: Jul 3, 2020

I'm now able to appreciate the abjectly absurd comic potential of the Rita storyline, and how it's almost the last time they give Linda something to do. She's game enough to do Rita the only way anyone could feasibly do Rita, and Linda's southern shlock take on the role one is almost inclined to take for granted. In other words: you can almost forget Linda's acting --- in fact, Rita's boorishly criminal narcissism was eerily reminiscent of how we used to dub Krystle during our '80s VHS looping sessions in which we would imitate the actors and add profane dialogue over the episodes' soundtrack.... Spoiled, sullen, lazy, whiny, dumb.... All the things Rita turned out to be.

Maybe that's why, for so long, I saw Rita as performed too closely to Krystle: she was so similar to our artificially looped Krystle... But then, the "real" Krystle had deteriorated so badly by this point, everything about her seemed to be a parody, Rita or no Rita. I enjoyed the Rita storyline.

The three biggest flaws of the Rita storyline:

a) that they did it at all
b) that it went on so long
c) that the scheme wasn't derived at by Sammy Jo and Adam (instead of superfluous George Hamilton, the Devil Bus of Season 6). 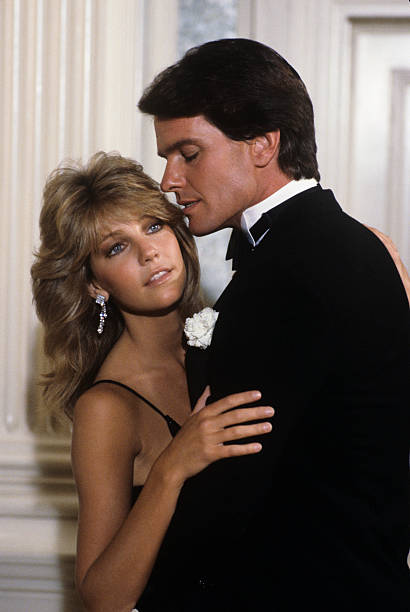 The doppelgänger trope is used when a show is running out of ideas and has a dwindling fan base, and the writers and producers go "what do we have to lose? Let's try it and see what happens." When you are doing it just as you are hitting #1 in the ratings, you are advertising to your fan base that you have run out of ideas, and are challenging them to abandon you in droves.
Last edited: Jul 6, 2020
Share:
Facebook Twitter Reddit Pinterest Tumblr WhatsApp Email Share Link
Top