nuDynasty Spoilers All Casting News And Spoilers For S4

What do we have now? 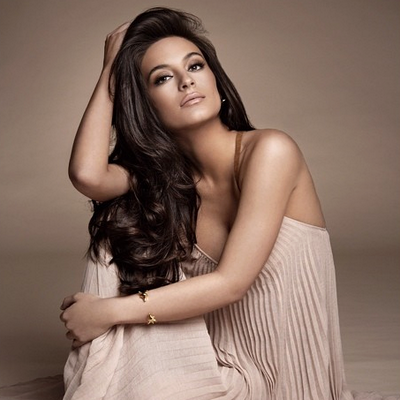 We have actress/model Maddison Brown as Kirby Anders (series regular) 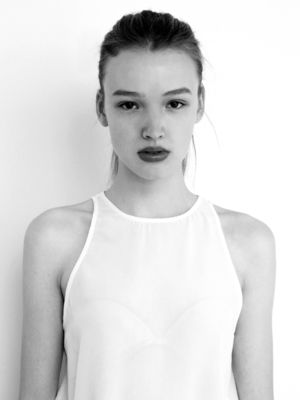 Nicollette Sheridan (Alexis) has been upped to series regular.


Rumor has it that the show is also casting Dominique Deveraux (aka Millie Colby), half-sister to Blake (via Tom Carrington's affair) and mother to Jeff and Monica.

Just look at all that beautiful hair!

Willie Oleson said:
Just look at all that beautiful hair!
Click to expand...

Maybe we should introduce her as

We have Ana Brenda Contreras and her long, luxurious hair as new Cristal Flores (series regular)
Click to expand...

Big hair is a soap staple right up there with sequins and chiffon.

How did I miss Sam's last name being "Jones"? I had never thought about it, actually; it doesn't sound particularly Venezuelan.
Last edited: Aug 17, 2018

Willie Oleson said:
Just look at all that beautiful hair!
Click to expand...

Daniel Avery said:
Big hair is a soap staple right up there with sequins and chiffon.
Click to expand...

Right. It seems like they have finally remembered that original Krystle was at least 60% hair, which is why original Cristal just didn't work.

You forgot the 15% shoulder pads.

To support her hair. It was a necessary construction.

Willie Oleson said:
To support her hair. It was a necessary construction.
Click to expand...

Of course. Without them her knees would have buckled and her rib cage would have collapsed.

Richard Channing said:
Of course. Without them her knees would have buckled and her rib cage would have collapsed.
Click to expand... Emelee said:
What do we have now?

Was that confirmed? Did i miss anything?

It would have been easier overall for the show to keep filming as the stables continued to burn, shooting some stuff that would get dropped into the season two premiere rather than stopping at the cliffhanger moment and leaving for hiatus. They'd have a lot of continuity issues if they had to re-start the fire, mess up everyone's outfits and mess up their hair "just the right way," and of course the lighting and such would have to be perfect when they picked up months later. They'd also have the expense of staging a fire twice rather than just filming all the fire scenes in one slightly longer shoot. Why do that for just a few more scenes? So I'm guessing they may have filmed some carry-over scenes during/after the filming of the cliffhanger that may or may not have included Nathalie Kelley. If they air these bits, they'd have to credit her as appearing, since the scenes are "original" (not recycled stuff we already saw in season one), but obviously it would only be a "guest starring" or "featuring" credit (maybe just "with Nathalie Kelley").

Matthew Blaisdel said:
Was that confirmed? Did i miss anything?
Click to expand...

I'm guessing the same as @Daniel Avery above.

Maybe she is just in the recap.

I've always understood step-siblings to be related to each other by law via the marriage of one of their parents, and they usually don't have any blood ties (not unless it's a case of a cousin marrying a cousin and their individual off-springs are already related).
To me, Millie Colby is Blake's half sibling; they have blood ties because they have a parent in common. So you're correct in saying Jeff and Fallon are half-cousins. And Jeff and Monica are one-quarter Carringtons as they are Tom C's grandchildren.

As of season six of OG Dynasty, OG jeff, and Fallon were cousins due to frankie, and alexis being first cousins.

Daniel Avery said:
for the show to keep filming as the stables continued to burn, shooting some stuff that would get dropped into the season two premiere rather than stopping at the cliffhanger moment and leaving for hiatus.
Click to expand...

This makes a lot of sense. Just because it's the cliffhanger episode and the director says "cut" doesn't necessarily mean that's it. Numerous scenes would have been shot for the story to continue into Season 2. I wonder if episode 2 will show flashback scenes, hence Nathalie Kelley's appearance.

I could imagine they've already filmed how Alexis finds Cristal and Culhane comes there as well and together they carry Cristal downstairs and outside or something... before it is said that she is in the hospital ... and in a coma... and that's it for Kelley. All filmed already during wrapping up Season 1.
Last edited: Aug 18, 2018

I don't think it makes any sense for Cristal to be permanently in a coma, especially if there appears to be absolutely no chance of her ever coming back to the show. Mainly because it just makes no sense and it's also terribly insulting to the audience too so therefore the writers are better off just having her die. It really doesn't make much of a difference either way. I think it's more likely we might get flashback scenes of Cristal getting rescued from the burning stable and then after the doctors attempt to save her but fail Blake is then taken aside privately by a ER doctor and is informed at that moment that Cristal is gone. Maybe we might get another scene of Blake having his last moments alone with Cristal either in her hospital room or perhaps in a morgue. I think that's probably as much as we're ever going to get regarding a sendoff for Cristal/Celia. The sooner the viewers quickly move on from Cristal/Celia and start accepting the "real" Cristal as a new permanent member of the cast, the better.

A scene featuring shot/bleeding Cristal being rescued from a raging fire could easily be done without NK's participation. Tricky angles and quick-cutting could be used to show someone (Culhane, I'll assume) rescuing Cristal, but a body-double in that nifty polka-dot dress could be used for that. They must have filmed her doing actual dialogue (like she regained consciousness and said something to her rescuer) if they are giving her a credit for appearing. What if, on NK's way out, the writers forced her to tell the whole sordid tale of the Real Cristal to set up her successor's arrival? Tacky, but not unheard-of; kind of like being handed a shovel to dig your own grave. But would bleeding, weakened Cristal have enough energy to tell the tale?
Share:
Facebook Twitter Reddit Pinterest Tumblr WhatsApp Email Share Link
Top