CORA Cross is set to make her EastEnders comeback after disappearing from Walford.

The battleaxe left Albert Square back in 2015 after being put in sheltered housing.

Before then, she had been homeless and was scavenging for scraps following the death of fiance Stan Carter.

But now Cora Cross is back on the scenes as actress Ann Mitchell has reprised her role.

And as spoiler pictures show, Cora’s return will be centred around Denise Fox, played by Diane Parish.

With Denise now being unemployed after having quit her job at the Minute Mart, she’ll have no choice but to sign on at a Job Centre.

But she doesn’t have any luck and finds herself at an employment agency where she bumps into Lauren and Abi Branning’s grandmother.

And by the looks of things, Denise doesn’t look too chuffed at being helped out by Cora, especially as the snaps show that Denise will be forced to turn to food banks to survive.

But has Cora managed to turn her life around for good?

And does this mean she’ll be making a permanent return to Walford?

After all she has grand daughters Abi and Lauren on the Square and a great-grandson Louise, whom she presumably hasn’t met. 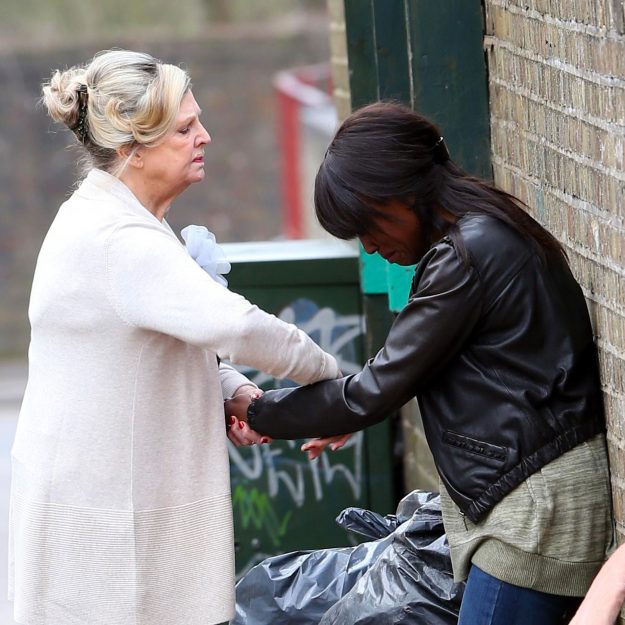