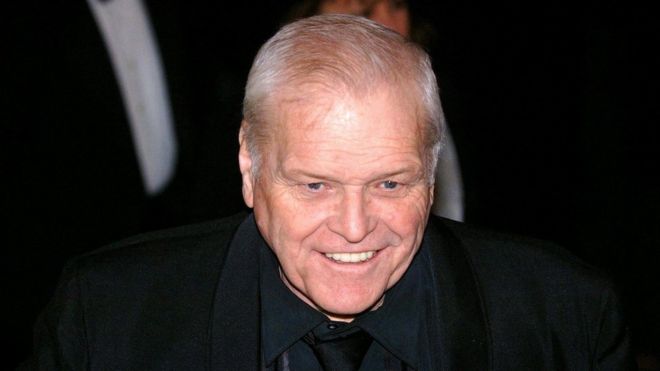 Image copyright PA Media
Image caption Pictured in 2006
US actor Brian Dennehy, whose chiselled jaw and towering figure featured in some 40 films, has died at the age of 81, of natural causes in Connecticut.

On screen he played macho roles like the sheriff who jails Rambo in First Blood and portrayed the serial killer John Wayne Gacy in To Catch A Killer.

His work brought him a Golden Globe and six Emmy nominations.

But Dennehy was equally at home playing the classics on stage, and won two Tony Awards.

Hamilton creator Lin-Manuel Miranda paid tribute to the man on Twitter, saying: "Was lucky enough to see Brian Dennehy twice on stage, masterful in Love Letters, and monumentally heartbreaking in Death Of A Salesman. A colossus. What a loss."


Fellow American actor James Woods, who starred alongside him in Bestseller, mourned a "beloved friend and colleague", tweeting: "I've never laughed so hard as we did every day on the set or off."

Skip Twitter post by @RealJamesWoods
I’m just devastated to hear we lost my beloved friend and colleague, #BrianDennehy. We were partners on two of my favorite films, Split Image and Best Seller. I’ve never laughed so hard as we did every day on the set or off. For a big “tough guy,” he was a sweetheart. #RIPBrian pic.twitter.com/EjsxMvqlxw

Born on 9 July 1938 in Bridgeport, Connecticut, he took up acting at the age of 14 in New York City where he studied at a high school in Brooklyn. He played the title role in a production of Macbeth.

A scholarship at Columbia University followed and then five years of service in the US Marines.

Physically, Dennehy was an imposing man, standing at 6ft 3in (1.9m). To fund his acting career in the 1960s he worked as a truck driver, a bartender and a salesman.

"I had to make a life inside those jobs, not just pretend," he told The New York Times in 1989.

Dennehy broke into film in 1977 with Semi-Tough, which starred Burt Reynolds and Kris Kristofferson. He was paid $10,000 a week for 10 weeks' work and it "looked like it was all the money in the world", he was quoted as saying by the Associated Press. 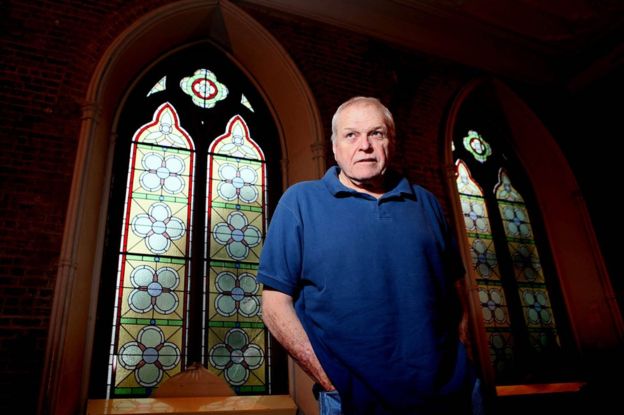 Image copyright PA Media
Image caption Pictured in December 2010
In 1991 came the TV movie To Catch A Killer for which he was nominated for an Emmy Award for Outstanding Lead Actor in a Miniseries or a Special.

There were numerous roles in TV dramas including Dallas and Dynasty.

In 2007 he voiced the character of a rat called Django in the hit Pixar animation Ratatouille, delivering lines like "Now shut up and eat your garbage".

Dennehy's theatre work ranged from Shakespeare and Chekhov to the American greats like Miller and O'Neill: he won Tony Awards for Death Of A Salesman (1999) and Long Day's Journey Into Night (2003).

The 2000 television film adaptation of Death of a Salesman earned him a Golden Globe.

He died from natural causes not related to coronavirus at his Connecticut home on Wednesday evening, with his wife Jennifer and son Cormac by his side, his agent told AFP news agency.

Brian Dennehy is also survived by four other children, three of them from a previous marriage.

R.I.P. Mr. Dennehy!
A wonderful actor. In addition to being on three of my favorite shows(Dallas, Knots Landing, and Dynasty), I took my students to see him in The Death of a Salesman. He was such a talented actor, and the impression I had of him as a person was that he was a class act.

To be honest, I never liked him. There was just something about him that irritated me.

Having said that, though, he was a part of many of the shows I've watched over the years - from Dallas, to Cagney & Lacey, which I recently rewatched, right up to the present with The Blacklist - and for that reason it's a sad day.