Actress Dame Diana Rigg, famous for roles including Emma Peel in TV series The Avengers and Olenna Tyrell in Game of Thrones, has died at the age of 82.

Her daughter, actress Rachael Stirling, said she died of cancer, after being diagnosed in March.

"She spent her last months joyfully reflecting on her extraordinary life, full of love, laughter and a deep pride in her profession," she added.

She played Tracy in 1969 film On Her Majesty's Secret Service.

Her more recent roles included the Duchess of Buccleuch in ITV's Victoria and Mrs Pumphrey in Channel 5's new adaptation of All Creatures Great and Small.

Samuel West, who plays Siegfried in the show, said: "Doesn't really make sense to think of her having died. She generally lived the hell out of everyone."

Stirling said: "My Beloved Ma died peacefully in her sleep early this morning, at home, surrounded by family. I will miss her beyond words."

Sir Tom Stoppard paid tribute to her "luminous" talent, while fellow playwright Sir David Hare said the actress had a "dazzling change of direction in middle age as a great classical actor". 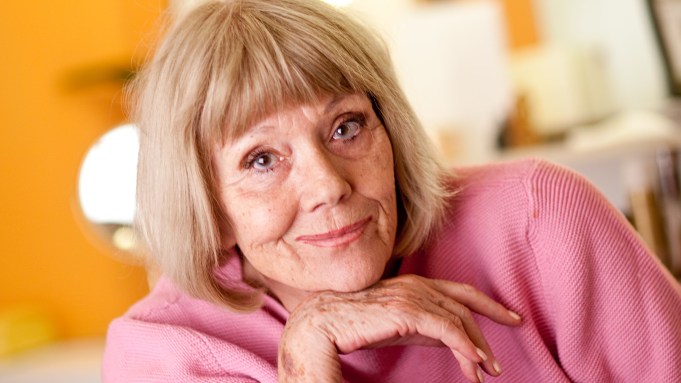 Oh sorry to hear that news

I was only watching her on Tues night on BBC iplayer Extras and Harry Potter / Daniel Radcliffe was playing with a condom which he let go and it landed on her head.

Very sad news. She was beautiful and a brilliant actress.

I also learned today that James Bond was married - to Diana's character - but it was the first and only time he married!

I will forever be grateful to her for killing Joffrey

RIP
If I didn't focus on the good and fun in life, I'd be seriously bummed out by the state this world is in and has always been in.

Oh no! So sad.... She was a wonderful actress! I loved her in everything I saw her in, but Lady Olenna was just amazing and her final scene was iconic!

I've awoken to this news this morning. Terribly sad but what a career. Many of course are talking about her role in Game of Thrones. I've yet to sit down and watch this series in its entirety to appreciate Diana's role. One role I'll never forget was Helena Vesey in Mother Love. She was bloody scary in that.

Thoughts are with her family and friends.

Apparently Dame Rigg and Sir MacNee (a.k.a. Peel and Steed) became "needed" now.
"CBS Sports presents...The Prudential College Football Report, sponsored by The Prudential, offering a full range of insurance and other financial services. The Prudential: the Rock...it's strong, it's on the move, it's bigger than life."

Another one of those iconic stars you don't quite believe are mortal.

I loved her major guest lead role in ITC’s The Sentimental Agent, opposite quirky and charismatic Carlos Thompson, which was written by Brian Clemens, who she worked with on The Avengers.

Dame Diana Rigg's portrayal of Lady Olenna Tyrell was one of my favorites on Game Of Thrones.​