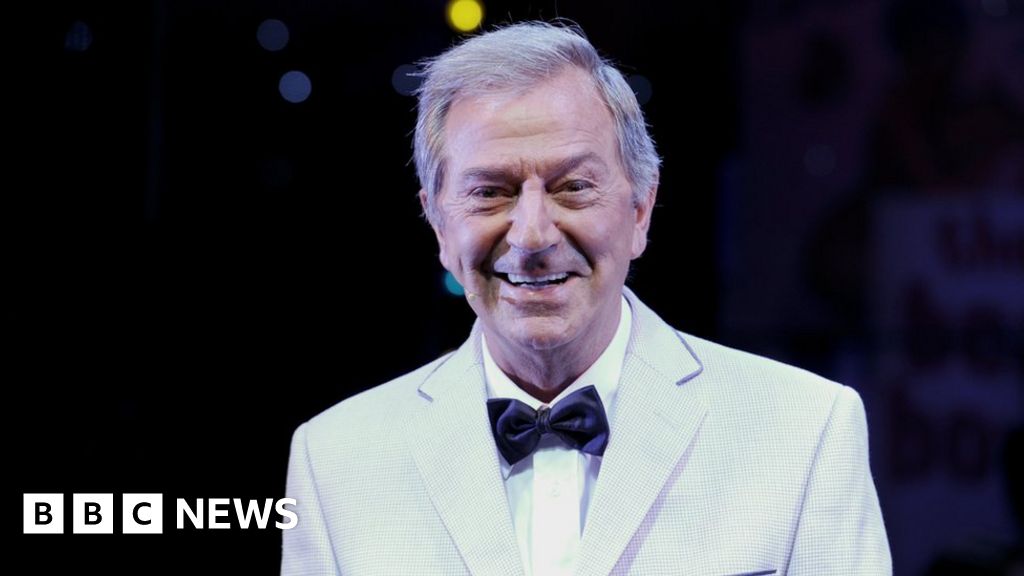 One of Britain's best-loved entertainers, with a 45-year TV career, he died in his sleep after a fall.
www.bbc.co.uk

Entertainer Des O'Connor has died at the age of 88, his agent has confirmed.

The comedian, singer and TV host died on Saturday following a fall at his home in Buckinghamshire just over a week ago.

He was known hosting Take Your Pick as well as Countdown and for his friendship with Morecambe and Wise.

In a statement his agent said he was "well loved by absolutely everybody" and "loved life"
.
His longtime agent and family friend Pat Lake-Smith described him as the "ultimate entertainer" and said he had been recovering from the fall before his condition had suddenly deteriorated.

She said: "He was a joy to work with - he was talented, fun, positive, enthusiastic, kind and a total professional. He loved life, and considered enthusiasm almost as important as oxygen."

London-born O'Connor leaves behind his wife Jodie, their son Adam, and his four daughters, Karin, TJ, Samantha and Kristina.
U

My parents had his With 'Feelings' album in their vinyl collection, which I tried to make sure was always out of sight.

I have soft spot for Des's anti-coolness. He knew how he was perceived and he was as tongue-in-cheek about it as anyone else. He was married four times, so he must have had something going on beyond the bland image of him.

I remember him best as the avuncular chat show host and found him very warm. I especially enjoyed his chatty interviews with Bette Midler. They seemed to genuinely enjoy each other's company.

Bette said:
Really? You got a late start, didn't ya, Des?
Click to expand...

Des said:
I have another one that's thirty five.
Click to expand...

He was a good sport on Morecambe and Wise when they used to take the mick out of him and it certainly didnt harm his career.

all the jokes about burglers breaking into a house and stealing LPs, then next day they broke back in and returned Des O conner albums

I know he had a younger son and always rememeber him telling Terry Wogan that he was at his sons sports day at school lining up for the Fathers Race and Linford Christie was along side him! He had no chance.

Sorry to hear he had a fall and died in hopital, seemed a genuinely nice guy.
Last edited: Nov 15, 2020

https://twitter.com/i/web/status/1328004230851014657
“All art is unstable. Its meaning is not necessarily that implied by the author. There is no authoritative voice. There are only multiple readings.” - David Bowie

I didn't rate him very highly as a singer (I'll never forget him murdering a Diana Ross song on his TV show) but as an all round entertainer he was premier league. I always think of him primarily as being a chat show host and I really enjoyed his Des O'Connor Tonight show for which he always attracted the biggest stars.

I remember 1980s television as being great, despite there only being 4 channels and I have fond memories of Des's talk show during that period.

It was appointment television which all the family could sit down to watch and enjoy.

Contrast that with today's television consisting of 100s of channels filled with anything goes rubbish and filth like Keith Lemon with very little in the way of family viewing.