I had never watched this but of course had heard so much about it that I decided to give it a go at the weekend. For the most part I did enjoy it and it is labelled as a horror.

Can someone please explain the ending? What is with the dwarf in the red coat? @Snarky's Ghost maybe? 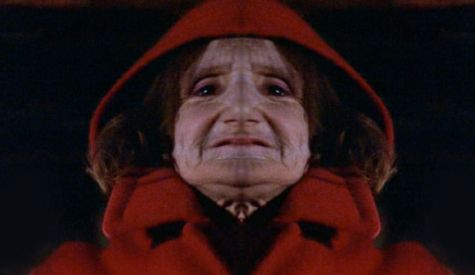 This is a weird one isn't it? I watched it a year or so ago, and mostly enjoyed it but I would never call it a favourite film. I cant even really remember much about the ending. From what I do remember Donald Sutherland's character has weird premonitions and flashes where he is following a funeral procession and stuff like that, but thinks it is tied to the recent death of his daughter, his own grief. In his visions or whatever he sees a girl in a red coat and thinks that that is her. There are two creepy old sisters that warn him of danger. It later turns out that the visions he had been having were a premonition of his own death and funeral. The figure in the red coat was not his daughter but the dwarf. The dwarf isn't really explained as far I remember, and that's what I didn't like about the ending. It feels like a bit of a cop out to an otherwise genuinely creepy and sad film about grief and fear. I guess the dwarf is just some random, deranged serial killer hunting down tourists or something. Although I may be misremembering or leaving something out.

As an early-'70s entry, it has that nice, shrouded, deeply melancholy flavor, yet I've rarely been able to sit through it. I like Sutherland and Christie well enough, but something about the picture puts me off a bit such that I'm never able to finish it.... Is it their reptilian sex scene? I'm just not sure. Maybe that dwarf drowned itself to get away.

Ahahahahaa great replies guys thanks. It was always one I thought should be watched and I'm glad I did but don't really see the hype. lol at the repitilian sex scene @Snarky's Ghost and thanks @Alexis - I'm glad I wasn't that far off base with it. I thought I'd missed something but you've summed it up really well!

i've seen this a couple times but i don't remember anything about it at all cause i haven't seen it in years and i do remember liking it up until the ending which if my memory is right i hated it.

darkshadows38 said:
i've seen this a couple times but i don't remember anything about it at all cause i haven't seen it in years and i do remember liking it up until the ending which if my memory is right i hated it.
Click to expand...

Only one sentence and yet I'm still not able to read it.

Snarky's Ghost said:
Only one sentence and yet I'm still not able to read it.
Click to expand...