I caught up with this BBC made film today having read the book a few years ago.

I reckon there are a few awards coming Miss Jacksons way and how nice to see an 80 something year old actress not botoxed to the hilt and with wrinkles - its so refreshing and proof that if you can act, there are still good roles out there.

Elizabeth is Missing review: A powerful and unsentimental portrait of psychological decline

This feature-length drama shows how dementia eats away not just at memory but identity, agency and empathy 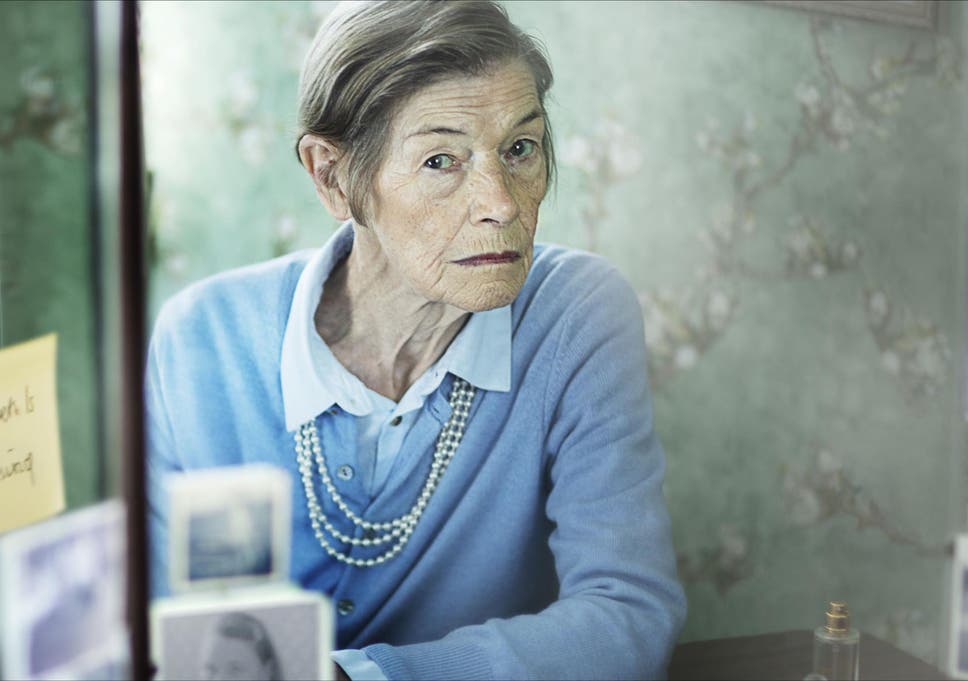 Jackson plays Maud not as a benign and crinkly grandma but a proud woman unmoored ( BBC/STV )
On the surface, Elizabeth is Missing (BBC1) is a suburban thriller about an amateur sleuth and a long-buried secret. There’s a mystery at the heart of the story, but it is secondary to the inner life of the protagonist Maud, whose mind is being slowly devastated by dementia.

Adapted from the novel by Emma Healey in which Maud is the unreliable narrator, this 90-minute film features the Oscar-winning Glenda Jackson in her first television role since stepping down as an MP in 2015 (there have been roles on the stage since then). Maud is concerned about her elderly friend, Elizabeth, who has failed to turn up at their regular meeting place outside the local charity shop, and worries she might have come to harm. But no one else seems bothered, least of all Maud’s daughter, Helen, who has enough on her plate just keeping tabs on her mother, and Elizabeth’s son, who oddly doesn’t welcome being harangued on the phone at three in the morning.

In a bid to organise the chaos of her mind, Maud is forever writing messages to herself. Thus, Post-it Notes line her walls and her pockets, small haikus through which she can make sense of the world and, it is hoped, unravel the mystery of her missing friend. “I haven’t lost my marbles though everybody seems to think I have. Nobody listens to me,” Maud grumbles to her granddaughter, Katy.


She is increasingly troubled, too, by the shadows of her past and, in a parallel narrative set in the late 1940s, we meet young Maud (Liv Hill) along with her glamorous older sister, Sukey (Peaky Blinders’ Sophie Rundle), who disappears after a row with her new husband, Frank. These dual storylines are deftly interwoven as old Maud watches the events of her past, like Scrooge in A Christmas Carol. It sounds hokey, but the effect is to provide glimpses of Maud’s interior life, where there is method in the madness, alongside the eccentric old lady seen by the rest of the world.

Rarely off the screen, Jackson is remarkable, playing Maud not as a benign and crinkly grandma but a proud woman unmoored and rendered increasingly impatient and volatile. Sitting in a restaurant with her family, she smashes a plate and emits a silent scream, her face and body contorting with frustration. Later, we watch her claw at the front door, as Helen, fearing she might go wandering, locks her in her house overnight. Dementia eats away not just at memory but identity, agency and empathy. The pain of these losses are sharply drawn here, both in Maud and her family who mourn the mother and grandmother they once knew.

This being a murder-mystery, there is a big reveal near the end that doesn’t really hang together – the explanation for Elizabeth’s disappearance relies on us being oddly absent for some crucial mother-daughter exchanges. Nonetheless, Elizabeth is Missing is a powerful and unsentimental portrait of psychological decline. Absence comes in many forms here, not least in the gradual fading out of Maud herself.

She was outstanding in this drama. Cant beat the oldies, I have a feeling more awards will be coming her way!