Mel O'Kalikimaka said:
And the same to you, PC.

Despite 2020 being an...interesting year for the records, there's always one thing you can count on - established music acts celebrating the Yuletide season in style.

This year will be no different, and joining the likes of Christmas staples such as Mariah Carey, Kelly Clarkson and Michael Buble, a host of well-known artists are dipping their toe into the festive pond.

Here are some of the biggest Christmas LPs dropping this year, from the likes of Dolly Parton and Meghan Trainor.

Produced entirely by Katy Perry collaborator Greg Wells, the album will comprise of classic covers, with John Legend also dropping in for a duet.

But it certainly won't be her first - the Jolene icon previously delivered the goods with 1984's Once Upon A Christmas with the late, great Kenny Rogers and 1990's Home For Christmas.

The album will also include some interesting collaborations, including goddaughter Miley Cyrus and US talk show host Jimmy Fallon on a cover of Mariah Carey's All I Want For Christmas Is You.

Meghan Trainor
Release Date: October 30
Meghan Trainor is not resting on her laurels. Yesterday, she announced the release of her fourth album A Very Trainor Christmas, coming next month (October 30).

The singer's new LP will come hot on the heels of her third studio effort Treat Myself, which entered the Official Singles Chart at Number 41, and will include a mix of original compositions and covers of holiday classics.

Meghan's had a colourful Official Chart history, which kicked off when her breakout solo hit, All About That Bass was actually the first song to ever debut on the Official Chart without selling a single physical copy, entering at Number 33 (before peaking at Number 1) based on streams alone.

Goo Goo Dolls
Release Date: October 30
US rockers Goo Goo Dolls are perhaps best known for their 1998 hit Iris, which peaked in the UK at Number 26 a year after its release and recently just passed the 1 million sales milestone too.

Now, the duo composed of Jonny Rzeznik and Robby Takac are preparing for the arrival of their own first Xmas LP.

It's Christmas All Over will arrive on October 30

Count me in for this one. I've got a couple of heavily-played CU Christmas songs in my library and have been craving more. I have sought out other Christmas music she's recorded but some of those tracks are quite hard to find, so this album is just what the doctor ordered.

I'm glad it's released so early, as it will give time for it to sit in Covid quarantine before I handle it.

I’m looking forward to checking these two out.
​

Mel O'Drama said:
Each year I buy a number of Christmas albums.
Click to expand...

The Spirit Of Christmas 2000 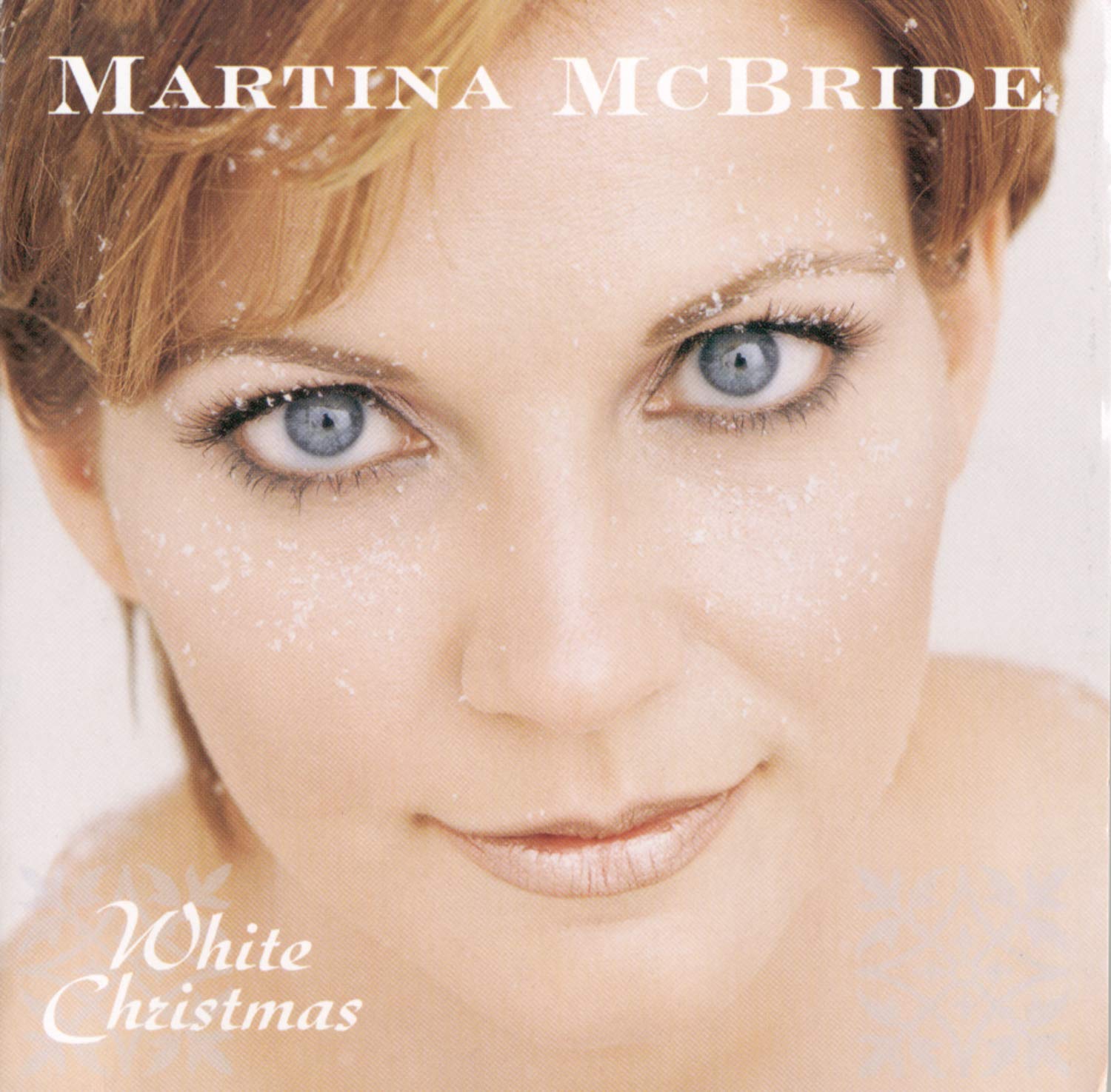 I already own the 2007 edition which has every song on the '99 version plus a few more, but I wanted to get the earlier one in case the mastering/dynamics were closer to her other late-Nineties albums, which are all perfection in terms of sonics. There's not much in it, but I do think think the 1999 version sounds a little nicer. 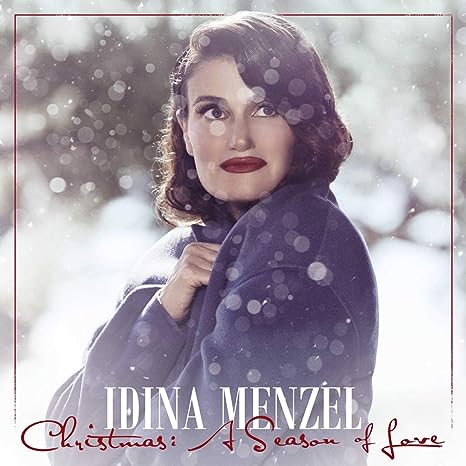 Idina's earlier Christmas album became an instant favourite of mine the first time I heard it and is one of my more heavily-played festive albums in recent years. This has a different sound but is still very nice indeed.

Bing At Christmas - Bing Crosby with the London Symphony Orchestra 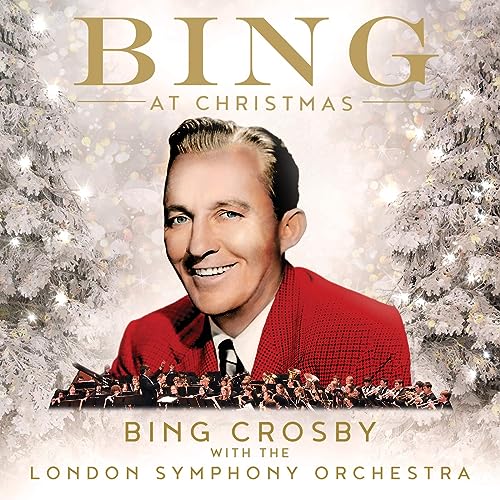 I know some hate these "orchestras rearrange well known hits by dead singers" albums, but I'm quite partial. Hearing familiar tracks sound full and sparkly is a treat for the ears. 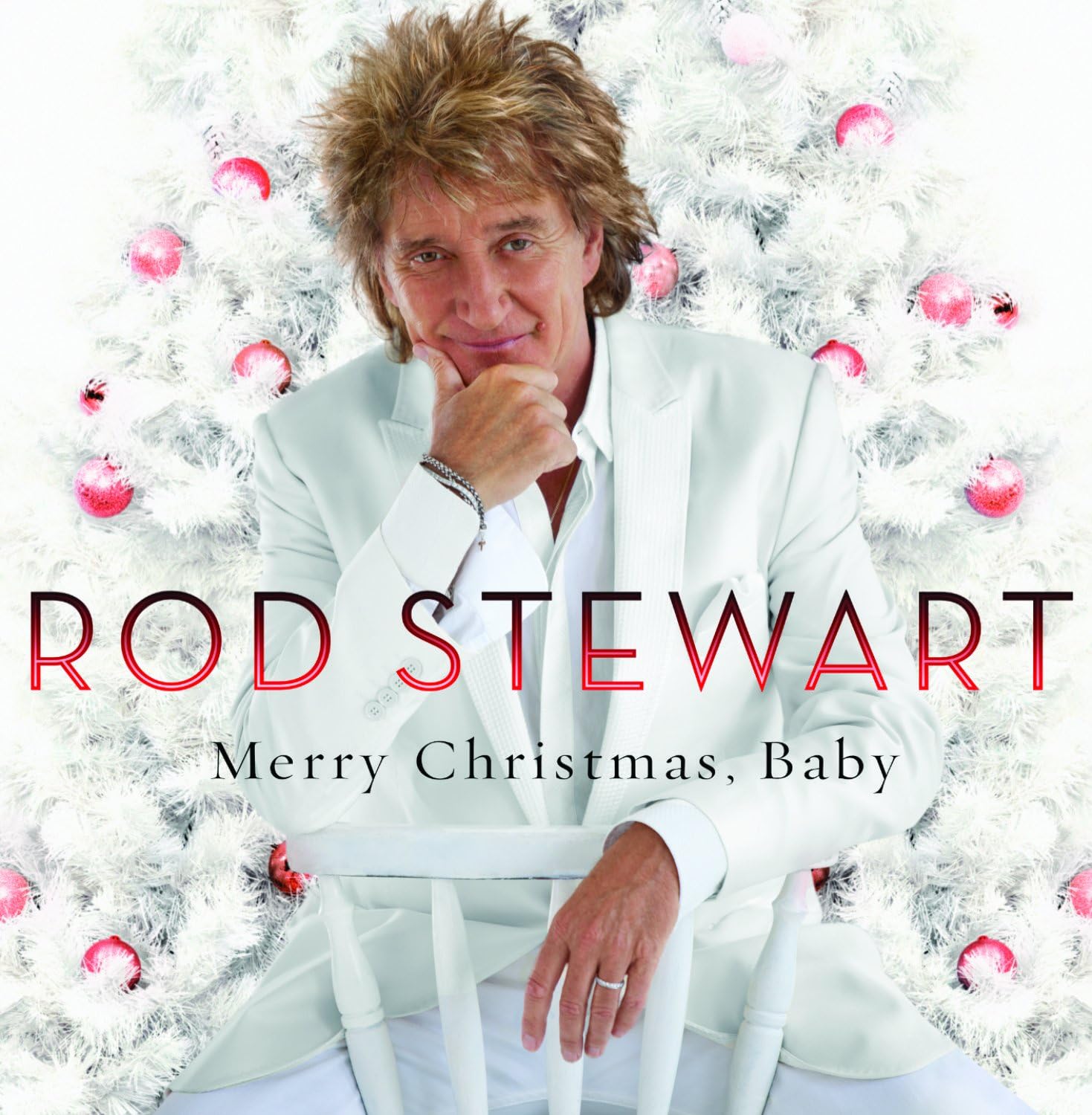 Rod's voice is perfectly suited to crooning out these familiar tracks with added husk. 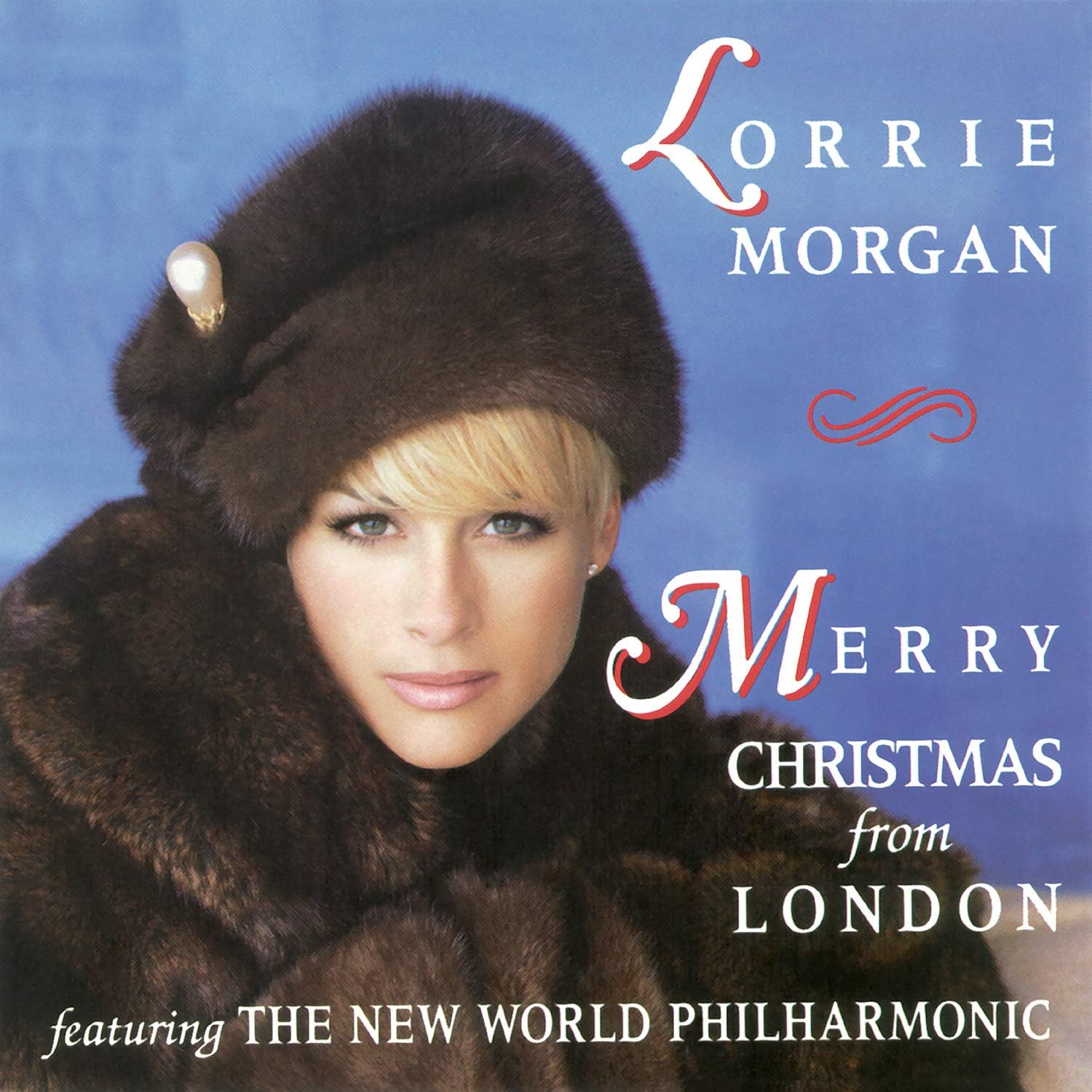 An artist that's new to me, so it was a bit of a gamble. She has a great voice, the arrangements are gorgeous and it features guest appearances from Tammy Wynette, Andy Williams and Johnny Mathis.

I see that Spotify has both the Dolly and the Carrie Christmas albums. I think I'll check them out this week. I haven't been in the mood for Christmas music yet this year, but I've read several Christmas books and watched several Christmas movies already, so I imagine music isn't too far off for me.

I haven't thought of her in ages. She had a song in the early 90's, Something in Red, that I really liked. It was sort of a one hit wonder with me, but after listening to it this morning it's made me want to check out some more of her music.
​

Jason73 said:
She had a song in the early 90's, Something in Red, that I really liked. It was sort of a one hit wonder with me, but after listening to it this morning it's made me want to check out some more of her music.
Click to expand...

I just had a listen to it and really like it. It sounds great and I enjoy the way the final verse swells. It's an interesting concept for a song as well (happily, the end was more upbeat than I expected. As it went along I started to feel sure she would end up looking for something in black).

Perhaps I'll also check out some of her other music in the new year.

Oh my goodness--I'm listening to Carrie Underwood's Christmas album and I just got to Little Drummer Boy which she sings with her 5 year old son, Isaiah, and it's the cutest thing ever.

Overall, I really love Carrie's album. It's one of the best new Christmas albums I've heard in a few years.
​

I'm going to do a first listen of this one while I make dinner this evening.

I also listened to Dolly's new one today. It was fun and bubbly.
​

Another festive addition today (a slightly controversial one, perhaps, after the Ware-gate incident this year, but no matter). 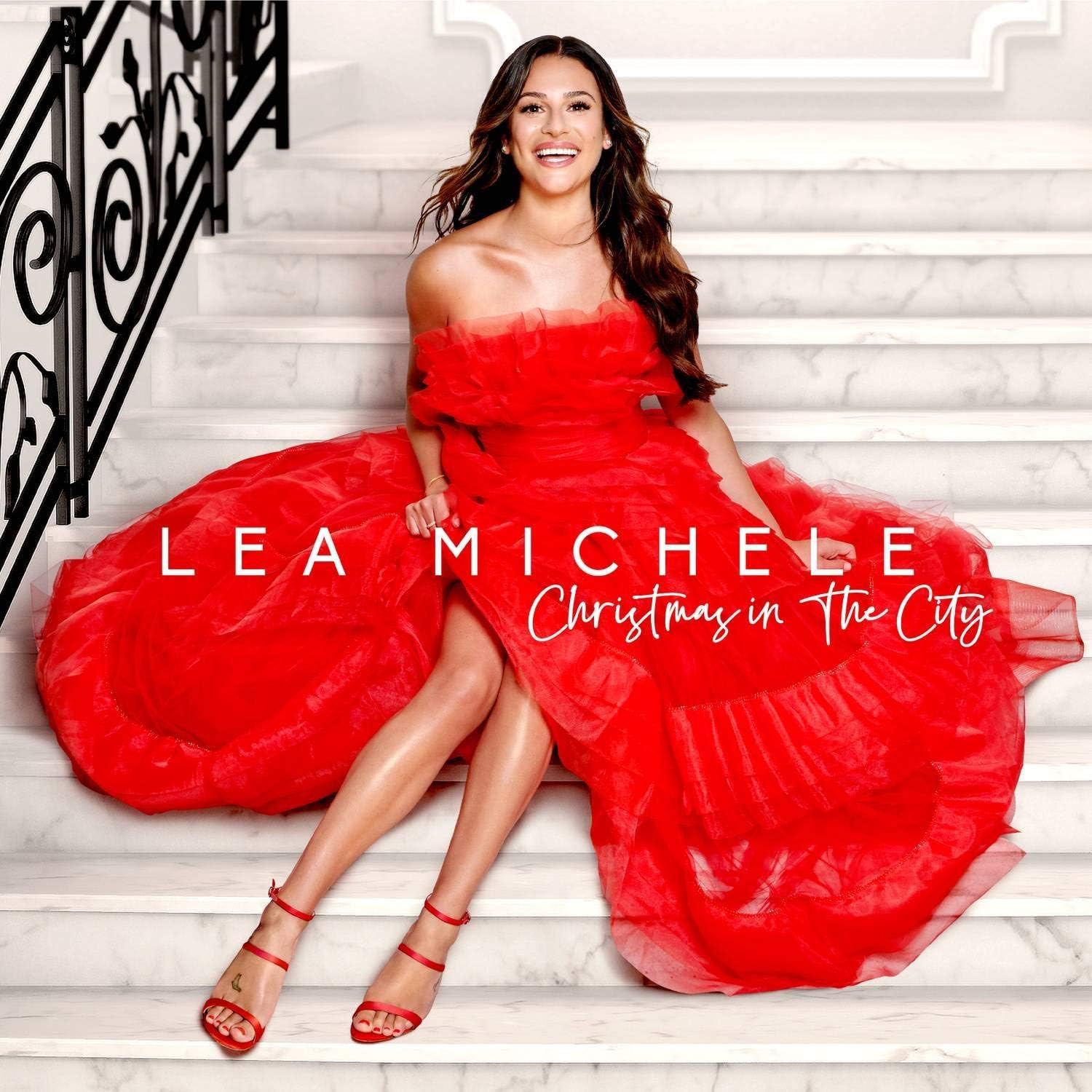 It's a truly beautiful album. Lea's voice is prettier than ever, there are some perfect Glee reunions. The song choices and arrangements make it feel very balanced and satisfying: being comfortingly nostalgic while keeping the interest held.

But which version will end up as my go-to favourite in the long run...?

In general, I don't listen to albums because I prefer my own mix-and-match playlists, but a few Christmas albums I really like:

Both of Vanessa Williams' albums from the 90s: "Star Bright" and "Silver & Gold". She's one of my favorite singers from the era because she was neither one of the ear-piercing divas nor one of the autotuned pop stars who couldn't carry a tune in a bucket; she has a strong, clear, understated voice and style. The albums are smooth and jazzy.

I like Dolly Parton's new album, "A Holly Dolly Christmas" even if her voice seems to have become a wee bit hoarse.

Kylie Minogue's "Kylie Christmas" is half a great album. Her versions of holiday standards are superb, bright & pop-y. Her "It's The Most Wonderful Time Of The Year" might be my favorite Christmas song, period. The other half of the album, the original songs, is just okay-ish.

Mel O'Kalikimaka said:
Another festive addition today (a slightly controversial one, perhaps, after the Ware-gate incident this year, but no matter).

This has proved to be a very worthy investment for me. It's become my go-to album this December and my most heavily played complete album of 2020, taking the crown from the new Mandy Barnett and Steps albums.

My most-played track from the album, Rockin' Around The Christmas Tree, now has more plays than even the Brenda Lee original. I can't stop playing it.

My second most-played track is It's The Most Wonderful Time Of The Year. It's so much fun to sing along with, and it's not a song I was particularly fond of before. It's the first time any version of this song has appealed to me (in turn this has given me an appreciation for other renditions of the track, especially Martina McBride's 2018 version). Angels We Have Heard On High is a similar story.

I'm happy to report I've pretty much got Jonathan Groff's male harmonies down in my third most-played track, I'll Be Home For Christmas. I like this more mid-tempo version far more than I was expecting on first listen.

And I adore Lea's version of Have Yourself A Merry Little Christmas. Each time I listen I feel a little surprised by the brevity. But it works well, and sounds suitably melancholy.

It's been a long time since I've so consistently played an almost entire album repeatedly without getting tired of it. I feel a little sad about the season ending and rotating them out of play and might have to have a few more days' play. At least I can get away with playing Do You Want To Build A Snowman? until February.