Actress Helen Flanagan, who played Rosie Webster in Coronation Street, is to return to the soap after five years.

Viewers will see Flanagan back on screen next February and she will stay until the spring, ITV said.

The actress first appeared in the soap at the age of nine and remained until 2012, when reports said she had been suffering panic attacks on set.

Her character, a model, was said to have left Weatherfield to take part in a reality TV show.

In 2011, she had been seen in an ITV2 spin-off Just Rosie, which followed her as she tried to forge a modelling career.

After her departure from Coronation Street, Flanagan herself took part in a number of reality shows including I'm a Celebrity...Get Me Out of Here! and Celebrity Super Spa.

In a statement, the 26-year-old said: "I'm so excited to be returning to Coronation Street and being part of the Webster family again."

ITV said plot details were being kept under wraps but "one thing is certain - Rosie's visit to see her family won't be uneventful".

Coronation Street producer Kate Oates said: "The Websters have missed Rosie and so have we. With Sophie away on holiday with her sister it seemed like the ideal time to bring Rosie back home with her for a visit.

"We are delighted that Helen is as keen to explore what Rosie has been up to away from the cobbles as we are."

She is a pain in the neck. 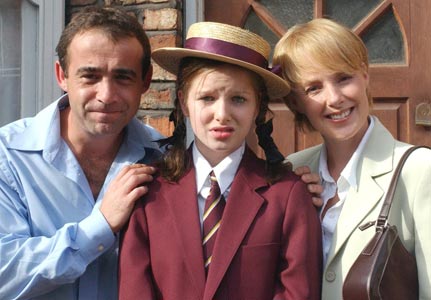 How I wish there was a LOL button!

oh dear
the acting career post Corrie didnt really work out did it??

just for you @Ome

Maybe they have brought her back to kill her.

Alexis said:
Maybe they have brought her back to kill her.
Click to expand...

I don't watch Corrie anymore but I'd tune in for that. As long as it's quite gruesome.

Member Since
Adam was a lad.