I'd never heard of Jacamo until this blew up. It seems they're an online catalogue for men's clothes.

The big hoo-ha is over their current campaign which shows pictures like these: 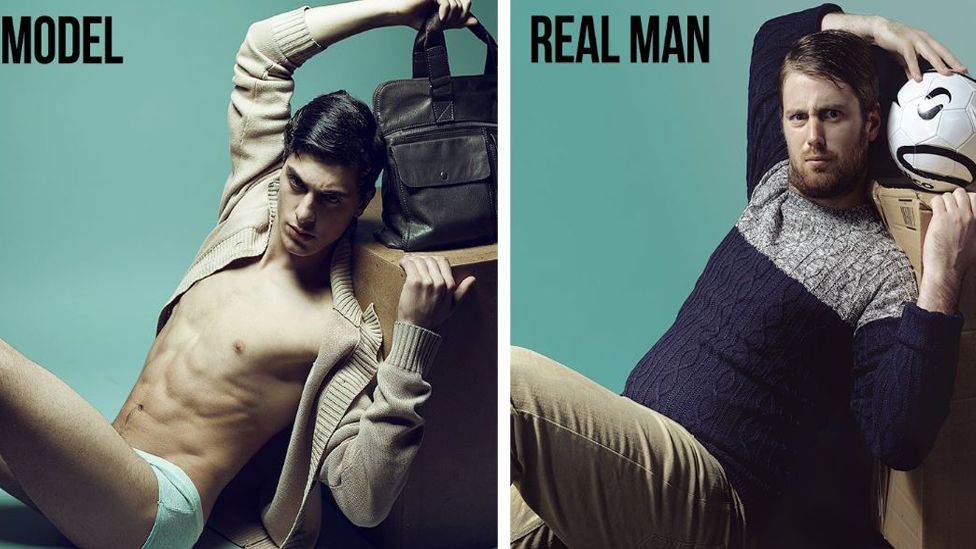 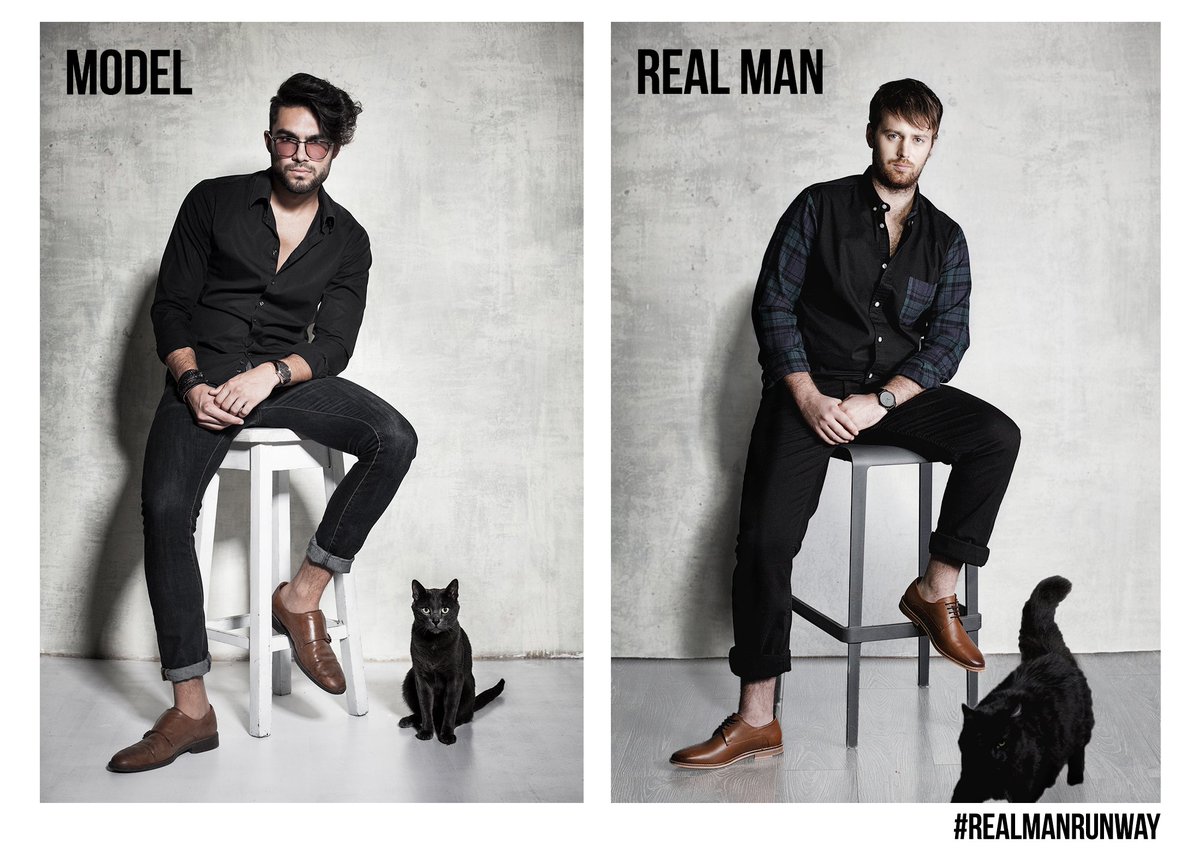 I have mixed feelings about this one. On the one hand, I applaud a stand against the lack of diversity when it comes to the images we're bombarded with by the modelling and advertising industries.

I don't spend six hours a day at the gym. My hair isn't perfectly floppy (not any more). Nor am I loaded up with botox and collagen. And I have (gasp) hair on my body. The idea of an alternative image to ripped Abercrombie twinks is very appealing to me.

But Jacamo's campaign takes an ugly turn by suggesting that their model is not only equal to other men. He's superior. Because the other men, it seems, aren't men. Not real men.

Slim men, we're told, are inferior, rather than equal. Men who aren't interested in football, too, are inferior. Men who carry bags are also inferior. As are men who groom themselves. And men who don't like sandwiches? They're inferior too.

Ed Broad, the "real man" in the pictures has been the target of internet trolls calling him a fat, lazy slob in the backlash of the pictures. That's completely out of order. The people making those shallow, critical and - in my opinion - inaccurate comments are taking the low ground and are bullies. Just as much as the committee that approved the "real men" campaign. If Broad is to be criticised, it's for his participation in that campaign. No more and no less.

The campaign could have been one of inclusion; embracing diversity of appearance, taste, personal style and interests. Instead, the ridiculous statement of what manhood is excludes more men than any of the images they're criticising. All of them real men.

It is poorly done I think. They are showing two extremes and the one that Jacamo seems to be advocating is that real men like football, eat unhealthily and basically are the kids that don't grow up that a lot of women say they are.
It's promoting the idea that real men are bigger, shouldn't care about their waistline and are somehow superior to other men that are slimmer, don't like football and care about what they eat. It's all very twisted really isn't it?
I remember Jacamo's older add campaign and it was fronted by Johnny Vagas and was saying pretty much the same thing. These two versions of what a real man are, are horrible. Neither are a real man both are created images by people in the clothing/fashion industry designed to shift as much product as possible. It's just that they are being aimed at people at disparate ends of a very wide spectrum.

I should add that I think the "real man" they have used is more attractive than some of the models they used.

Alexis said:
These two versions of what a real man are, are horrible. Neither are a real man both are created images by people in the clothing/fashion industry designed to shift as much product as possible.
Click to expand...

Yes indeed. There's nothing "real" about either image. So how one is more real than another is beyond me.

It's the advertising equivalent of Sammy Jo Carrington reading about Dallas in the National Enquirer.


Alexis said:
I should add that I think the "real man" they have used is more attractive than some of the models they used.
Click to expand...

Mel O'Drama said:
The campaign could have been one of inclusion; embracing diversity of appearance, taste, personal style and interests
Click to expand...

Yes, but maybe they thought that wasn't strong enough, kinda like "but our apples are good too!"
No, your apples have to be superior, the best thing available, so I can understand why they went for the "either...or" concept.
(I wonder if their clothes actually fit better...)

But as a rule I'm not a fan of smear campaigns i.e. making themselves look better by diminishing someone else or someone else's product.
It's not very clever either because it doesn't tell me what's good about their product, it's all about what's wrong with the other person or product.
Which, imo, makes it a win-by-default campaign. "Our product or a bad product".

Incidentally, was there a campaign for the manbag? Because if they want to sell a manbag then they have to...show the manbag...and not a football...because they're not selling a football...or am I being too simplistic?