Former Emmerdale actress Leah Bracknell has died at the age of 55, her manager has confirmed.

Bracknell, who played Zoe Tate in the soap for 16 years, was diagnosed with stage four lung cancer in 2016.

A statement on behalf of her family confirmed "with the deepest sadness" that Bracknell died last month.

"Leah had an energy and enthusiasm for life, a kind heart and much love to give to those around her," it read.

"Leah continued to embrace life and faced her illness with positivity."


As well as playing Tate, Bracknell also had television roles in Judge John Deed, A Touch of Frost, The Royal Today and DCI Banks, as well as performing on stage and in pantomime. 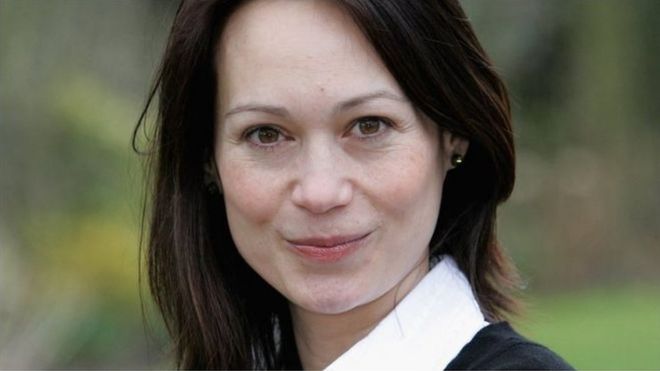 I’m thinking of her family right now, I loved her as Zoe Tate in the 90s and 00s, definitely one of the most iconic characters in the soap.

She also came across as a lovely human being, very warm in real life, I saw her in York years ago I wanted to approach but she was doing her Xmas shopping so I left her to it.

That's sad.
I didn't watch Emmerdale back when she was on it, but her character was mentioned now and then when Joe Tate was on and when Kim Tate returned.
If I didn't focus on the good and fun in life, I'd be seriously bummed out by the state this world is in and has always been in.

Very sad news, she had been so incredibly brave during the last few years.

Lovely Leah. I think having shared her outlook and approach as she faced the worst will have brought a lot of comfort to people in a similar situation.

Her character is quite prominent in the rerun of Emmerdale on ITV3 at the moment.

I remember Leah being in an episode of A Touch of Frost towards the show's finale in 2010, IIRC, she was in the final episode as such.

Anyway, I sometimes wonder how Norman Bowler and Peter Amory have been within the acting profession since, however much acting work they'd since been able to get. It's very sad that The Tates were all more or less killed off in terms of fictional characters/real life actors/actresses.
Last edited: Mar 12, 2020
You must log in or register to reply here.
Share:
Facebook Twitter Reddit Pinterest Tumblr WhatsApp Email Link
Top