So how's the hair situation going for everyone in lockdown? I haven't had my hair cut since about the middle of March. I have never had too short a haircut except one time in my teens when I discovered that I don't look good at all with no hair. So I have always had a haircut that's a little longer and messy on top and short and neat back and sides. Kind of this kind of cut. 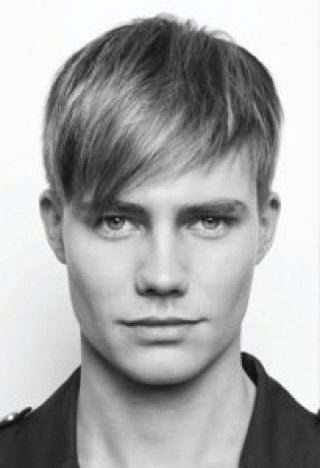 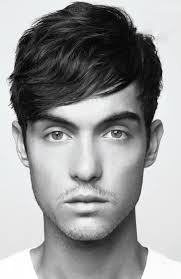 Me last week of work..

Now its been 8 or 9 weeks since I have had a haircut and it's a whole other kind of insane. I did have to trim a bit of my own fringe around the second week of April as it was getting in my face and bothering me at work. Then it was total lockdown and then I had to leave work for shielding. Since then it's just growing out crazy. It's going a bit Sue Ellen Ewing mullet at the back, ridiculously heavy and long at the top and really one side is much longer than the other in a weird way because of how the cut was. The first few weeks I was putting some putty in it messing it up and dealing with it. It's went beyond that stage now. I just look crazy like I live in a backwoods cabin and eat racoons with my sister/wife. I have taken to wearing a baseball cap most of the time and especially if someone is going to see me.
I have friends that have just buzzed it all off but I don't think I could, since I just don't think I can pull that off. How has everyone else's hair faired in Lockdown? Any home haircuts or strange looking grow outs?

and had to take the scissors to my fringe at the weekend.

Also as I get older, my hair is getting curlier - had a wee kink in it when i was younger, now its morphing into a Poodle pam perm - well mnot quite but thats what it feels like to me!

Barbara Fan said:
I have had to resort to colouring my own hair to cover the too many grey roots that are poking thro

and had to take the scissors to my fringe at the weekend.

Also as I get older, my hair is getting curlier - had a wee kink in it when i was younger, now its morphing into a Poodle pam perm - well mnot quite but thats what it feels like to me!
Click to expand...

I cant even imagine what mines is going to be like by the time hairdressers can work. My mum had me colour her hair a few weeks ago and she's decided to just grow her hair into a bob now! I guess I'm just going to be very attached to this hat for the next load of weeks. I feel sorry the girl who cuts my hair when I rock in with this mess for her to whack through. It'll take a while!

I think when all this madness is over, hairdressers are going to be the most sought after people on the planet.

I trimmed my dads hair for him last week and he was quite pleased!! He said it looked better than the doll called Linda that i used to practise on when i was a wee girl.

There is such a skill to a good hair cut! I take my hat off to them, my hair is now getting to a length where i might need to tie it back at work!

I will be the first person to admit I looked like a hobo (with a B ) by the time I could get my hair cut last Thursday. I had been clipping off the worrisome white hairs that crop up on my temples, but otherwise I had not messed with it for fear of making the situation even worse.

I typically go to a "chain" barber shop every six weeks or so, but they closed down right at the point where I should have made my regular visit. So my last haircut had been in early February.

They re-opened on Wednesday and had a line out the door, not only because so many were in the same boat, but "25% capacity" regulations said they could not have more than six people in the building at one time (three stylists, three clients). I made an appointment (they're usually walk-in) for Thursday in an effort to let them work through their backed-up lines. They put a tent up outside for us to sit and wait to be called, and they took our temperatures before letting us go in. I was only 97.1F, which confirmed what others say about my being cold. I had to wait 45 minutes, but at that point I was so unhappy with my unruly hair that I would have waited hours if necessary. Oh, and I tipped her 50% because I know they need to recoup all that lost income.

I haven´t had short hair in many many years, and I don't have bangs. So that isn't a problem. I am overdue for cutting off some split ends, but it's certainly no emergency situation. Since my economy isn't good this year, I've gone over to colour my own hair. I am a dark blonde normally, but I've had dark brown for about a year. I do the cheap glossing (Loreal's Casting Creme Gloss) that lasts 6-8 weeks before slowly fading out. I go between a number of brown colours. Chocolate, Chocolate Brownie, Brown, Dark Brown etc. I like to switch. I have some light roots now, as I am naturally dark blonde, so I will do another gloss round this week.

Blondes do not have more fun. 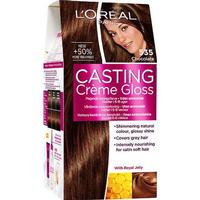 Last edited: May 18, 2020
If I didn't focus on the good and fun in life, I'd be seriously bummed out by the state this world is in and has always been in.

It’s so funny. All the men I work with are shaving their heads and none of the women are able to do anything with theirs. My hair is getting so long and thick that I may pass for Cousin IT, roaming the streets of Belfast.

My mate is a hairdresser and he's coming to cut my hair on Friday in the garden! In full PPE! I literally begged him, I just cant cope with this anymore.

Alexis said:
My mate is a hairdresser and he's coming to cut my hair on Friday in the garden! In full PPE! I literally begged him, I just cant cope with this anymore.
Click to expand...

I seriously think this is BBC Newsline worthy!

I have been cutting my own hair and I have to say it looks great! I think maintaining a short haircut on your own is very difficult but when it's a bit longer you can get away with more. I put a t-shirt over my head just at the neckline and went along the back with a the clippers and it looks pretty good. And I just keep snipping bits here on the top and sides and I my hair has never looked better! 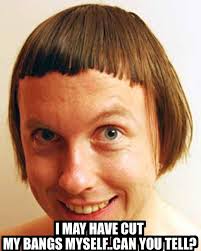 It puts the lotion on its skin...

Sarah said:
It’s so funny. All the men I work with are shaving their heads and none of the women are able to do anything with theirs. My hair is getting so long and thick that I may pass for Cousin IT, roaming the streets of Belfast.
Click to expand...

If you shaved your head completely, it still wouldn't change anything between us, Sar.

I’m so happy you said that @Mo Mouse - I know you like your birds to look classy.

Sarah's next acting gig could be an Irish-set, female reboot of Kojak.

Daniel Avery said:
Sarah's next acting gig could be an Irish-set, female reboot of Kojak.

Imagine! My Dad once asked me would I hold tarantulas for an acting role as I'm really arachnophobic....really unsure on this one.

So my friend did come to cut my hair on Friday. However, we hadn't seen each other since March and so we had a gin and tonic first. Then we just ended up drinking two bottles of gin and sitting in the garden having a laugh in the sun all while I kept my baseball cap on and didn't get a hair cut. I'm not even mad about it.