I've been listening to lots of Tina too. I hadn't heard of the other two and just looked them up (mostly to confirm that Bright Light Bright Light got his name from Gremlins ).


Jason73 said:
Did you expect this one to be your most played?
Click to expand...

I was pretty sure it would be. It stands out as the track with the highest play count in my iTunes - I can't seem to get enough of it. I have a few different length versions of Anyway which I added together, so I wasn't sure how close it would be.

Martina's Love Unleashed tour is still going on, and it looks great.

I've just discovered this cover from the encore:

And speaking of newly discovered covers, there's this beautiful mashup from last year:


I adore the part just after 1:30 where Martina is harmonising I Will Always Love You against the main chorus of Take Me Home Country Roads. Now I really want to hear her do a solo version of IWALY.

This article has a Forever Country behind the scenes video and handily breaks down which artists sing which part:

Closing Time has been slightly out of favour with me for a little while, but this week I've fallen back in love with it in a big way. Such a soulful number with a solid vocal.


And she does a nice live version too (as an encore, which adds a humourous irony to some of the lyrics and makes it a little wink to the audience):

Looks like we're getting a new Christmas album from Martina!!!

This is so much sooner than I expected a new album. I can't wait to find out what tracks she's recorded.

Her description of it having a "big band, swing" sound has excited me greatly.

This is fun. Martina goes funk with Earth, Wind & Fire:


And as it's the fourth, here's Martina performing one of her own hits with another legend:


Such a great performance. This has made me hungry to discover a little more of Pat Benetar.​

Mel O’Drama said:
I just discovered I Just Call You Mine again recently...

It's safe to say it's cemented as a favourite.
Click to expand...

Mel O’Drama said:
It was previously sung by a singer called David Phelps
Click to expand...

Mel O’Drama said:
I have a version in iTunes by Mary Byrne, whose version is based on Phelps's
Click to expand...

IJCYM has become my goto Martina song again. I'm playing it most days. In addition to Martina's, my Favourites playlist also features the Phelps version, the Byrne version and three karaoke versions (one based on MM's, the others on David Phelps).

It's such a nice song. Just singing along with it boosts my happy hormones.

This video is nice. Lots of lovely pictures of Martina and John including their wedding:

"When I made 1998's White Christmas, I wanted to make a classic sounding record. I can't do that same record again, of course, but this one is going to have several up-tempo things on it. It won't have as many hymns on it. It will be more things like 'Santa Claus Is Comin' To Town' and 'It's Beginning To Look A Lot Like Christmas.'"

Every time I Google Martina's name there's more exciting news. This time it's a Christmas tour to accompany the new album:

I'm agog waiting for details of the new festive album. I'd imagine it would be released around the latter part of October, so maybe we'll have some news during September.

Mel O’Drama said:
This is so much sooner than I expected a new album. I can't wait to find out what tracks she's recorded.
Click to expand...

Well, I thought my day was made when I noticed a Martina Christmas album available to pre-order on Amazon with a release date of 1st September.

Bizarrely it's just a reissue of 2013's The Classic Christmas Album - itself one of the many reworkings of White Christmas from 1998.

Even more strangely, Amazon US has a release date of 30th June for their 2017 reissue. And the 2013 version is still in print. 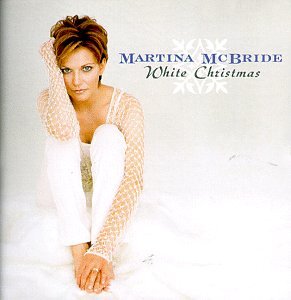 So I'm none the wiser. But at least that initial mislead got my heart racing.

But no mention of the new Christmas album. I wonder if it's happening this year or next? After all, it's almost November and there's been no more news.​

Ride has become something of a life anthem for me over the last couple of months. It's my morning hit to get me kickstarted as I drive out to start the day. What an energy.

In other Martina news, Where Would You Be has recently become the first and only single song in my iTunes library to exceed a play count of 1000.

Even with the delay for Amazon UK pre-orders it's still a little too early for me to listen to it in full but I love the snippets I've heard so far. Martina and the band always do marvellous things with vintage sounds.

This will be heavily played by me throughout December and no doubt for many Christmases to come.​

Mel O'Drama said:
Just for the hell of it (and because my previous one vanished into the ether), here are my top three tracks from each Martina album. At least according to my mood today
Click to expand...

I'm curious to see how I'm viewing the albums two and a half years on, so I've done a top three list elsewhere without looking. I'm going to post it here by album and see how it compares.


I'm absolutely positive the omission of When You Are Old in the earlier list was an oversight. It was one of the first Martina songs to speak to me and it's never been anything but my favourite track from her first album.

Walk That Line is a recent discovery for me, when I went back to give the album another listen. I really like the uptempo country vibe. It would have fitted very comfortably onto Timeless.


Mel O'Drama said:
The Way That I Am


So no change there then.


All three still get regular plays and speak to me in different ways so it's quite possible that tomorrow's list would look the same as my earlier one.

Wild Angels is where things got difficult for me. There are so many winners. The top three could easily have been made up of 'Phones Are Ringin' All Over Town, Beyond The Blue and Safe In The Arms Of Love. And then there's the title track.


As I remember, I'd overplayed Whatever You Say when I did my earlier top three and rediscovered its greatness a year or so ago. Something similar happened with A Broken Wing not too long ago. I had to take a short break from playing it to appreciate it all over again. It's back to being a go-to track for me. Some Say I'm Running and Wrong Again could easily have been top two tracks. One Day You Will and Here In My Heart have been getting a fair bit if playtime recently.


There's not much to say about the Christmas album. Other than the multiple re-packagings have confused me about which tracks "officially" belong on this album.


Not much change there, then.

Despite that, the change between the first two tracks is quite substantial. There You Are was a huge favourite at the time and now I barely play it. I Ain't Goin' Nowhere, on the other hand, has crept up on me from being a track that was occasionally tolerable to one that I thoroughly enjoy singing along to.

Beyond the first two tracks, the rest of the album hasn't really spoken to me much. According to iTunes, From The Ashes was last played in September 2016. Maybe it's time to revisit this album and give some tracks another shot.