Buck Henry, the legendary screenwriter behind The Graduate and What’s Up, Doc? who also co-created Get Smart and was a regular presence in the early years of Saturday Night Live, died tonight of a heart attack at Cedars-Sinai Health Center in Los Angeles. He was 89.

A family member confirmed the news to Deadline.

Henry scored a pair of Oscar nominations — one for his and Calder Willingham’s adapted screenplay for The Graduate and another for directing with Warren Beatty the 1978 movie Heaven Can Wait. He also won a writing Emmy in 1967 for Get Smart, the spy spoof he created with Mel Brooks, among many other accolades.

He became a familiar face to a new generation of TV viewers by hosting Saturday Night Live several times during its first five seasons. He might be best remembered as John Belushi’s foil in the classic “Samurai” skits.

Henry also had more than three dozen other acting credits.

“I wish I could do what writers of my generation do, which is just — open the gate and let it come out,” he said in a 2009 “The Interviews” sit-down for the TV Academy Foundation. “I envy them. It’s hard for me to do. That’s why I liked writing for television because I had to do something every day. … So the best secret is — and it’s not a secret — is just when [you] get stuck in a scene, write nonsense. But do something to keep your hand moving, doing something on the page. That’s all. There are no great insights.”

Henry got his start writing for Steve Allen and Garry Moore’s TV shows in the 1960s before penning the script for The Graduate, Mike Nichols’ seminal film starring Dustin Hoffman, Katharine Ross and Anne Bancroft. The film focused on the generation gap of the later 1960s and includes a number of memorable scenes and lines.

Who could forget Hoffman’s college-age Benjamin Braddock telling Bancroft’s older character, “Mrs. Robinson, you’re trying to seduce me.” Later, after she asks Benjamin, “Do you find me undesirable?” he tells her, “Oh no, Mrs. Robinson, I think you’re the most attractive of any of my parents’ friends.”

In his TV Foundation interview, Henry recalled how he and Brooks got the idea for Get Smart. “Nobody seems to remember it but me,” he said. “I go to [Talent Associates partner Danny Melnick’s office], and he says, ‘I want to give you guys an idea: What are the two biggest movies in the world today? James Bond and Inspector Clouseau. Get my point?’ … It’s parody and satire.”

ABC paid for the Get Smart pilot but passed on the series. Melnick then took it to NBC titan Grant Tinker, who was looking for a project for his contract actor Adams.

Henry would focus his screenwriting on the big screen during the 1970s, co-penning the Barbra Streisand starrer What’s Up, Doc? and writing or co-writing book-to-screen adaptations for such films as Catch-22, The Owl and the Pussycat, and The Day of the Dolphin.

He had appeared onscreen in numerous films and comedy shows by the mid-’70s when he was chosen to host Saturday Live Night during its first season in 1976. Appearing alongside the Not Ready for Primetime Players, he would go on to host nine more times through 1980, becoming the first SNL host to hit double digits. Among his memorable characters was the Samurai interviewer/straight man; Uncle Roy, who menaced children he was babysitting; a sadistic stunt coordinator; and Mr. Dantley, the father of Bill Murray’s uber-nerd Todd in the latter’s famous sketches with Gilda Radner.

During that time Henry also created Quark, a short-lived 1978 NBC sitcom that starred Richard Benjamin that spoofed the era’s popular space epics. In 1984, NBC debuted variety-sketch The New Show, on which Henry was a regular alongside SCTV alum Dave Thomas and others. It aired briefly as a midseason replacement.

Henry would go on to co-pen the Nicole Kidman feature To Die For (1995) and the star-laden 2001 pic Town & Country. Early big-screen screenplay credits include the Radner-led First Family (1980) — his only featuring directing credit other than Heaven Can Wait — and Candy (1968), whose cast included Marlon Brando, Richard Burton, James Coburn and Walter Matthau.

Henry also had acting roles in numerous movies — including most of the ones he wrote — and appeared as a guest on numerous talk shows including those hosted by Johnny Carson, David Letterman, Dick Cavett, Mike Douglas and David Frost. His most recent acting credits include episodes of Franklin & Bash, Law & Order: SVU, Hot in Cleveland and 30 Rock.

Among the many awards Henry racked up during his career are 1994 Golden Globe and Venice Film Festival prizes as part of the ensemble in Robert Altman’s Short Cuts, BAFTA and Writers Guild awards for writing The Graduate and another WGA Award for What’s Up, Doc?

Survivors include his wife, Irene, who was by his side when he died. He had no children.

I was sorry to hear of Buck's death. His FC character Foster Glenn was only in three episodes, during the seventh season's heavy year of guest stars. Buck as Foster was quirky, providing a chuckle or two. My condolences to his family and friends.

RIP, he reached a good age.

Oh season 7, the year of high level guest stars and low level scripts.
Then in S8 it all relaxes somehow in some kind of boredom before it goes off to be completly different and kind of evolving into a crime-soap in S9.
Lots of parallels to another great nighttime soap of the 80s.
Last edited: Jan 12, 2020

Oh season 7, the year of high level guest stars and low level scripts.
Then in S8 it all relaxes somehow in some kind of boredom before it goes off to be completly different and kind of evolving into a crime-soap in S9.
Lots of parallels to another great nighttime soap of the 80s.
Click to expand...

Yes, DYNASTY and FALCON CREST have always had a karmic -- and often terribly specific -- connection. (Even Aaron Spelling and Michael Filerman were both Sun in Taurus/Moon in Cancer).

Season 7 had great guest stars, indeed, and I recall having a lot of good locations (despite that late-'80s Lorimar blur via the new computerized video editing process) but the show also slipped into a shlock haven where nothing was too silly or too frenetic nor too camp. At times, it got even more absurd than DYNASTY, but FC mercifully lacked the Static Acting Directive which caused the Carringtons to seem as if they got a group rate on a lobotomy, regardless of how bad or good the scripts were at any given moment.

As a result, Season 7 is the main year I always want to fix... S4 was okay had they not been forced to abandon the Nazi treasure plot 10 episodes before the season ended. I found Season 5 (the last year Earl Hamner was there) cluttered and beige-tan (as all the soaps were in 1985 somehow) but a good murder mystery would have focused things nicely that year. I had no problem with Jeff Freilich's Season 6, except that they started to get too camp by the end of the year (I always bitch about that airport parody of CASA BLANCA between Richard and Kim Novak).

But it's Season 7 I want to majorly correct. My alternative/parallel plots are, in some case, just as far-flung, but they're way better.

Subdued Season 8 would have been okay if only it were more focused. Season 9 I'd have to see again. 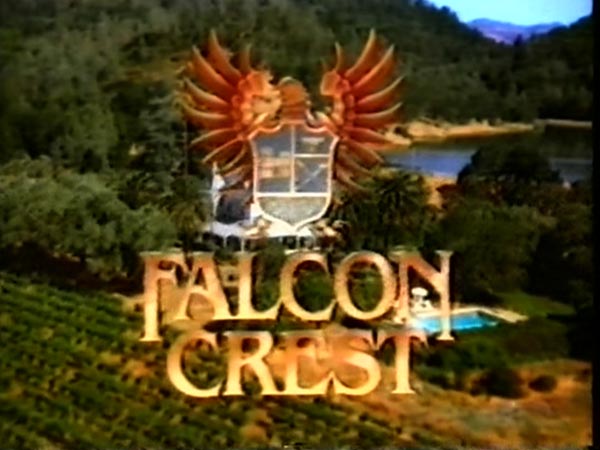