Police are searching an allotment in Hanover in connection with their investigation into a 43-year-old man suspected over the disappearance of Madeleine McCann, German prosecutors have told the BBC.

Christian B was revealed last month as the main suspect in the investigation.

He is a sex offender currently in prison in Germany for drug-dealing.

British girl Madeleine was three years old when she went missing while on holiday in Portugal in 2007.

She disappeared from an apartment in Praia da Luz on the evening of 3 May 2007, while her parents were with friends at a nearby tapas bar.


Her disappearance sparked a huge police hunt across much of Europe.

Christian B was revealed as the main suspect in the case in June, as German and UK police made a fresh appeal for help 13 years after Madeleine disappeared. 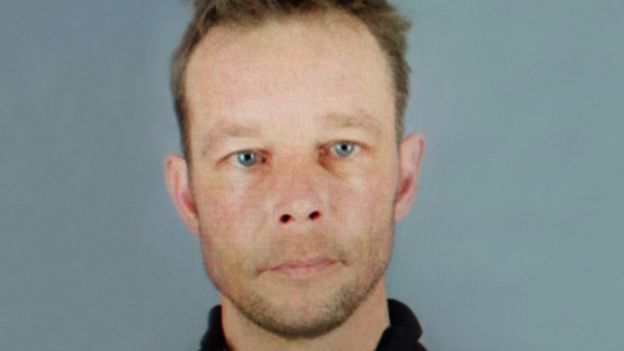 Image caption Christian B has been named as the suspect in Madeleine McCann's disappearance
He is believed to have been in the area where Madeleine was last seen while on holiday in the Algarve in Portugal.

Police said the suspect was regularly living in the Algarve between 1995 and 2007 and had jobs in the area, including in catering, but also committed burglaries in hotels and dealt drugs.

German prosecutors have previously said they have evidence that leads them to believe Christian B killed Madeleine, but it is not strong enough to take him to court.

Last month, the Metropolitan Police said the case remained a "missing persons" investigation in the UK because there was no "definitive evidence" as to whether Madeleine was alive or not.

However, German investigators have said they are assuming Madeleine is dead.

Why did you open another thread on Christian B re the McCann case?