I have a few questions about Punk. Like Jock, was Punk already retired from the oil business when Dallas first aired? I don’t recall any oil deals he did. I believe I read once that he founded the Cartel. Is that the one with Jordan Lee? I recall that he liked to dabble in some deals, like Takapa, just for what I assumed was something to keep him busy. If retired, did he have family who was continuing to run his oil company?
Was his company an equal to Ewing Oil?

Does anyone have any insight on these questions about Punk? Thanks.

I think it was never established who funded the Cartel. I´d even say that Punk was not a part of it because otherwise, he had appeared in the business plots involving them. Since the beginning, they did specify that Punk was Jock´s best friend and was mentioned often, though never seen until the episodes post-Who Shot J.R.

I think his wife´s name wasn´t mentioned until Mavis did show up. Re like their children: there was no sign they did have one. Punk didn´t retire, he sort of rode into the sunset right before George Kennedy arrived. His importance increased when Jim Davis had already died, and he joined Ray in a land business, and then when Punk and Jock went to Colombia to "help the government" re.

To me, his most meaningful role was when he helped Miss Ellie to accept Jock´s death at the end of Season 4. After that and the battle for Ewing Oil, they didn´t give him too much relevance, I guess that Clayton and he weren´t as believable as best friends. I didn´t like the way the writers used Punk at all, he was just a background character with no real weight.

I know he´s very popular around here, but he was underwritten, we only knew about his personal life when the Laurel Ellis affaire happened and Mavis revealed to Miss Ellie that Punk had been unfaithful to her with his secretary (Jock and he were quite a pair!). I liked both actors but they were called when some of the main characters needed to talk to someone out of the family, or for a business-centered plot. Even Clayton was more developed as a character than Punk (and had a deliciously nutty sister!).
Fanfics continuing in the future:
"Ewing Empire: Season 6"
"Star: A Hollywood Saga"
"Return to Knots Landing"

I'm not sure about his backstory, but it's interesting that Punk appeared in the script as early as Winds of Vengeance, the 4th episode of the entire series, but not in person until years later.

Also, around the time Miss Ellie had the mastectomy and wasn't feeling up to seeing people yet, Jock mentioned going to Punk's ranch to see him 'run his 2 year-olds', which seemed like a yearly tradition that he and Miss Ellie usually attended.

Herofan said:
I have a few questions about Punk. Like Jock, was Punk already retired from the oil business when Dallas first aired? I don’t recall any oil deals he did. I believe I read once that he founded the Cartel. Is that the one with Jordan Lee? I recall that he liked to dabble in some deals, like Takapa, just for what I assumed was something to keep him busy. If retired, did he have family who was continuing to run his oil company?
Was his company an equal to Ewing Oil?
Click to expand...

I agree with you that they could have used Punk even more than they did. I don't know if it was the writing or Morgan Woodward's acting, but he was a very realistic Texas Good Ole Boy.

I know many real life Texans just like Punk, and I'll use those real life people to build a back story for him:

Punk probably started his company back in the 1950's and 1960's. It would have been a company that manufactured equipment for the oil fields. Or an oilfield services company that does service on existing wells. And here is how the deals would have gone.

Jock: So, Punk. Are your rigs busy?
Punk: My sweet crude rigs are out, but my sour crude rigs are just sitting.
Jock: Well, if I can get them cheap enough, maybe I can pump off Ewing 9 while oil prices are up.
Punk: What do you have in mind?
Jock: Can I rent your rigs for three million over the summer?
Punk: Hell, Jock. Why don't you just buy them outright for five million?
Jock: Good deal. Then I can use them again next year.
Punk: Let's drink to it. Dora Mae!

And this is how Punk would have made his money. So why don't we see him running his business on a day to day basis on the show?

Because Dallas began in 1979, after two huge spikes in oil prices. During one of these price run-ups, one of the seven sisters would have gone to Punk and offered him piles and piles of money to buy his company. So the Punk Anderson you see today is one who built a company and sold when prices were good. 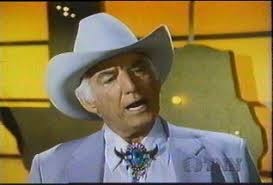