RIP Ray Clemmence - a great goalie back in the day 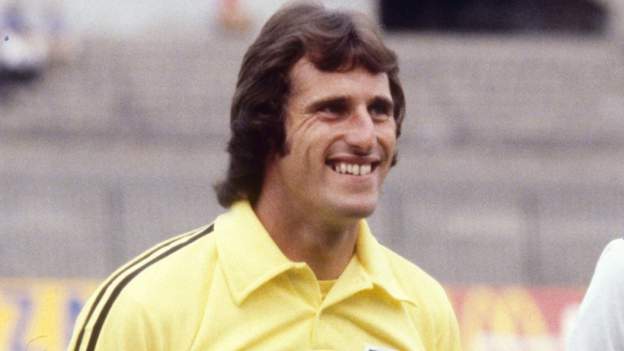 In a statement on Sunday, the Clemence family said he "passed away peacefully today surrounded by his loving family".
"After fighting so hard, for such a long time, he's now at peace and in no more pain," they added.

Clemence, who won five league titles and three European Cups with Liverpool between 1967 and 1981, was diagnosed with advanced prostate cancer in 2005.

He also lifted the FA Cup, League Cup and two Uefa Cups during his time at Anfield.

In total, he made 470 league appearances for Liverpool before joining Tottenham.

During his seven-year spell at Spurs, Clemence helped the club retain the FA Cup in 1982 and clocked up 330 appearances.

The legendary goalkeeper, capped by England on 61 occasions, also worked on the north London club's coaching staff and was inducted into the Tottenham Hotspur Hall of Fame in November 2014.

Clemence made his England debut in 1972 and spent the majority of his 11-year international career in a battle with Peter Shilton for the number-one shirt.

He captained the Three Lions for the first and only time in a narrow defeat to Brazil at Wembley in 1981 and later took up the role of goalkeeper coach with the Football Association. 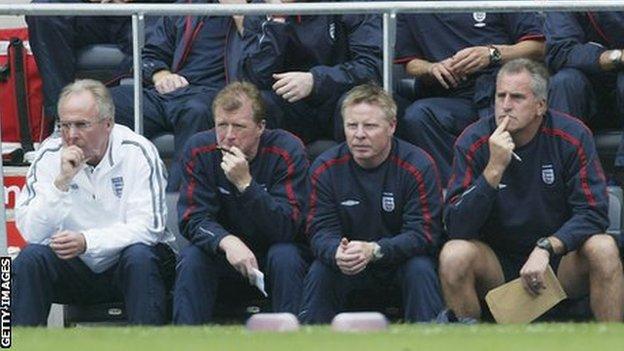 Clemence (far right) was England goalkeeper coach under Sven-Goran Eriksson (left)
His wife Veronica,son Stephen - current assistant coach at Newcastle United -and daughters Sarah and Julie added: "The family would like to say a huge thank you, for all the love and support that he's received over the years.

"He was loved so much by us all and he will never be forgotten."

: "I'm absolutely devastated to be told of the sad news that Ray Clemence has just passed away. We were rivals but good friends.

"Ray was a brilliant goalkeeper with a terrific sense of humour. I will miss him a great deal as we've kept friends long after retiring. RIP my friend."

Liverpool great Sir Kenny Dalglish added: "Today we have lost a true legend. Clem was a fantastic team-mate and great to be around. I will never forget how he helped me to settle in at Anfield.

"Our thoughts are with the Clemence family. RIP Clem."

I saw this on the BBC evening news and I was a bit surprised how little coverage this news received. When I was a boy he was one of the most high profile footballers around thanks to the massive and consistent success of Liverpool in that era so I thought it would have been given more prominence. Sir Kenny is right when he said "we have lost a true legend". Sad news.