Teen killer sobs in court over his shootings at BLM march

The judge got the result he worked for.

Angela Channing said:
The judge got the result he worked for.
Click to expand...

And the prosecution helped. Their closing arguments were good, but by then they'd already sunk their own case. 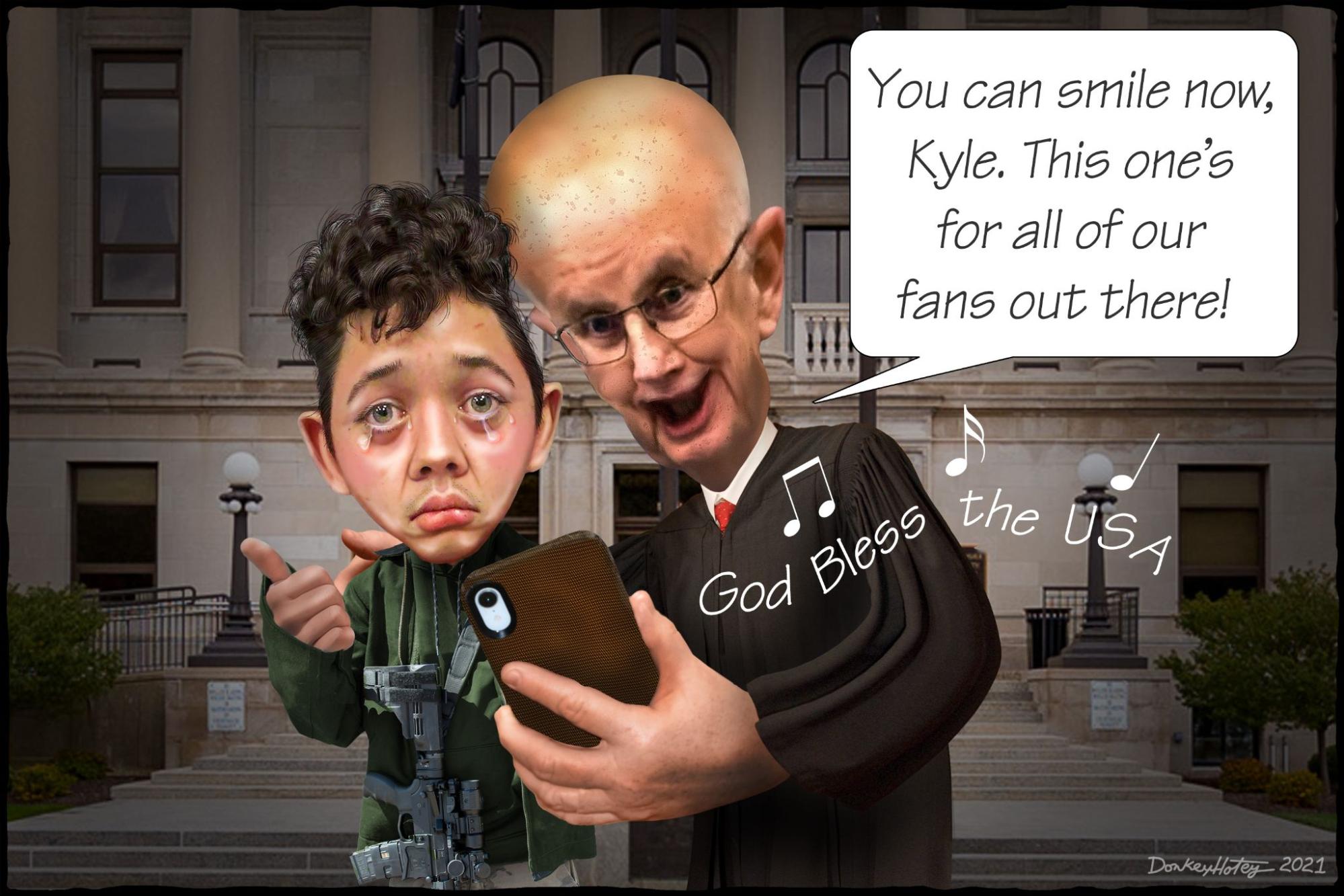 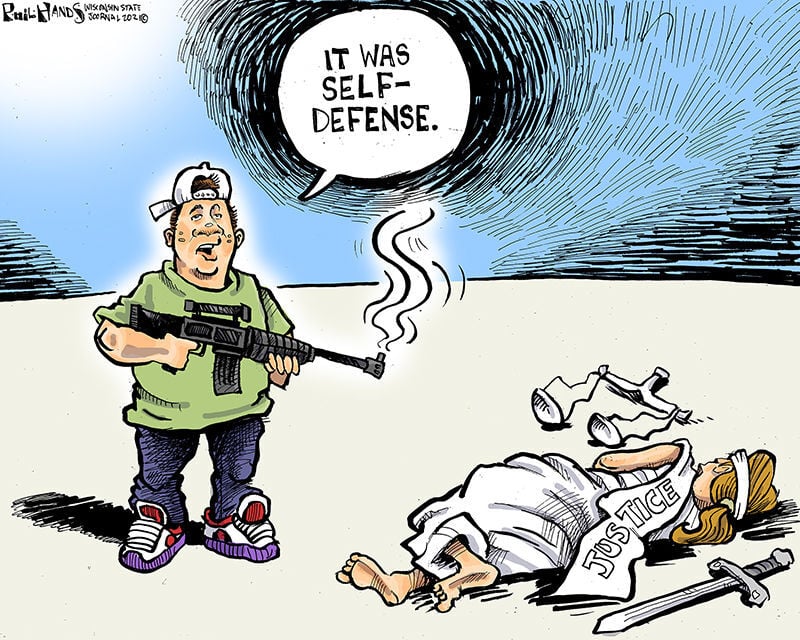 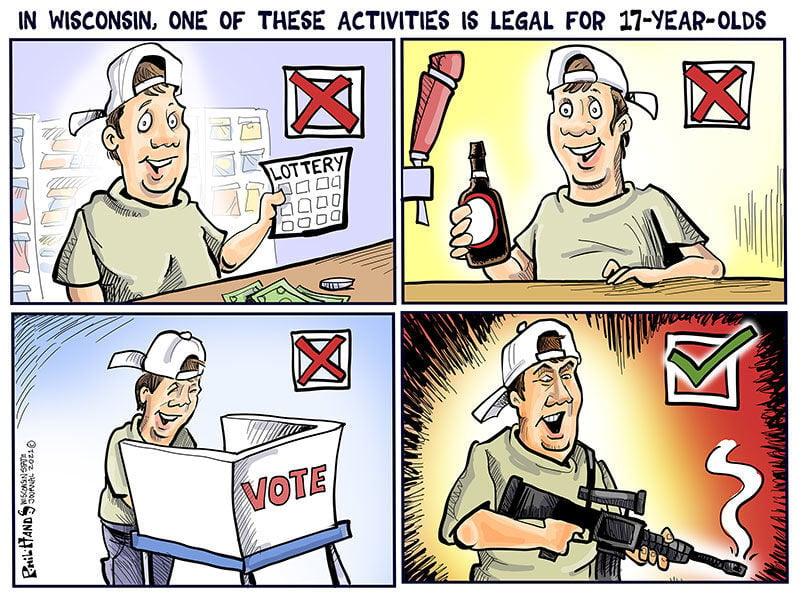 Am I allowed to say that?

Am I allowed to say that?
Click to expand...

Fair enough. In hindsight, he's not that pretty either.

Sarah said:
Fair enough. In hindsight, he's not that pretty either.
Click to expand...

Maybe if he's loses that baby fat. And that assault rifle.

Kyle Rittenhouse was found not guilty on all six charges today, already causing a great exploding of heads in the pundit-o-sphere. Unrest wouldn’t be surprising. How could it be otherwise? Colleagues in national media spent over a year telling the country the 18-year-old was not just guilty, but a moral monster whose acquittal would be an in-your-face affirmation of systemic white supremacy.

It used to bother me that journalists were portrayed in pop culture as sniveling, amoral weenies. Take William Atherton’s iconic portrayal in Die Hard of “Thornburg,” the TV-news creep who gasps, “Tell me you got that!” with orgasmic awe when an explosion rocks the Nakatomi building. I got that — I’d seen that face on reporters.

But risking the life of hero John McClane’s wife Holly by putting her name on TV, and getting the info by threatening the family nanny Paulina with an immigration raid? We’re bad, I thought, but not that bad. I got that it was a movie, but my father was a local TV man, and that one stung a bit.

MSNBC Thursday pulled a Thornburg in real life. Police stopped a man named James Morrison who was apparently following a jury bus, and said he was acting at the direction of a New York-based MSNBC producer named Irene Byon. Even if all you’re after is a post-verdict interview, if a jury gets the slightest whiff that the press is searching out their names and addresses, that’s clear intimidation. People will worry about the safety of their spouses and children as they’re deliberating. Not that it matters to anyone but the defense, prosecution, judge, jury, and taxpayers, but you’re also putting the trial at risk. I’ve covered plenty of celebrity trials, from Michael Jackson to the Enron defendants, and know the identifying-jurors practice isn’t unheard of. However, in a powder-keg case like this, it’s bonkers to play it any way but straight.

We’ve seen Die Hard-level indifference to social consequence from the beginning of this case. The context of the Rittenhouse shootings involved a summer of protests that began after the police killing of George Floyd, and continued in Kenosha after the shooting of Jacob Blake. We saw demonstrations of all types last summer, ranging from solemn candlelight vigils and thousands of protesters laying peacefully on their backs across bridges, to the burning of storefronts and “hundreds” of car thieves stealing “nearly 80” cars from a dealership in San Leandro, California. When the population is on edge, and people are amped and ready to lash out, that puts an even greater onus on media figures to get things right.

In a tinderbox situation like this one, it was reckless beyond belief for analysts to tell audiences Rittenhouse was a murderer when many if not most of them had a good idea he would be acquitted. But that’s exactly what most outlets did.

Reporting certainly sucks across the board. The anti-vax, anti-mask, pro-Trump crowd see Kyle as a hero who was "clearly" engaging in self-defense, while the anti-Trump crowd assume Kyle is a crazed, blood-lusty maniac.

I like to think he's a blood-lusty maniac who thought he was defending himself. But had to drive across state lines to do it. 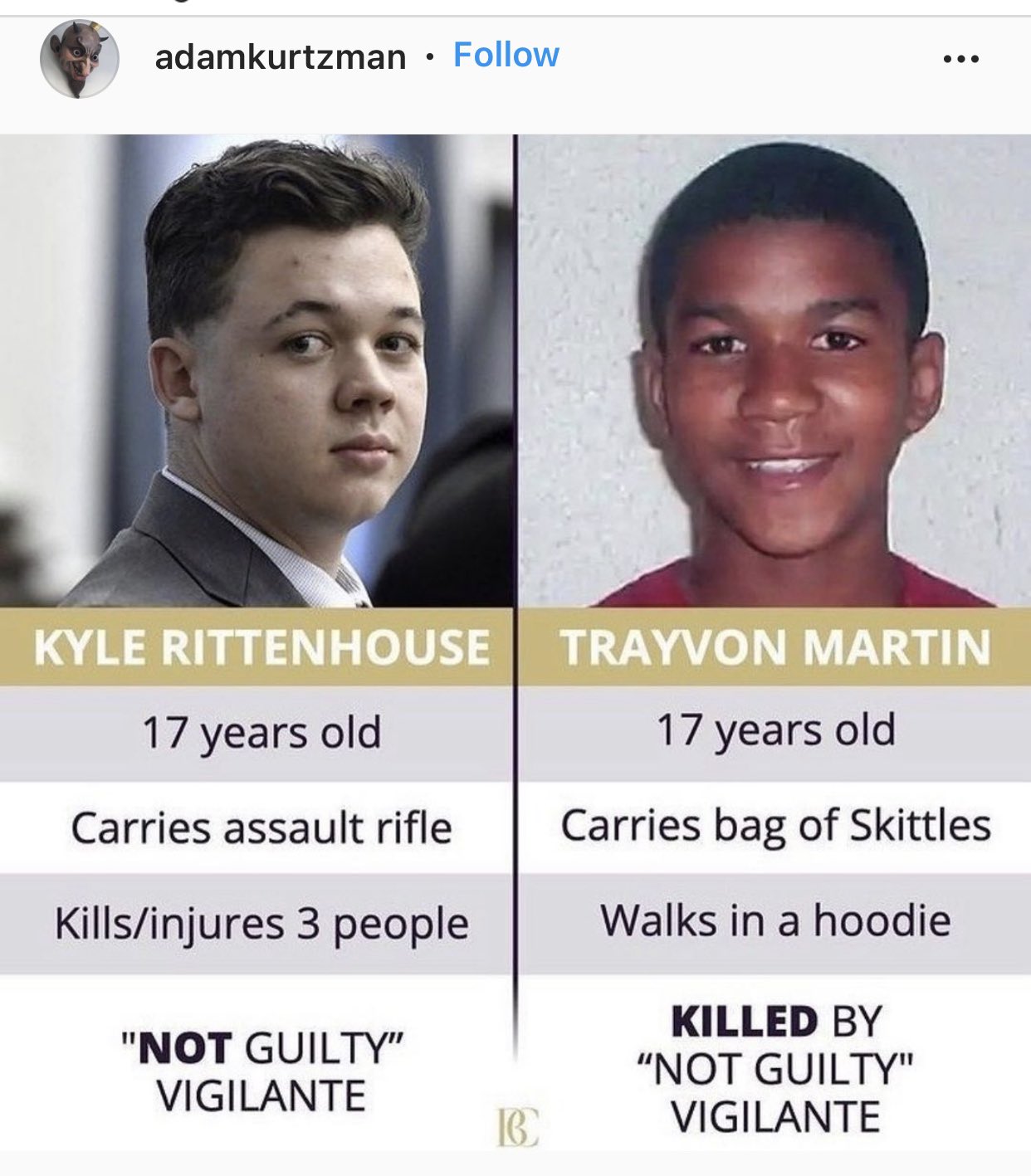 The kid is such a ham.

This is more interesting than the Tucker interview...

Joseph Rosenbaum, the first to die, seemed to be on self-destruct and one could theorize his actions that night constituted a successful suicide attempt.

Having served time for pedo activities, he had just been released from a psychiatric hospital after an overt suicide attempt. His ex-girlfriend told him not to go downtown where the BLM protests were, so he went straight there. He was caught on video daring people to shoot him, and using the N-word left-and-right, eventually chasing the heavily-armed kid before getting shot. Then the crowd went. after the kid and the rest is history.