Victoriafan3 said:
2. Standing watching over Dee Morrell as Dee is having heart palpitations and we wonder will Patricia give her her medicine or will she leave her to die? That moment of hesitation and suspense...
Click to expand...

I remember that scene and it still resonates today. Side note. Mary Ward the actress playing Dee Morrell is 105 and still thriving...

Exclusive: Even in lockdown, enduring Prisoner star is still radiant.

Victoriafan3 said:
Anyway, if it doesn't count as a mean scene then please use choice number 11
Click to expand...

Victoriafan3 said:
in front of everyone..."They hate me (sobs), my children hate me"
Click to expand...

It's not a villainous scene, but it does illustrate how she often perceives herself as the victim, regardless of all the damage she's done.
And because it's all about her, rather than how it's affected John and Angela, it seems narcissistic enough to consider it a wicked moment, imho.

Oh - I was lurking and waiting for everyone else to go so I could cherry pick from everyone's choices (I think that's called the Kevin Palmer Exam Failsafe). But I'll get onto it in the next day or so.

1. Jennifer Healy’s abortion
Because of how coldly single-minded she was and how little she cared for Jennifer's genuine predicament, but how she disguised it all as warm maternal sisterhood.


2. Martin Healy’s suicide note goes up in flames
She really enjoyed the moment and smiled her way through.


3. Keeping Fiona from James Sheppard during his last hours
Last wishes and long-term friendship be blowed. It's all about what makes Patricia's life more enjoyable.


4. Telling David that Jim has impregnated Beryl
I remember being a little shocked by her twist on the situation last time I watched. It's an ugly distortion of the facts, cleverly future-proofed by passing it off as gossipy hearsay. Even if the truth comes out, Patricia's arse is covered.


5. “We’ve got a dreadful line, Susan”
I find someone who can lie on the spot quite terrifying. Once again, the genius lies in how close she stays to the actual facts while judiciously editing the story she relays into one that will get the response she wants. The fact that she did it extemporaneously shows how easily and naturally she can tell a convincing lie in a way that allows for no comeback to her if and when the truth comes to light.


6. Orchestrating an outburst from Gordon so that John may overhear
Gordon's so nice it's difficult for him to understand how manipulative someone can be. And therefore very easy for him to be manipulated.


7. The Rape Ruse with Terry and Jill
Patricia's at her malevolent best when she shows an almost sociopathic disregard for someone's past traumas or feelings if she can use them as a means to an end.


8. “I was pregnant when I met you”
A secret told in the heat of the moment isn't a wicked act on paper. But the fact that it was her knee-jerk response, spoken to cause retaliatory hurt shows how Patricia is wired. And - more importantly - the fact that she happily trapped David into becoming the father to someone else's children shows the longevity and deep-seated nature of her manipulations.


9. Threatening to turn David against Kevin
Simply because loving relationships mean nothing to her unless they serve her purposes.


10. Scheming with Charlie to seduce David.
Like the Jurassic Park raptors, she used teamwork to get her claws into her intended victim.

Gosh I had completely forgotten about that. Despite the fact that James Sheppard had created such a peculiar connection between the leading ladies of the Aussie Hit show.

The whole thing about that dress was wonderful, especially since they didn't take the obvious route. And that "missed" opportunity inadvertently put the emphasis on the gravity and thought process behind it.
S&D (like Knots and Peyton Place) often surprised me with these little surprises.

Mel O'Drama said:
I find someone who can lie on the spot quite terrifying
Click to expand...

I'm not sure if I'd understand that there was something fishy going on if I didn't know the characters and watched this scene out of context.
There's no devious expression on her face and the score may as well apply to Susan or the fact that there is a miscommunication.
Maybe, later, I'd realize that I could hear Susan's voice perfectly.

This has been a particularly challenging round thinking about (and forgetting) some of Pat’s best worst moments.

Thanks for jogging my memory too Mel. I’d forgotten also about Patricia keeping Fiona away from James. Everything about what Patricia did to Paul Shepard (except with Angela) I’d forgotten lol

Willie could you please change #10 on my list to Patricia keeping Fiona away from James in his dying hours? Thanks!

OK, these are mostly completely ripped off from your three fine lists:

1. The fake rape accusation -- maximum lying, maximum self-preservation, maximum pain inflicted on everyone involved but especially Fiona -- with fascinating, morally complicated results. The image of Patricia sitting up in bed coolly lying her head off lingered in my memory for years after I first saw it, but I couldn't quite remember the circumstances leading up to it (I was sure she was married to Gordon at the time).

2. "I didn't care about him twenty years ago and I don't give a damn now" -- more ruthless self-preservation

3. “We’ve got a dreadful line, Susan” -- a wedding, a pregnancy gone wrong, a terrible lie: the perfect soap storm.

6. Keeping Fiona from James Sheppard during his last hours

7. Paying Leigh to do her dirty work after she's gone -- maybe more for the clever plotting than wickedness itself, but it's still pretty wicked

9. Telling David that Beryl is pregnant to Jim O'Brien -- so spitefully done.

10. Scheming with Charlie to seduce David -- good times!
Last edited: Sep 11, 2020
“All art is unstable. Its meaning is not necessarily that implied by the author. There is no authoritative voice. There are only multiple readings.” - David Bowie

Willie Oleson said:
Gosh I had completely forgotten about that.
Click to expand...

Victoriafan3 said:
Thanks for jogging my memory too Mel. I’d forgotten also about Patricia keeping Fiona away from James.
Click to expand...

I'm glad I could throw something "new" into the mix. My memory of specifics is getting very fuzzy already.


Willie Oleson said:
I'm not sure if I'd understand that there was something fishy going on if I didn't know the characters and watched this scene out of context.
There's no devious expression on her face and the score may as well apply to Susan or the fact that there is a miscommunication.
Click to expand...

Yes. There are no major signposts. No cunning smirks or evil looks. She's just doing her thing.


Victoriafan3 said:
This has been a particularly challenging round thinking about (and forgetting) some of Pat’s best worst moments.
Click to expand...

I feel the same, But it's been great fun also.

I feel a bit guilty for not including the shaming by bread roll. We've spent so much time using it as a frame of reference, after all.

I'll send your final list (including the adjustment) to Jill's office. Fingers crossed nobody intercepts the envelope, or swaps it for a fake one, or tries to burn it in the fireplace.

Mel O'Drama said:
I feel a bit guilty for not including the shaming by bread roll
Click to expand...

The Rattest Of Pat The Rat... 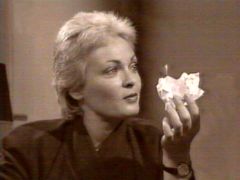 5. Telling David in retaliation that the twins weren't his children (14)
5. Keeping Fiona from James Sheppard during his last hours (14)

9. Standing watching over Dee Morrell as Dee is having heart palpitations (9)
10. Orchestrating an outburst from Gordon so that John may overhear (7)

Thanks for tallying those Willie. Very close between number one and two! I’ve just watched the way she speaks to Jim O’Brien and Jill when Pat has an intruder leaving notes and the phone calls. She really belittles him. He says, biting his tongue, that she is a very sad woman. I’d forgotten this but it all came back while I was watching it. Another top ratty scene

Is there another topic that would be interesting for the Sons & Daughters top ten? Favourite cliff hangers, perhaps?

Sure Willie. Fav cliffhangers is good. To be clear, you mean a ranking of the six end of season fav cliffhangers as opposed to general fav freeze frames? That would either be a quick, easy round or a take a while yo think about it round. I’ve got quite a few ideas for other rounds too as we go along

Let's do all the cliffhangers, I don't even know if the season finales will make it onto my list.

Willie Oleson said:
Let's do all the cliffhangers, I don't even know if the season finales will make it onto my list. 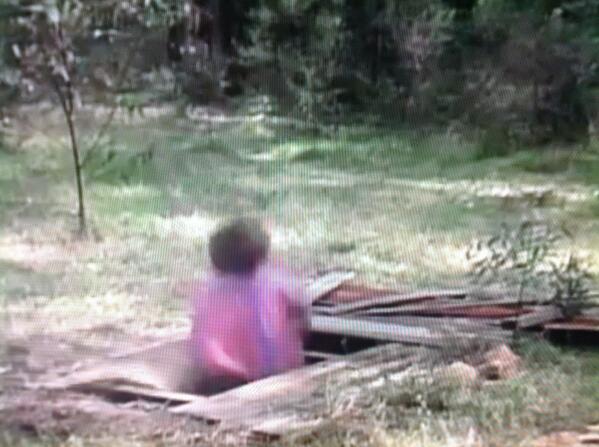 Cool. Thanks for the link for ideas and inspiration. And to be clear, is it the actual freeze frame itself or the last scene of the episode? How about we do the 6 end of season cliffhangers in a category of their own another time?? That would be an easy round. The 10 best freeze frames now will be fun and I need yo put my thinking cap on ;0)
Last edited: Sep 16, 2020

Victoriafan3 said:
is it the actual freeze frame itself or the last scene of the episode?
Click to expand...

The cliffhanger twist can happen in the freeze frame or just a moment before that, I think.

Victoriafan3 said:
How about we do the 6 end of season cliffhangers in a category of their own another time??
Click to expand...

Sure, but it'll take some creativity to make a top ten out of six season finales

Has anyone mentioned the famous exploding hoover cliffhanger? That's my all time fave, episode 818:

Fiona's ominous dialogue: "If you were going to kill me, you'd have done it before now" followed by that close up of her foot and the stunt double catapulted backwards....... In terms of shock value and special effects, this makes Bobby in the shower and the Moldavia Massacre just pale in comparison...