Did you get children knocking on your door this year begging for sweets while wearing fancy dress?

Around my way it is getting out of hand and last year I had 12 groups of strange children knocking on my door begging for sweets. This year I had to go out for the evening to avoid being constantly disturbed every 15 minutes by brats demanding sweets of money.

Not sure if it's because we live in a cul-de-sac, but the past few years we've found no one knocks on our door because we don't have a pumpkin or anything saying it's Halloween. I see trick or treaters knocking on the doors of those that have a pumpkin. Maybe it's more a northern thing, or because of how our street isn't a walkthrough.


Angela Channing said:
Trick or treating has to be one of the worst imports from the USA to Britain ever.
Click to expand...

It seems (as I see it on the news) that more and more people are using this as an excuse for their anti-social behaviour.
(Land of the free, land of the free)
There's room for you and for me
​

Angela Channing said:
Trick or treating has to be one of the worst imports from the USA to Britain ever.
Click to expand...

I'll change your sentence to has to be one of the worst imports from the USA to Australia ever. I understand this is a huge deal in the U.S. It's entrenched in their culture but it has never been relevant here in the Australia. The only time I heard anything about Halloween growing up was the movie. For the last several years major supermarkets and department stores here in Australia have desperately tried (unsuccessfully) to kick-start this, namely to increase sales and profits. Weeks later and those same supermarkets and department stores are flogging off the merchandise at half price. The only thing I buy are the chocolates because suddenly they are in abundance and on special. The chocolates however are not for the local snots, they're for me

And why is it as parents we raised our kids about stranger danger and then let them think it's okay to walk up to a strangers property and accept lollies? Go figure

and if you read your history Trick or Treating didn't originate from America.

The practice of wearing costumes or masks during this sort of end of Autumn celebration comes from a Celtic end of year (they celebrated their New Year on November 1) Samuin tradition. During Samuin, young men impersonating evil spirits by dressing up in white costumes with blackened faces or masks. It was believed that during the transition from one year to the next, the realms of the living and the dead would overlap allowing the dead to roam the Earth again. Thus, by dressing up as spirits, they were trying to fool actual spirits into thinking they were as well, which is particularly helpful when encountering evil spirits.

Beginning in the 8th century, the Catholic Church was trying to provide an activity that would hopefully stamp out the old Samuin traditions. They came up with “All Hallows Even (evening)”, “All Soul’s Day”, and “All Saints’ Day”. Many of the traditions of Samuin were then adapted into these festivities and by the 11th century, the Church had adapted the Celtic costume tradition to dressing up as saints, angels, or demons during this celebration.

As for the trick or treating, or “guising” (from “disguising”), traditions, beginning in the Middle-Ages, children and sometimes poor adults would dress up in the aforementioned costumes and go around door to door during Hallowmas begging for food or money in exchange for songs and prayers, often said on behalf of the dead. This was called “souling” and the children were called “soulers”.

Once guising morphed into trick or treating, children no longer performed for treats, but instead vandalized and extorted for their confectioneries. The earliest known reference to “trick or treat”, printed in the November 4, 1927 edition of the Blackie, Alberta Canada Herald, talks of this,

and to think.....Amercia gave you Dallas, Dynasty, Falcon Crest etc.

You have been posting about these shows for years and years and I see you both enjoying posting with others about them.

From a proud American Girl

Rove said:
The chocolates however are not for the local snots, they're for me
Click to expand... 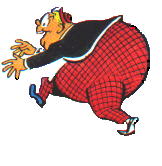 I live in a secured building, so the trick-or-treaters don't get to our doors. It's just as well, because the average age in this town is about 67 and the caramel gets stuck in their dentures.

Times certainly have changed in regards to trick-or-treating here in the US. In my youth, the goal was collecting the biggest bag of candy you could possibly amass. It was all about the swag, baby. A parent would drive us to the more upscale neighborhoods because they'd give out the better (larger) candy. Tr/tr did not begin until well after dark. If the house had its porch light on, they were handing out candy. Light out = nobody home or the candy's all gone. The rich kids could afford store-bought costumes, while the less-affluent had to make due with handmade/hand-crafted costumes. We'd park at the end of a street and fan out to all the houses, but there was rarely a mapped-out plan. We'd stay out as long as our parents were willing to play chauffeur.

Now? It's as if some group has secretly convened with the express purpose of draining every last ounce of fun out of the tr/tr experience. Even the young parents of kids today have no idea what is used to be like, compared to the minefield of rules it has become.

It is recommended that the kids tr/tr before sundown. They're given a laundry list of 'safety rules' such as reflective tape and/or flashlights as costume accessories; no masks that obstruct their vision; no 'trailing' costume parts that could get snagged or tripped over; only tr/tr at the homes of family friends or acquaintances; always have adults accompanying the tr/tr groups to doors (don't tr/tr alone); have the adults inspect all the candy before eating; don't take "unwrapped" candy or handmade items like cookies*. It's now commonplace for some to give out [ugggh] pencils and erasers, dried fruit or bags of nuts in place of candy. Unless you're a flight attendant, I don't want a tiny bag of peanuts from you. In my youth, someone giving out non-candy items usually got an audible "groan" from the kids (some may have gotten an egg to the door, but I can neither confirm nor deny). There's also the so-called "clever trick" of putting an empty bowl on the doorstep with a sign saying "Please take one each," to give the idea that there had been candy, but someone else took it all. That hasn't fooled anyone since 1997.

I think the "mission creep" of over-decorating and going overboard with costumes for adults at Halloween is a by-product of all the fun being strangled out of the tr/tr experience. People want to have fun, and they're going to find it one way or the other.

* If you do a little research, there hasn't been a single case of anyone tampering with Halloween candy and giving it to random kids. For most of the 1990s there were doctor clinics offering to X-ray kids' candy because of the urban myth that people inserted razor blades into Halloween candy and some kids had been hurt. And yet people still believe that since it could happen, they should be inordinately worried about it.

Oh, and yeah--trick-or-treating started in Ireland.. All we did was add a lot more high-fructose corn syrup.
Last edited: Nov 3, 2019

I find if you pull a gun on them they usually don't come back.

If you play your cards right, you can get a bag of candy out of the deal, too!

Yeah, the one where the kids have stashed their razors.

What happens if you answer the question (option) with "trick"?

Fortunately dont have kids near me so thats a bonus - all grown up!!

I have to say and apologies to all Americans, but totally cheeses me off at how "American" halloween has got

I carved a lantern out of turnip not Pumpkin

Its on the same par as Proms!! proms for 4 year olds who are leaving nursey school or 11 year old in limos before going to high school, and parents knee deep in debt to pay for it all

BBG get me the shotgun out of the hall cupboard please!

Barbara Fan said:
Its on the same par as Proms!! proms for 4 year olds
Click to expand...

And graduation ceremonies for elementary school! I agree it's ridiculous. Take the most BORING ceremony known to mankind and force it upon kids too young to understand it, much less know how to fake enthusiasm for it. One graduation is plenty, thanks.

But the worm has turned in terms of costuming. Now it's the rich kids who have elaborate, hand-crafted costumes and the poor kids are stuck in the pre-fab, poor-quality costumes from a factory in China.

Barbara Fan said:
Fortunately dont have kids near me so thats a bonus - all grown up!!

I have to say and apologies to all Americans, but totally cheeses me off at how "American" halloween has got

I carved a lantern out of turnip not Pumpkin

Its on the same par as Proms!! proms for 4 year olds who are leaving nursey school or 11 year old in limos before going to high school, and parents knee deep in debt to pay for it all

BBG get me the shotgun out of the hall cupboard please!
Click to expand...

I'm an American, and I agree with you
on how extreme everything has become. I loved Halloween as a kid, but it was simple and fun. Graduations, sweet sixteens, proms, and weddings here have become ridiculous. Graduations in kindergarten, high school graduations that go on for hours, sweet sixteens that cost thousands, prom goers going away for the weekend(without adult supervision) and getaway weddings where the bride requests a minimum cash gift! Does this go on over there across the pond?
There are so many things that go on in the U.S. here I feel like screaming like that health guru in the 90's whose catch phrase was "Stop the Insanity!!!"

While I'm ranting, is it as noisy in Europe as it has become in America? I'm talking about people at restaurants who talk very loudly on their phones, stores that blast music inside and outside,and people who play their cells on trains super loud. It's way more than it used to be.

I just stumbled across this little trick or treat. Starts at around 1.47:

That Bowie Girl said:
and to think.....Amercia gave you Dallas
Click to expand...

...and every day I offer my thanks to America for giving me Dallas.

Rove said:
...and every day I offer my thanks to America for giving me Dallas.
Click to expand...

It's all good. I was 99% joking but I don't think people took it that way.

I am full blooded Amercian and

Karin Schill said:
I just stumbled across this little trick or treat. Starts at around 1.47:
Click to expand...