Not sure what to make of our dear Esme. She seems intent on getting together with the other teens (Spencer, Trina, Josslyn, Cameron) to rent a cabin for a weekend. First of all, girlfriend obviously has NO money, even if she's covering it well. Spencer is also cash-strapped these days (and out on bail), and the other three teens are newly enrolled in college (read: busy). It's nearly winter in upstate New York, so it would not be the most comfortable weekend. Now that we have confirmation that Esme has some sort of connection to Ryan Chamberlain, I'm wondering if they're taking us back to the classic teen slasher movies of the 1980s (a group of teens in an isolated cabin in the woods with an insane killer on the loose) with Esme as the insane killer.

Not sure how it would translate with these teens, though. Esme is manipulating Josslyn into having sex with Cameron (and vice versa), and one of the tropes of slasher movies is that two teens sneak off to have sex, only to be murdered by the insane killer. But another trope is that the black character is always the first to go down, and we all know Trina ain't going down---she's the smartest girl in the room most of the time. If anything, she'd be the one to save them all. And what about Spencer? Would Esme also kill Spencer just to silence him? I guess it depends on whether Esme really does care for him (or his money), or if she's doing all this just for Ryan's benefit.

Queen Grahn got what she wanted or at least she's going all the way to get it.

She's such a hypocrite:

You'd think she would have learned by now that if you live by the sword, you will die by the sword. She will probably realize too late that if you assemble the Twitter mob against an enemy, that mob will turn on you just as quickly because you can never be "woke enough" for them. She need only look to that model (is that what she was?) Chrissy Tiegen, who went from hero to zero in the blink of an eye.

What I like about GH is that, unlike other soaps, there are still minor characters like N'neka and Yuri around. Ms Wu could be on the rise, which I would enjoy.

I was surprised to see Kip and Linc again this week, also scout Wyatt was back a while ago.
Last edited: Nov 13, 2021

Another thing I noticed was that series of scenes at Curtis's nightclub had actual EXTRAS in the background. The show (like everyone else) has been pulling all the tricks to make public places seem pre-Covid normal, but of course there is only so much one can do. There was a running joke that Phyllis and Lenny's bar in Nixon Falls never had customers, and of course that nifty new pool set only had cast members around it. If the show can now have extras, it's another step back to normal.

I get a kick out of how Yuri appears to have a thing for Monica---his attention to her well-being is more than just bodyguardish concern. I get the feeling he would gladly take a bullet for her if it came to that. If they could also get Alice back to the Quartermaine mansion, then that place would be more secure than Fort Knox.

After viewing the scenes between Sonny ("Smike") and Nina on Thursday, I'm going to call it right now: when Nina's case goes to court, Sonny's going to make sure the case falls apart. Not only will he not cooperate, he will make it clear to the judge that he doesn't feel Nina "victimized" him and wants the case to go away. Oh, the joy of seeing Carly's head explode. Oh, the added bonus of seeing that spineless brat Michael see his plan go down in flames.

It had been suggested in dialogue many years ago that Brad was part of the Wu family (from the Asian Quarter storyline many years ago), but now they're saying that Brad is Ms. Wu's nephew. Nice call-back, but now it makes no sense that this was never brought up before. Julian Jerome would have faced some retaliation from the Wu family for trying to kill Brad, and Sonny would have been more "nuanced" in his efforts to make Brad pay for keeping Wiley from Michael, for fear of rubbing Ms. Wu the wrong way.
Last edited: Nov 13, 2021

Even Variety is worried about Steve Burton's Jason: 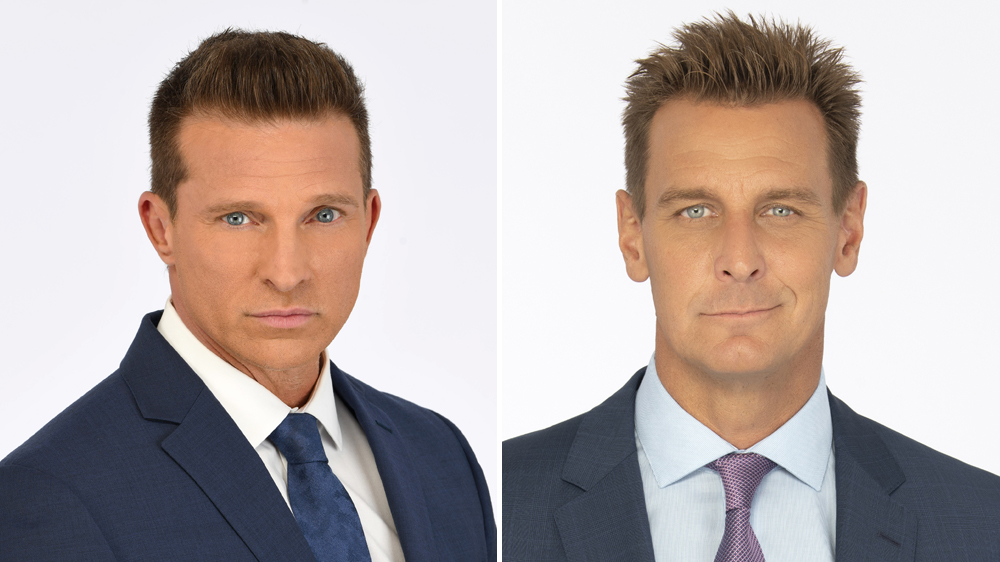 After refusing to comply with the vaccine mandate at “General Hospital,” Ingo Rademacher — who has played Jasper “Jax” Jacks on the long-running soap opera since 1996 — was ousted from the show, an…

I am stunned that only two actors decided against the vaccination. Of the primetime Disney shows, it was only 911's Rockmond Dunbar, whose role is not important to the series, so Disney's strategy seems to work or there are many fake vaccination certificates in circulation.

Note: I posted a story I read online that said SB was hastily written out because he had gotten the first vaccination, but had not gotten #2 before Nov. 1st arrived. They only wrote him out temporarily, since he'd get #2 and be welcomed back in the New Year. Well, NOT TRUE! (I deleted the original posting)

Like he said, it is a pity that such a choice---get vaccinated or get fired---had to be made, but there ya go.

Since GH is the only one that has instituted a vaccine mandate Steve Burton could return to Y&R. I never liked Jason much, so I was worried when SB joined Y&R, but I don't know why he won me over on Y&R and since then I like him more on GH. Maybe Billy Miller could return as the real Jason and viewers find out that Susan gave birth to triplets and that the real Jason was hidden for 10 years.

I think his time on Y&R was purely at the behest of then-EP, Jill Farren Phelps, who had an annoying tendency to hire refugees from other soaps she destroyed. Once she was deposed, he did not stick around there much longer. My guess is that SB will be rehired once the vaccine mandate is either dropped or the rules loosened up to the types of precautions the other soaps have.

I know my mind should not go there, but I can't help it: notice how Miss Grahn seemingly has no Twitter opinions on SB's departure? She never passed up an opportunity to drag Ingo R, even firing up the Woke Child Mob on Twitter to cheerlead for his firing. And yet Burton's departure elicits not a single snappy retort? One would think her "workplace safety concerns" were actually the product of a personal feud with a certain colleague whose politics she detested. Maybe his well-chosen, positive comments were such that even she knew she'd end up looking like a shrew if she weighed in. Or maybe now that she has her pound of flesh (IR), she's satisfied for the time being.

I’m just curious as to why the other soaps haven’t followed GH with vaccine mandates of their own? You would think they’d all be in sync with their policy considering it’s all part of the same genre. Am I missing something here?

Maybe too many cast members aren't vaccinated on the other soaps. I suppose no soap can afford to lose a lot of cast and upset fans. Cancellation is never far away for any soap, so the status quo is better. As part of Disney, GH couldn't have made any exceptions. Actually, they were lucky that only two actors decided against the vaccination.
Last edited: Thursday at 12:21 PM

Monzo said:
As part of Disney, GH couldn't have made any exceptions.
Click to expand...

It goes without saying that Disneyworld and its satellite operations employs substantially more people than Prospect Studios (where GH tapes), and the employees interact with many, MANY more strangers than the employees at Prospect. It's difficult for them to say with a straight face that their decisions have more to do with prevention of Covid spread than any other concern, since they folded like a cheap tent when the Governor of Florida stood up to them.
Last edited: Thursday at 4:50 PM
Share:
Facebook Twitter Reddit Pinterest Tumblr WhatsApp Email Share Link
Top