What did you like the most about the New Dallas?

darkshadows38 said:
i just wish he would have trimmed those eyebrows
Click to expand...

I wish I could rate this "Funny" like on the old forum.

I love that Cliff outlived J.R. and crashed the funeral/reception. That was rather amusing. The HD clips of Southfork were nice.
It was nice to see some of the old actors back again.
The idea that it was going to be a continuation, not a reboot (whether or not this happened, I did appreciate the gesture).

Seeing Larry Hagman as ol JR!
JR Ewing -
"Is that a fact" ...."Nobody, but nobody double crosses JR Ewing".

Southfork looked really nice in HD and it was great to see Linda and Larry again (PD not so much. Bobby was just too smug and Patrick's praise for Cynthia and the show was beyond ridiculous).
Apart from that, I didn't like much about it and fortunately I have already forgotten most of its horrible storylines and ludicrous characters (including Cliff, sadly!) and I can still enjoy the original show just as much as I used to.

Only watched the first season and I thought the casting was good, especially John Ross. But the set designs were so awful, it looked like Models Inc!

Michelle Stevens said:
Seeing Larry Hagman play JR Ewing one last time. For years I never thought I'd see it. There were other things I liked but Mr. Hagman's part was my favorite.
Click to expand...

You and I both had the same favorite thing about the New Dallas! Watching Larry Hagman play J.R. Ewing again was a lot of fun and he stole the show!

Ray&Donna said:
I love that Cliff outlived J.R. and crashed the funeral/reception. That was rather amusing.
Click to expand...

I had forgotten Cliff crashed the funeral. I think I've forgotten most of the storylines. I do remember Bobby doing one good thing which was giving Cliff the choice to confess to what he did, or stay in prison and probably be punished more harshly. It was right in character of that loser Cliff to make the self-destructive choice he did. It was one of the few good things about the show - Cliff didn't get away with killing his daughter's unborn twins when he had a building with innocent people in it bombed. That crime was too disgusting even for Cliff to commit and showed Cidre's lack of understanding of the character. None of the main ensemble of original characters would have had a place full of innocent people bombed. I remember how JR said to himself in the original series season 9 when thinking about Pam being kidnapped in Colombia: "If anything happens to that woman because of me I'll never be able to look at myself in a mirror again."

BD Calhoun said:
Seeing Larry back as JR one last time, watching Sue Ellen battle with alcohol again after his death, having Pam finally laid to rest, JR's memorial, and the kitchen argument between Sue Ellen and John Ross. I also thought Harris was a great villain in season 1, Pamela Rebecca and John Ross were well cast, and Cliff's snarky side in season 1 was true to form, unlike the monster Cidre turned him into in season 2.

Other than that, the rest of the show pretty much sucked for me.
Click to expand...

Exactly. You said it all and you said it well.
My Dallas tv show merchandise collection

angela channing said:
It's really hard to think of anything positive to say about New Dallas. I too liked that the show was cancelled. Sadly, my memory of Dallas is now so badly tarnished, I haven't watch a single episode of the original series since New Dallas ended. Thankfully, I still have fond memories of Falcon Crest.
Click to expand...

I did a fan fiction of falcon crest (or started it). I'd appreciate your feedback on it. I tried to be loyal to Richard and Emma. My only regret at this point is not adding Lance but my goal was to focus on the 2nd generation and move on. I do mention him of course. I also didn't continue Lauren. I wasn't happy with the last season and wanted to move on (which is another reason not to include Lance - leaving him married). I do have an idea for him and Melissa (yes Melissa). My focus is on Michael, Kevin and the development of Cho Li's family. Anyway, any feedback would be appreciated.

Kenny Coyote said:
I had forgotten Cliff crashed the funeral. I think I've forgotten most of the storylines.
Click to expand...

And that reflects poorly on the writers/producers and showrunner of Dallas TNT. It's weird that I can easily recall story arcs from Lorimar Dallas but find it difficult to do the same with Dallas TNT. I just remember brief moments like J.R.'s masterpiece. How they finally resolved Pam's death and Katherine's untimely demise mid-sentence by Bobby. The problem I have is Dallas TNT becomes a blur and that shouldn't have been the case.

What I loved most was this!

Josh Henderson's bulge and chest and abs and eyes ... the list goes on and on ... and on!

The best thing on TNT Dallas were the opening credits of season 3. Too bad Larry Hagman didn't make it that far. 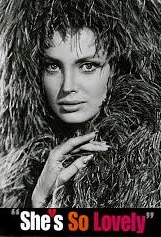 Why so small images?

Josh Henderson. He was mesmerizing as John Ross and in his interactions with his parents among other things.
Julie Gonzalo & Emma Bell. They both deserved better material than usually given, but they turned their weekly coal into near diamond.
Patrick Duffy--he played a very believable seasoned Bobby Ewing.
Brenda Strong-Mitch Pileggi--Judith Light: their gothic family drama was something that anyone other than Cidre, even a monkey randomly typing words, would have turned into ratings gold.
Larry Hagman as J.R. Ewing: I was not really into the character during DALLAS' run (found him a repetitive dull as a villain), but he served his function well and was actually more complicated now, mostly thanks to the actor and what he could do than the writing.
Linda Gray looked hotter in that show than in all the previous years together. She also brought an incredible gravitas to the show.
Juan Pablo di Pace (because I can't resist eye candy)
Last edited: Jun 2, 2018
You must log in or register to reply here.
Share:
Facebook Twitter Reddit Pinterest Tumblr WhatsApp Email Link
Top