What was the last book you read?

A moving tribute to the great triple world champion.

It's very interesting, but I wish there was as much exploration of the actual music these women made as there is on the obstacles they faced, but then not every book can be Yeah Yeah Yeah: The Story of Modern Pop.
“All art is unstable. Its meaning is not necessarily that implied by the author. There is no authoritative voice. There are only multiple readings.” - David Bowie

I have recently been asked to help Tim from Coronation Street with his reading and writing so I've just finished The Cat Sat On The Mat. He found it pretty tough going to be honest.

Because I'm really clever, I was reading Anna Karenina under the desk.

This is not George Eliot's best work. She appears to have tried to take the political comment of her previous book Romola, also not well-regarded although I enjoyed it, which was set in Renaissance Italy, and meld it with her usual milieu of rural England but the result is somewhat confused with a number of competing plotlines and no clear leading character. It's only toward the end that what perhaps should have been the main thread starts to come into focus. She seems to have gotten bored with it herself with a somewhat rushed last few chapters and an epilogue to tie everything up.

Just finished 'The Tiger That Came To Tea'. It's about a tiger who goes to have his tea in a house with humans. I mean, WTF ? As if that would happen. The tiger would eat the kid first chance it got or at least tear the little bastard to shreds. Total lack of research on behalf of the writer.
Last edited: Jun 5, 2020
J

A full record of Niki Lauda's entire racing career in all categories.

Swams mate, I couldn't help noticing that you seem to spend all day reading books on sport and eating cooked ham and beetroot.


It's very interesting, but I wish there was as much exploration of the actual music these women made as there is on the obstacles they faced, but then not every book can be Yeah Yeah Yeah: The Story of Modern Pop.
Click to expand...

Does she bop though?

Freedom Fighter: My War Against ISIS on the Front Lines of Syria by Joanna Palani

The subtitle explains it. A gripping memoir.

The Heart of Princess Osra by Anthony Hope

A prequel to The Prisoner of Zenda, revealing life in the Ruritanian court over a century before the time of Rudolf and Flavia.

Princess Osra is the sister of King Rudolf III, the common grandfather of the lookalike cousins in the original book.

Currently alternating between these two: 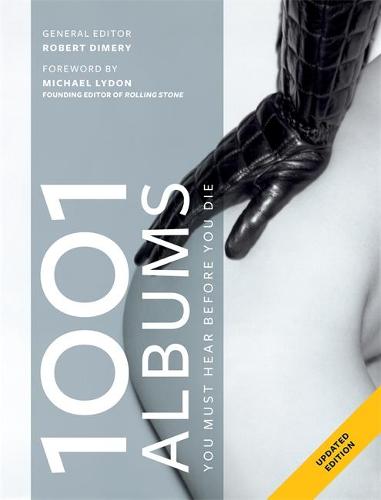 Alexis said:
Does she bop though?
Click to expand...

Not enough for my liking.
Last edited: Jun 19, 2020
“All art is unstable. Its meaning is not necessarily that implied by the author. There is no authoritative voice. There are only multiple readings.” - David Bowie
J

I've just finished reading McBeth. It was okay but a bit boring in places. It's about this bloke who goes out on Hallowe'en night and meets some witches. They tell him to go and murder the king and then pretend to be king himself so he can have the crown Jewels all to himself and live in a fancy palace. Then, even though Hallowe'en has already gone, some ghosts turn up and start giving him a load of grief - a bit like that naughty Mr Claypole in Rentaghost.

I got a bit lost at that point but he has a sword fight with MacDuff who the witches say was really born a woman. He gets killed and someone else gets to live in his palace and no doubt get their hands on Lady McBeth who was a bit of a handful by all accounts.
K

The family drama at the heart of the novel is absorbing throughout but when it switches to China's political history it severely slows down, excellently written, mind you, but makes the book somewhat of a slow slog to get through.

I've been on the same page of the same book for months now. I refuse to list course literature. I long for the day when I can begin reading fiction again.
If I didn't focus on the good and fun in life, I'd be seriously bummed out by the state this world is in and has always been in.

The China Syndrome (novelization by Burton Wohl of the 1979 Columbia Pictures film of the same name that had Fonda, Lemmon and Douglas; this is the Corgi U.K./Ireland edition; back cover has a small portion missing where I took off the sticker that came on the book)...

"CBS Sports presents...The Prudential College Football Report, sponsored by The Prudential, offering a full range of insurance and other financial services. The Prudential: the Rock...it's strong, it's on the move, it's bigger than life."

I've just finished reading Becoming by Michelle Obama. I've had the book for a while now but lockdown has given me the opportunity to finally read it. It's an astonishing book. Incredibly open and honest, a fascinating insight into life at the White House and most of all a book of triumph and inspiration. It's so well written that I couldn't help but wonder if she had a ghost writer assist her with it and there were a couple of moments when reading it that it brought tears to my eyes. A very good read.