Woody Harrelson has been officially cast in the currently untitled Star Wars spin-off about the young Han Solo.

The film's co-directors, Phil Lord and Christopher Miller, said they "couldn't be more excited to work with an artist with as much depth and range".

Donald Glover, who won a Golden Globe on Sunday for his US TV show Atlanta, will play the young Lando Calrissian opposite Alden Ehrenreich's Han.

Emilia Clarke will also appear in the film, scheduled for release in 2018.

The British actress is best known for her role as Daenerys Targaryen in Game of Thrones and also appeared in 2015's Terminator: Genysys.

Sarah and Emelee, that story of bbc.co.uk is a big piece of laziness from its author. It´s true that Woody will join the new SW spin-off but not as a young Han Solo. This character will be played by this guy below, Alden Ehrenreich: 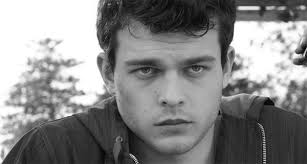 You can find a better version of these news here:

And some fan theories about who he might be playing:

Thank you Toni!!! It really did confuse (and horrify) me!!!

Sarah said:
Thank you Toni!!! It really did confuse (and horrify) me!!!
Click to expand...

I can understand you Sarah...Woody has become a quite good actor lately in roles in TV projects such as "Game Change" and "True Detective". It´s impressive how he´s got to play different parts so well! The Alden guy is a too big-headed to me...though that seems to be in trend in these times.