This World Cup is just full of shock revelations from you James.

Match 15: I never harbored any great love for either of these. I lost interest in Desperate Housewives mid-way through season one despite having positive feelings for most of the leads, having seen them in other projects. I never went back because (ironically) I hated how they became more and more like Melrose Place rather than Knots Landing.
Similarly, I lost interest in Melrose Place when it became "too much"--too over-the-top, too clever for its own good, too fast and too silly. But I have to give my half-hearted vote to Melrose Place simply because Doug Savant reminded me of a young Mack MacKenzie.

Match 16: I never watched either show, but at least I've seen a few clips of Dallas and lived through its phenomenal peak years. Its fortunes were often intertwined with my favorite Knots Landing, so they get my vote.

1. Desperate Housewives
Nicholette Sheridan pulled me in so I watched it from the beginning and never missed an episode ever since. I used to be happy on tuesdays when I realized a new episode was on. The show made me laugh and cry. Some stuff was over the top. But I loved the characters and couples. So I followed them for 8 years. I am now rewatching this show.

Melrose Place I only saw the last season of and then in reruns so I never got as attached to those characters.

2. Dallas
It is my number one favorite show.

Match 15 - Melrose Place did deteriorate toward the end but it's more in the classic soap vein. Desperate Housewives didn't quite maintain my interest beyond the initial buzz.
Match 16 - Dallas. Nothing more to say really.

Funny, he had the same effect on me.

Game 15 - MELROSE: I have seen all of seasons 1 to 3, of this seven year Aaron Spelling nineties drama. While IMHO it isn't a patch on the main prime time shows, from the previous decade, there was a good bit of entertainment from Josie Bissett; Grant Show, Doug Savant, Courtney Thorne-Smith, Thomas Calabro and Heather Locklear et. al.

Game 16 - DALLAS: The daddy of them all. DYNASTY, FALCON CREST and KNOTS LANDING carved their own niches, in the power hungry decade of the eighties. However it was the big D which set the tone in April 1978 for things to come and what a buzz was created, after the spring of 1980. The wild and wonderful tale of the Ewings against the Barnes would have people glued to their T.V.s for 13 years, even though I believe the last collectively great year was season 9 (DVD-10).


Cliff goes to the Ewing building, with proof that Digger and Jock jointly owned oil field 23. Bobby recently reopened the field. The youngest Ewing son leaves the office so that rivals Cliff and J.R. can bicker over the business of the oil, coming from the particular field, (a scene from season 2; DVD-3, 1979 - '80):

Cliff: "I must say you're taking this quite well. You're not going to even fight me."

J.R.: "Oh, I've learned in this business you have to roll with the punches."

J.R. speaks to Cliff: "I figure your share should be about half a million dollars a year."

J.R. returns to the phone: "Harry this is what I want you to do. Close down that field. That's right! Shut down every single well." Seaviewer said:
Funny, he had the same effect on me
Click to expand...

By the same token you could have voted for Desperate Housewives because Doug Savant reminded you of an old young Mack MacKenzie.

Maybe I shouldn't even get on to old, old young Anne Matheson (AKA old Paige Matheson) in the same series.

Match 15 - I remember really enjoying the first season of Desperate Housewives. It felt fresh and the writing was sharp and while they're usually not a favourite feature of soaps for me, I still love the comic tinged scenes from the pilot / early episodes like Lynette hauling the kids out of the pool at Mary Alice's wake and Gabi mowing the lawn in an evening gown. However, I quickly lost interest post season one as it settled into that dramedy territory that so many of the 00's soaps occupied and tried doing the mystery of the season thing that would never top the first year. Regardless, even it DH had been stellar from beginning to end, it would never have trumped Melrose Place for me. MP was my first proper primetime soap love. I'd dipped in and out of 90210 and had an awareness of Dallas and Knots Landing (which I would later fall for in reruns) but I could not get enough of Melrose when I discovered it on late night TV in the late 90's. Season two and three are vintage Melrose when Amanda, Sydney, Kimberly, Jake, Jo et al were running amok. Even when it went into OTT overdrive, there was pleasure to be derived from it. Cults, bombings, returns from the dead, Priscilla Presley as fake nurse in a dodgy sanitarium - Melrose Place had it all.

Match 16 - I've never seen The Young Doctors, and Dallas is one of the kingpins of primetime soap, so it wins this match. Not by default though. I have much love for Dallas (Sue Ellen being one of my all time favourite soap characters) so I've a feeling that even if I had ever seen Young Doctors, Dallas would still have this match in the bag.
Last edited: Oct 14, 2019

Has your office at the Soapchat World HQ been mysteriously re-painted recently?

The poll has now closed and the votes have been counted and verified. The results of last week's 2 matches in the World Cup of Soap Operas are as follows:

I declare the winners of matches 15 and 16 to be Melrose Place and Dallas. 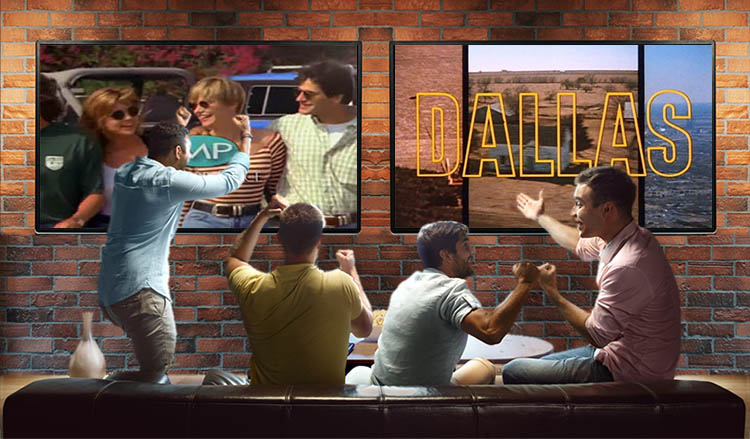 Daniel Avery said:
Has your office at the Soapchat World HQ been mysteriously re-painted recently?
Click to expand...

I hope not. I'm just about to serve dinner there. 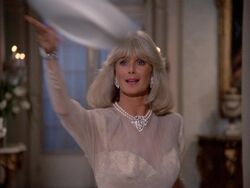 So we turn the page of the TV guide on Desperate Housewives and The Young Doctors and the line up of the soap operas going through to the round of 16 is now complete:

The next round will include another "clash of the titans" when 2 of the big prime time soaps of the 80s will do battle, a match between 2 of the biggest soaps from one country and 2 matches involving 4 much loved soaps that amongst some of those which are the most regularly discussed on Soapchat.

Angela Channing said:
The next round will include another "clash of the titans" when 2 of the big prime time soaps of the 80s will do battle, a match between 2 of the biggest soaps from one country and 2 matches involving 4 much loved soaps that amongst some of those which are the most regularly discussed on Soapchat.
Click to expand...

These teasers are thoroughly whetting my appetite. I'm looking forward to seeing which soaps come along tomorrow.

The first 2 matches in the second round of the contest are as follows: The poll is now open for you to choose which soaps you would like to win each of the two matches to go through to the next round. You may vote for a winner of either match or for both matches.

Stating the reasons for your choices is encouraged as this makes the contest more interesting and may help others in their decisions. However, this is entirely optional and you can just state your chosen winner of each match if you prefer.

​
For the record, my current thinking is almost certainly influenced by being in the middle of a marathon of one of these series.

Fact is, S&D is even better than I remember it. Still addictive and compelling. Well cast, well acted and with the best part of 500 hours produced it's also got the longevity. It had some outrageous cliffhangers-on-a-budget, but also a whole lot of heart. A winning combination.

It gets points, too, for bravery. The opening storyline involved murder and incest, and that was just the start. More kids probably died on this series than on all the American soaps combined.

Taken as a whole, the S&D journey is also satisfying. It has a beginning, a clear turning point just after the middle, and a near-perfect ending. S&D bowed out in a way that made the journey worth the investment for the audience. The early years were the best, but it continued to evolve and so never disappointed to the extent Dallas did with Pam's Dream and Conundrum.

And Patricia Hamilton is one of the most fascinating creatures in soap.


My vote goes to...
Sons And Daughters


Match Two
Both cracking series and I've voted for both in the previous round.

Neighbours has the longevity, and it’s very comforting to know it’s still doing its Neighbours thing all these years later. HW captured a time, place and way of life. I’ve visited many of the Hampshire locations and they’re so unchanging it was like walking onto the set.

The series was well-crafted with some exciting cliffhangers that made Sunday nights worth looking forward to, even though it meant school was looming.

HW also has a sense of journey, with an ending that's as satisfying as they could possibly make it after the death of its lead actor. And everyone is so nicely spoken.

My winner is...
Howards' Way 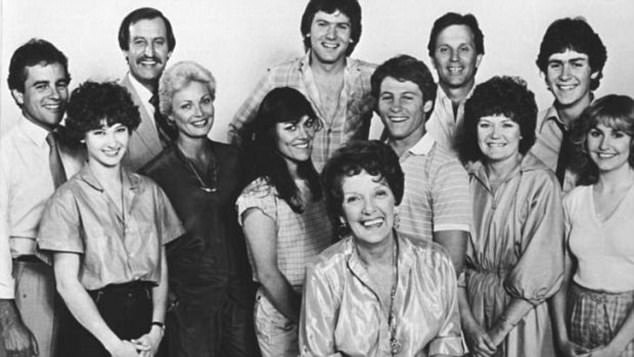 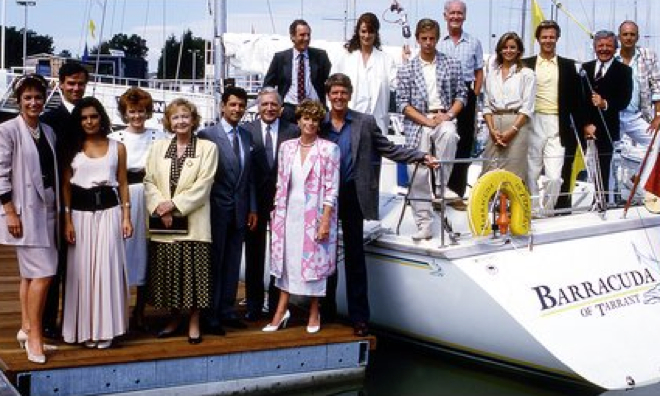 I'm going to assume this will be quite a dilemma for some members, however, I've only ever seen two shows, so it's very easy for me to vote.