Match 3, the brilliant Return To Eden. This show has held up remarkably well since it was first made & transmitted in the 1980's. People on here need to show it a bit more love!

Englishboy said:
Match 3) RETURN TO EDEN - I've never seen either show but I've heard nothing but good things about RTE which is on my to watch list at some point in the future so, the Aussie soap has it.

Hi buddy, you can get Return To Eden off eBay. The mini series & 1985 series are available separately. However there is also a dutch release (it has dutch subtitles but the show itself is in english) which has the show complete.

That is the dutch release. It also contains the re-edited final episode from the 1985 sequel series. The only thing wrong with it, is it doesn't contain the new version of the closing credits, thus it contains a static picture of the new Eden on the closing credits throughout the series run. Also the original opening shot of the first episode of the show is removed & replaced with the series opening titles. So it might be prudent for you in buying them separately.

This boxset doesn't have the re-edited finale but has slightly better picture quality than the set below which does have it. I own both of them!

You'll notice the set lists James Reyne & Wendy Hughes at the top, this is an error from the original mini series. It's actually Peta Toppano & Daniel Abineri in The Story Continues.
Last edited: Oct 24, 2019

I voted for them in the first round and I'm sticking with them for the same reasons.

Match 4- Melrose Place
Archive of Our Own
Fanfiction

Game 3 - RETURN TO EDEN: Even though PEYTON PLACE was a trendsetter I'm choosing RTE, for this contest. As I have said before the show was of the highest OTT escapism Australia's way. All of the factors which made the U.S.A. eighties quartet must see T.V. were there, combined with the New Eden mansion and a sought after mining company. Rebecca Gilling, Peta Toppano, James Smillie and Daniel Abineri should have got more than seven months original coverage. RTE was an all too brief 'Down Under' answer to DYNASTY, which it had most similarities with i.e. the glamour, the catty exchanges and regality feel.


Game 4 - BROOKSIDE: I only watched early MELROSE PLACE whereas I was an avid viewer and ardent fan of the Liverpool based show. The characters were interesting, there was a working class feel, the Close had a nice homely aura for the most part and of course there were no half hearted storylines / plots. Jim Bowen used to say "You can't beat a bit of Bully!" The same parallel applies here in that you can't beat a bit of Brookie.

With over 50 magazine covers from Australia to Sweden I have loved Rebecca/Tara/Stephanie second only to Victoria/Pam for over three and a half decades
Last edited: Oct 26, 2019

If RTE wins from PP then it should win everything! (yes, I did notice a few strategic votes

but this is not the end of it)

Well, keep in mind that there is one certain program out there we have not heard from yet....

Match 3 - I loved the Return To Eden miniseries but I didn't care much for the follow up soap. While the mini was well acted and stayed on the right side of camp, the soap just felt OTT and ridiculous but not in a good way. It didn't feel particularly Australian. More like Australian performers acting out their version of a bad American daytime soap. As mentioned previously, I've yet to delve fully into the Peyton Place universe but it gets my vote for this match because of it's standing as a classic in the genre. I have indulged in some clips and the below are my favourites. I look forward to doing the full experience someday soon.


Match 4 - Melrose Place is one of my favourites but Brookside was revolutionary in the context of UK soaps. It was a shot in the arm for soap viewers who only knew the cosy worlds of Emmerdale, Crossroads and Coronation Street at the time. It was a gritty, sweary slice of Thatcher's Britain that tackled social realism without being preachy. Like all soaps, it had it's peaks and troughs, with the 80's being it's imperial phase (see below) followed by the sensationalised mid-90's and it's gradual decline in the lead up to the millennium. Even in it's dying years, I still found something to enjoy in it. It is a landmark in British soap, so it gets my vote for this match.

Peyton Place and Brookside for me, please. (Too full of man flu to show my workings out this week!)
“All art is unstable. Its meaning is not necessarily that implied by the author. There is no authoritative voice. There are only multiple readings.” - David Bowie

Carrie Fairchild said:
I have indulged in some clips and the below are my favourites.
Click to expand...

Thanks, those clips me realize I need to give it some priority on my to Re-watch List. Steven and the gorgeous Betty were the true anti-heroes!

Carrie Fairchild said:
with the 80's being it's imperial phase (see below)
Click to expand...

Wow, the son was involved with that woman?
If I had found this clip then I would have voted for Brookside.

Willie Oleson said:
Wow, the son was involved with that woman?
Click to expand...

Not that woman herself, but her lovely doomed sister Petra. 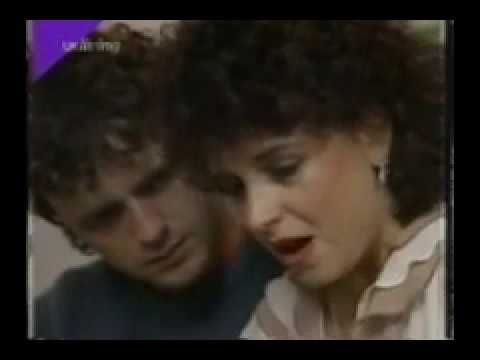 The folks from Peyton Place are correct, the poll does indeed close at midday tomorrow. Get your vote in before it's too late. You are choosing between Return To Eden and Peyton Place and between Melrose Place and Brookside.

I only popped on SC earlier to do a couple of things and then I found this. It's a brilliant recap of what happened through the years in that house. I've never seen this before, so it was fun to watch, especially with the cast discussing their scenes/stories. Thank you for tripping me out today.

Everyone who votes for Peyton Place instead of Return To Eden will get exterminated by the Daleks!!

The poll has now closed and the votes have now been counted and verified. The results of matches 3 and 4 in the second round of the World Cup of Soap Operas are as follows:

I declare the winning soap operas going through to the next round are Peyton Place and Brookside. Twenty forum members participated in last week's vote which I was the highest level we've had so far in this contest. Thank you to everyone who took part in this vote.

So we turn the page of the TV guide over on Return To Eden and Melrose Place leaving 12 soap operas in the contest.

Details of the next 2 matches will be posted tomorrow and it will be a big week as 2 of the big prime time soaps of the 80s will be up against each other as will be 2 of the biggest soaps from the same country.