“A long time ago in a galaxy far, far away..." Watching the Star Wars films

Rove said:
I see them as a wasted opportunity. People wished to see the continuing saga of Luke, Leia and Hans. I cannot remember the name of the guy but he speaks at length on YouTube about Disney and how the new team screwed up the Star Wars saga. Instead of focusing the story on those 3 characters they were more or less pushed to the background
Click to expand...

I partially agree with this. Disney didn't pay billions for LucasFilms to make nostalgia bait starring 60-something year old actors; for STAR WARS to continue, it has to be passed to a new generation. I thought TFA did a decent enough job of introducing new characters; I liked Finn and thought Rey and Kylo at least had potential.

To me, the wasted opportunity was not uniting Han, Luke and Leia on a final, grand adventure while simultaneously introducing new blood. It was one shot chance, and Disney blew it. Not putting the original characters back together is surely one of the dumbest decisions in cinematic history.

Crimson said:
To me, the wasted opportunity was not uniting Han, Luke and Leia on a final, grand adventure while simultaneously introducing new blood. It was one shot chance, and Disney blew it. Not putting the original characters back together is surely one of the dumbest decisions in cinematic history.
Click to expand...

But when inferior creators miss the boat, they miss the boat (or star ship, or miliennium falcon, or whatever) totally... TNT's nuDALLAS certainly proved that there is no entity so iconic that its reboot/sequel/continuation can't be handed off to some energetic hack producer who neither knows nor cares anything about the original who then shats upon it with great earnestness before moving on to the next job.

Seems STAR WARS is not immune. Everybody blames whatshername, and she seems the cow, but it's always more fun to blame the nearest woman. 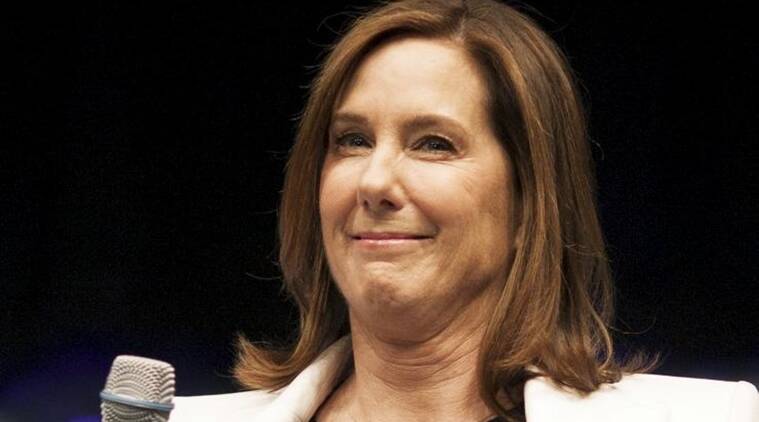 That's a great connection you've made between Disney Star Wars and TNT Dallas. Despite what fans of original Star Wars and Dallas would have liked to see we were cast aside to make way for shiny new things. Disney Star Wars is the stand out here as those older characters were brushed aside so the new creators could introduce their characters, their universe...oh and let's not forget the merchandise side of things.

Like Disney Star Wars the producers of TNT Dallas used legacy characters to draw us in but once discovered I sat there thinking, "Where is J.R.? Where is Sue Ellen?" Disney producers used the same trick. Legacy characters sprinkled here and there to prop up the newbies. I understand the universe of Star Wars and Dallas is an ongoing story - and it should be - but Star Wars: The Force Awakens should have had their legacy characters front and center, not used as props.

When TNT Dallas was nearing its premiere news organizations or morning shows only had an interest in speaking with Larry, Linda and Patrick but when the series made it to air something different was offered...and we all know how that ended. 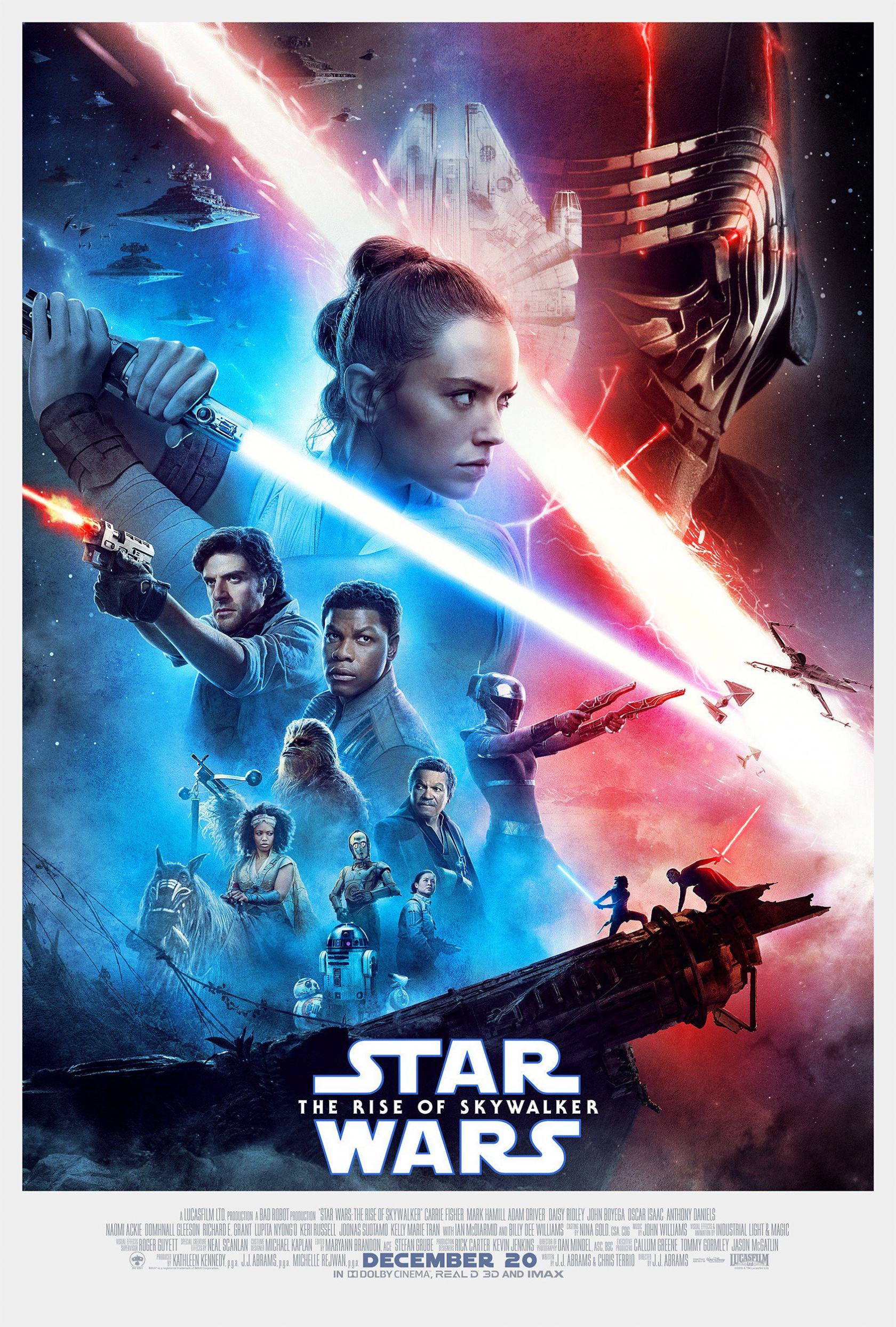 Something that’s impressed me with the prequels and sequels is that the opening and closing titles have followed the same formula. I’m really impressed that any idea of playing around with or “improving” them seems to have been put aside in favour of giving something that feels cohesive and true to the original trilogy. I enjoy that comforting feeling of the familiar opening crawl with the familiar opening theme which helps complete the impression of watching episodes from a serial.

John Williams has helped with the sense of cohesion. His work on all nine episodes has been another of those notable continuities. He and Anthony Daniels have been the two most welcome constants for me though the passing decades onscreen (Threepio would be up there as one of my favourite Star Wars characters, and that’s been a big surprise to me).

I feel the tone of this film was a definite improvement over The Last Jedi, though it still didn’t quite deliver on the promise that came with The Force Awakens. It feels as though there’s an effort to get back to the characters from TFA, and it's lost the middle film's awkward, clunky "comedy". But the balance still doesn’t quite work.

Rey being the central character felt wrong and there was, frankly, far too much of her. Daisy Ridley gives good “grim determination in the face of overwhelming odds” face but that, unfortunately, is about the extent of her range and two and a half hours of it got a bit much. And I kind of resent her not only having the last word but also cheekily purloining the Skywalker name for herself.

Ben/Ren was a character with potential in the first film, but his arc felt forced, contrived and predictable. It feels like re-treading old ground. I was never that invested. And the kiss between him and Rey was just plain uncomfortable.

Even Palpatine - a favourite of mine from earlier films - felt as though Ian McDiarmid was giving a performance by numbers. It was nice to see him, but this is far from his finest moment.

Finn had more screentime than in the previous film (and possibly almost as much as in his first) but he seemed to get lost in the mix, as though the writers either forgot about him or lost interest in his character. It’s a shame, because The Force Awakens had me excited about following his story and we didn’t get to stay as connected with him beyond that first film. The conversation he had with the woman who was part of a mass Stormtrooper mutiny was one of the film’s better moments because it gave him something to do besides running and flying vessels.

Richard E. Grant was just too distractingly Richard E. Grant to be effective as an antagonist (even though I’ve still to see the film in full, one just thinks of Withnail whenever his face is onscreen). His character just appeared from nowhere which didn’t help.

I knew ahead of time that Carrie Fisher’s scenes were patched together from unused footage and digital trickery. It showed, but I can forgive that, and I thought it was sweet that she finally got top billing.

Luke and Han’s brief appearances were welcome, though I really had expected to see all three of them in that final force spirit moment. Another wasted opportunity.

Billy Dee Williams’s arrival back on the scene was a really nice touch. I had no idea he returned, and was happy to see him.

Aside from one or two nice scenes, the quieter moments actually dragged for me in this film. And I speak as someone who in general favours character moments over action scenes. It felt every minute of its two and half hours and would have been more enjoyable to watch had it lost thirty or forty minutes.

I do feel a sense of achievement for having watched all nine films. I can’t see myself ever doing so again (though never say never), but it has been quite a journey.

Mel O'Drama said:
I feel the tone of this film was a definite improvement over The Last Jedi, though it still didn’t quite deliver on the promise that came with The Force Awakens.
Click to expand...

This trilogy is the first piece of pop entertainment that feels spiteful. TLJ actively undermined much of what had been established in TFA, and ROS actively undermined much of what TLJ did. While I appreciated that ROS tried to connect the pieces back to the first film, the terrible choices of TLJ were just too much to recover from. ROS is better than TLJ, but it's still a pretty bad film.

Mel O'Drama said:
I had a problem with the younger recasts in the middle trilogy, especially Ewan McGregor's Obi-Wan, so I'm not looking forward to his new series.
Click to expand...

I gave up on the OBI WAN series after two episodes. I have no objection to McGregor's portrayal. As much as I favor the original film above all else in the franchise, McGregor is more Obi Wan to me than Guinness; if nothing else, he's had 3x as much screen time.

STAR WARS has always been haphazard with its continuity, but this new series is downright sloppy and spiteful with its fiddling around with canon. I think I've seen enough of the original film being retconned, disregarded and overridden.

Crimson said:
STAR WARS has always been haphazard with its continuity, but this new series is downright sloppy and spiteful with its fiddling around with canon. I think I've seen enough of the original film being retconned, disregarded and overridden.
Click to expand...

Thanks. It's good to know I'm not missing anything by steering clear of this one.

Mel O'Drama said:
Thanks. It's good to know I'm not missing anything by steering clear of this
Click to expand...

Crimson said:
I gave up on the OBI WAN series after two episodes. I have no objection to McGregor's portrayal. As much as I favor the original film above all else in the franchise, McGregor is more Obi Wan to me than Guinness; if nothing else, he's had 3x as much screen time.

STAR WARS has always been haphazard with its continuity, but this new series is downright sloppy and spiteful with its fiddling around with canon. I think I've seen enough of the original film being retconned, disregarded and overridden.
Click to expand...

I have been reading similar criticisms of the Obi-Wan Series. In terms of Fan reactions to the SW universe, it seems that
there has been increasing dissatisfaction since TLJ. I have not seen the Disney trilogy or OW,
but the descriptions that I have read don't provide much in the way of encouragement to me.
I have read that both George Lucas and Mark Hamill have been unhappy with the Disney trilogy.
A least a segment ( perhaps a significant segment) of the fandom has been quite vocal about their dissatisfaction.
The production of TROS went through a change of producers, and may have been completed in a hasty manner to meet its projected release date,
according to some reports.

Perhaps Disney needs to reconsider their plans for SW. It is not just SW that has issues, it seems.
Disney's stock has fallen from a closing of +/- $201 on March 12, 2021 to $93.50 today.
Hasbro had to lay off people because the products for the Disney Trilogy merchandise
had disappointing sales.

I don't know how Walt Disney would feel about Star Wars today, but I would say
that the huge drop in the Stock Price would be unacceptable, and
something would change, not just with SW, but the Company as a whole.