Oh FFS! Samantha came back! She was in Billy's apartment before he even was! How, why? This place is hell.
Last edited: Jan 18, 2021

Your reviews of MP are infinitely more entertaining than the series ever was, especially in these later seasons.

Yes, so now Megan is dating Amanda's exboss man whatever, Eric. He's hiring her as his assistant and is going to mentor her so she can be a big shot executive one day. Eric is just doing this though to make Amanda jealous. I mean I have to admire Megan, she's a prostitute who somehow became a receptionist at a medical firm and now has her sights set on being the next Amanda Woodward.

Speaking of Amanda, she got into a spat with Crazy Frog and Crazy Frog fell down the stairs. Michael took the opportunity to tell Taylor and Kyle that Taylor lost the imaginary baby she was supposed to be carrying.

Lexi Sterling is not what I had imagined or hoped she would be.

Turns out that Coop, the new doctor in town had at one time been in a relationship with Kimberly, and is there as we guessed for revenge. Now Kimberly's mother is in town and is looking to hatch revenge plans.

This plot with Michael making the Robo doc - medical glove thingy is BORING. Even if Stanford from Sex In The City is involved.

Alexis said:
It's how it should be.
Click to expand... 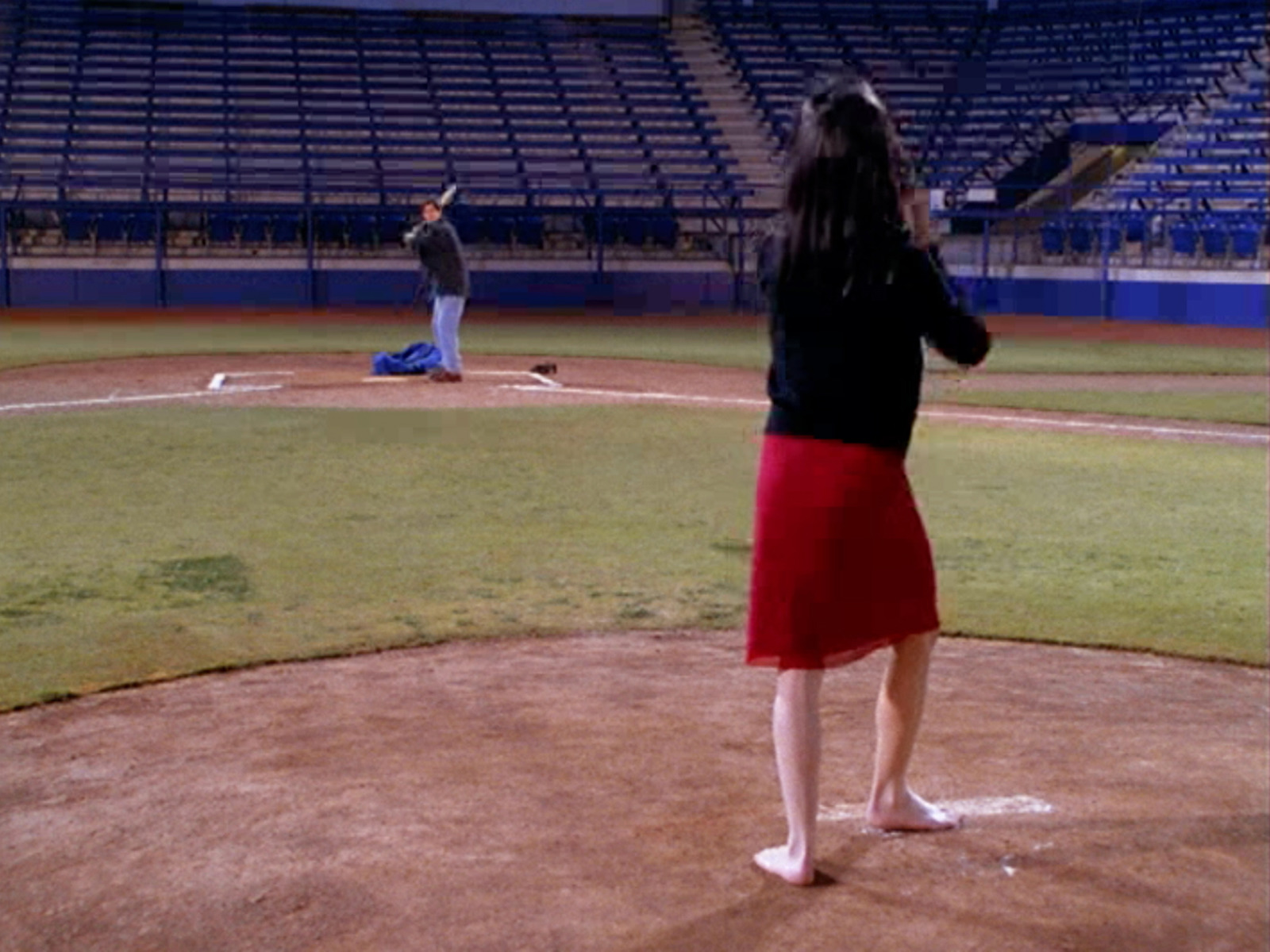 Alexis said:
Lexi Sterling is not what I had imagined or hoped she would be.
Click to expand...

I'd like to be alone with her, with a baseball bat.

I have been pausing it when Samantha shows Billy her artwork at the add agency and WTF is that? It's like a child drew them. My 7 year old niece is a better artist.
I wish I could get these jobs like the people who live in Melrose Place. All you do is say what you want to be and someone gives you that job, regardless of your education, life experience and qualifications. How is Samantha now a graphic designer? How is Megan climbing up the corporate ladder.

Eric, Amanda's ex boss, who loaned her the money to set up her agency has now in true Melrose Place style shown his true colours and admitted to Amanda that he's been buying up Kyle's businesses or some nonsense to ruin him. Who would go to such lengths?
Anyway Amanda refuses his romantic advances and walks out on him, but not before he throws a beer bottle at her. Evil Eric is now out to ruin Amanda and Kyle.

Kimberly's mother or Coop, or both of them are taunting Michael and trying to drive him nuts, pretending that Kimberly is back from the dead. Then Peter tells Michael that Coop had an affair with Kimberly. Michael and Coop fight and Coops punches him out.

Coop has also discovered that Peter and Lexi are seeing each other. So the medical practice has Coop, Michael, and Peter all working together and all fighting among each other.

So Kimberly's mother calls Michael and pretends to be her dead daughter to lure him to the beach house, and then she tries to kill him. Shoots at him! Seems reasonable.

And as I have said before. That's enough of that nonsense for one night!

Willie Oleson said:
Ha, I remember that. I even mentioned it on this forum, that the actor played two different roles but everyone disagreed because it wasn't exactly the same as "two different roles". The brilliant logic of it all.
Click to expand...

Linden Ashby played Jo's ex abusive husband in one,two episodes.
Now he plays Cooper Sterling a doctor who fell in love with Kimbery when she was in coma after the crash.
Jamie Lurner is his ex wive

Good to see that your "M" and "space" have been fixed

I found season 6 of Melrose Place to be somewhat similar to season 6 of Beverly Hills 90210. I think that was the point where both shows started to go downhill. The difference is that 90210 had Luke Perry come back for seasons 9-10. That made the show just SOO much more watchable for me. But with most of the original characters gone in season six of MP, the show was just never the same.

Melrose Place had a complete revival during season 7, which was amazing to watch considering how far down the depths season 6 sunk to.

But I wouldn't compare it to season 6 of BH90210. Season 6 of 90210 was entertaining, if only for Coke!Kelly. Season 6 of Melrose Place stunk and narratively it's just a rambling mess - and that's keeping in mind I don't expect much narrative value from Melrose.

tommie said:
But I wouldn't compare it to season 6 of BH90210. Season 6 of 90210 was entertaining, if only for Coke!Kelly. Season 6 of Melrose Place stunk and narratively it's just a rambling mess - and that's keeping in mind I don't expect much narrative value from Melrose.
Click to expand...

90210 season 6 didn't do a whole lot for me. I didn't really buy Kelly having a drug problem, especially after witnessing both her mom and David have one. And then I found the whole Kelly/Colin/Val triangle to be far more boring than Brandon/Kelly/Dylan/Val from the previous season.
Share:
Facebook Twitter Reddit Pinterest Tumblr WhatsApp Email Share Link
Top