Artists including Drake, Rihanna and J Cole have paid tribute to Los Angeles rapper Nipsey Hussle, who has been shot dead in Los Angeles.

The 33-year-old was gunned down outside his clothing shop.

Drake described him as "a man of respect and a don", while Rihanna wrote on Twitter: "This doesn't make any sense! My spirit is shaken by this!"

Two other people were wounded in the shooting outside Marathon Clothing in south Los Angeles.

Lt Chris Ramierez of the Los Angeles Police Department told media at the scene of the shooting that they were looking for a black male suspect.

Nipsey Hussle's debut album Victory Lap received a nomination for best rap album at this year's Grammy Awards, where he was nominated against Cardi B, Mac Miller, Pusha T and Travis Scott.

Writing on Instagram, Pusha called him a "rare breed" adding: "Sad to see you go Nip, I'm only finding peace in knowing you are blessed... I was honoured to share in such an amazing year with you musically.

"I would gauge everyone's music credibility based on if they mentioned you."

Drake, who won a Grammy on the same night and recorded the 2009 track Killer Nipsey Hussle, also took to Instagram to pay tribute. 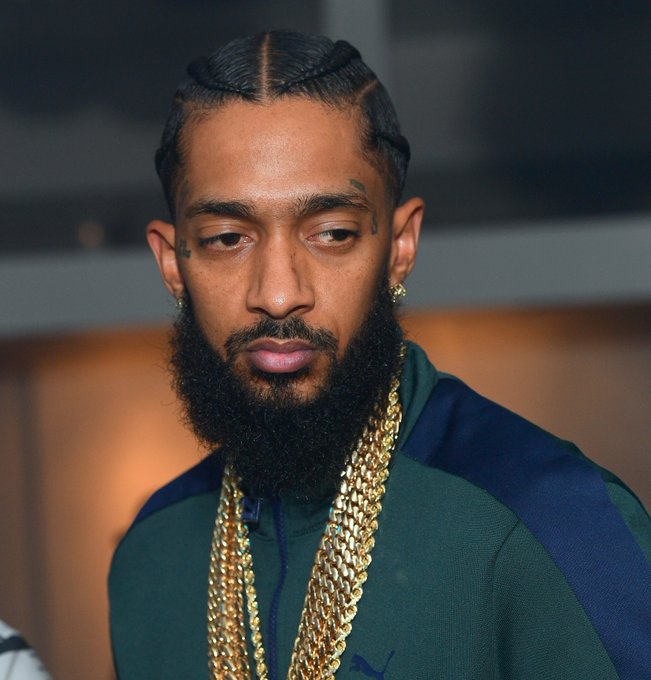 Tragic to be killed in that way and which makes it particularly heart-breaking for his friends and family.

I've not heard of him before but I'm of an age at which his music is not really directed. When I heard the story on the news yesterday, I thought they were talking about Nipsey Russell even though I was sure he had died a while ago.