She was one of a kind. She possessed a talent and charisma like few others.

Any fans of Judy?

Maybe my all time favorite entertainer. And I wasn’t even alive when she died. To me she is a legend in every sense of the word. To this day hearing her sing Somewhere Over The Rainbow gets my undivided attention no matter what I’m doing.

It baffles me the hardships that Judy Garland endured, especially at the start of her career. To put it blunt, her bosses at MGM didn't find her attractive. They basically told her she was ugly, placed her on a diet, and L.B. Mayer called her his "little hunchback". Her teeth were capped, her hairline was adjusted, and this was all done as just enough for her to "pass" what they wanted her to be.

It's ironic to me because I find Judy absolutely charming to look at. Even in her teens and pre-WIZARD OF OZ days, she was a pretty young lady. She was adorable in LOVE FINDS ANDY HARDY (1938), although Mickey Rooney pushed aside -- on-screen and off -- for newcomer Lana Turner. Even so, her looks were consistently nit-picked. One commentator said Judy went to high school at MGM with "real beauties," such as Turner, Elizabeth Taylor, and Ava Gardner. Judy was the "ugly duckling" of the studio.

No wonder she struggled with self-esteem issues as well as an addiction to pills.

Her demons were definitely rooted deeply in her past. To anyone back then who did not find her attractive, I find that to be ridiculous. Was she in the same class as some of the other MGM “beauties?” Of course not but she was quite adorable in her own right and so talented. So many of them weren’t in her class when it came to entertaining.

I can understand why Judy was not considered a stunning beauty, in the same league as Hedy, Lana, Ava etc. She was a pretty looking average girl, the mousy type that was never considered too attractive. On several occasions she looked beautiful:

Till the Clouds Roll By (1946) where she looked the most glamorous and closest to a blond bombshell. 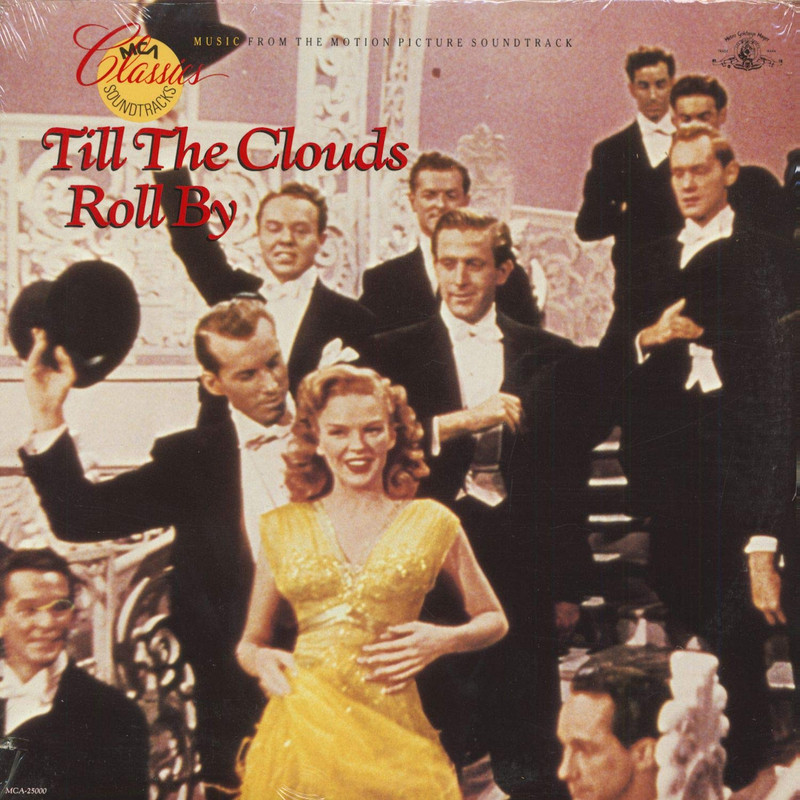 The Pirate (1948) where she was hot in this scene. Love that hair and gypsy look on her. 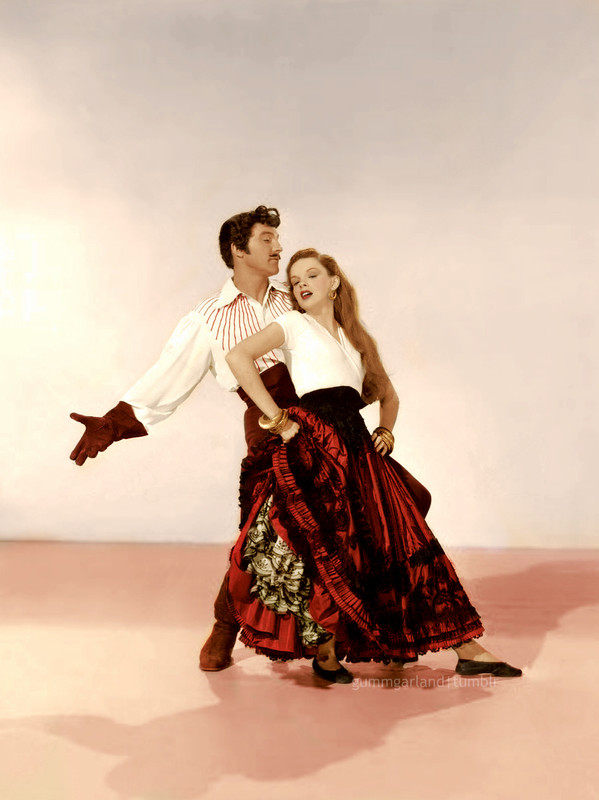 The Clock (1945), where she looked most natural and like real Judy, no heavy make up, hairstyles or MGM glam treatment. Also one of my favorite Judy movies and romantic stories in general. 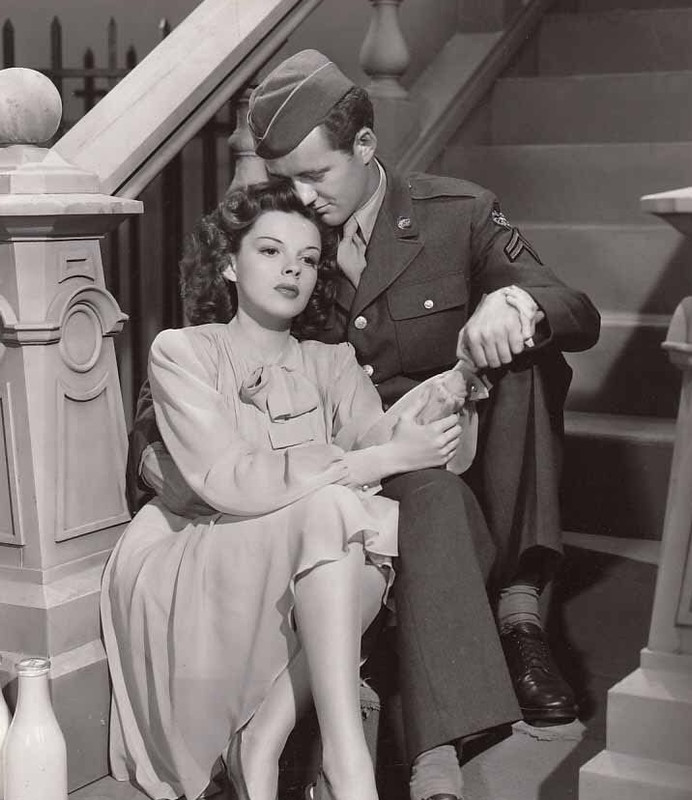 Judy's struggles and drama at MGM are well known, and told so many times , I don't feel like going into it too much. Just wanted to point out that sometimes, too much blame is put on Metro people. IMO they treated Judy the same way they treated all of their other stars. She just couldn't deal with it as well as others. Yes, the pills did not help but it was also her own demons, insecurities and love life struggles that lead to her becoming dependent on them. Later on, when she was offered help, many times, she would not cooperate. When it all became too much and too late, she was fired.

It's a shame she did not make more movies during the 50s. She was robbed of that Oscar for A Star is Born (1954), we all agree on that. I think she deserved a best supporting award for Judgment at Nuremberg (1961) as well. That was another powerful, poignant performance. 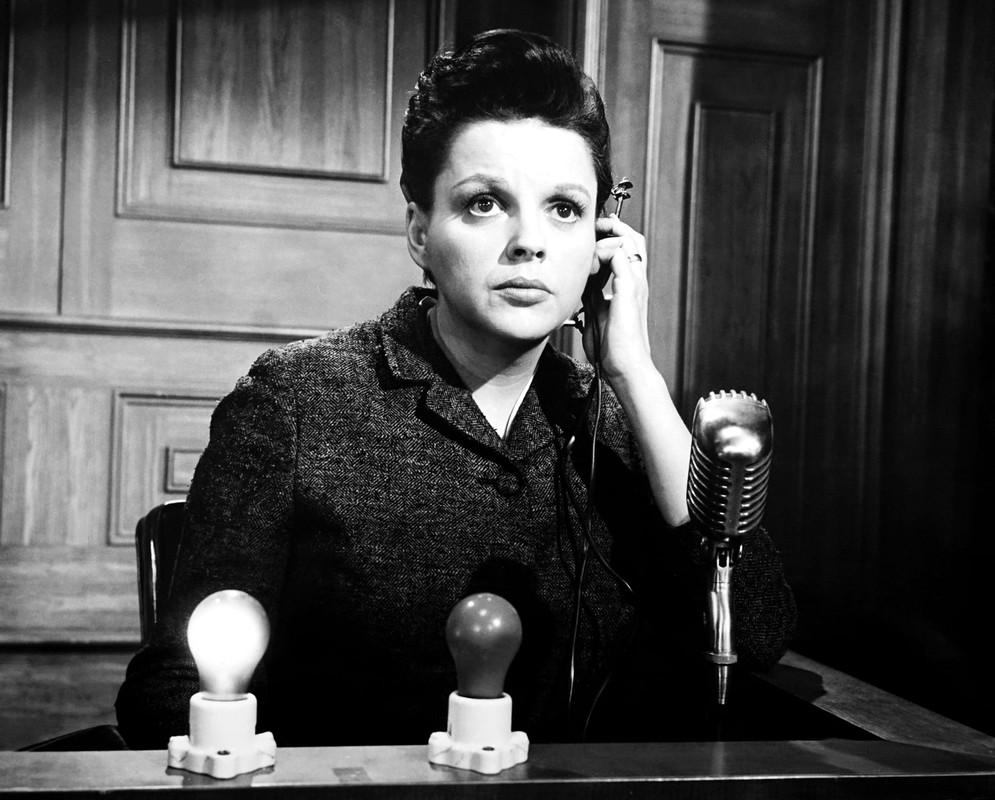 Recently, I saw her last movie , I Could Go On Singing (1963), which was ok, nothing too spectacular but it has those trademark, big Judy performing moments, that became her trademark in later life and career. 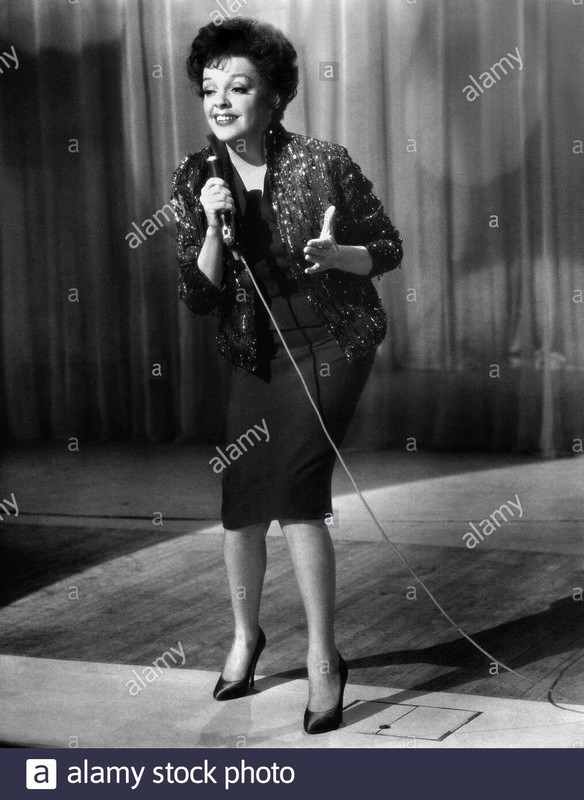 I'm yet to see A Child is Waiting, also from 1963, which sounds like an interesting drama. 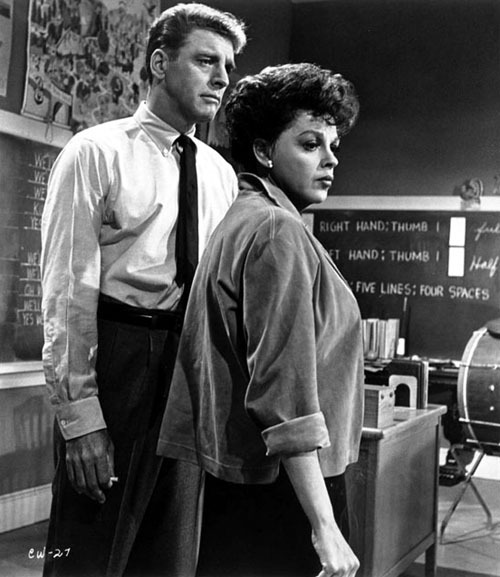 Judy's gotta be the saddest casualty of the studio system, even more than Marilyn. Judy was one of the greatest talents Hollywood ever found, and they broke her down, used her up and discarded her.

ginnyfan said:
It's a shame she did not make more movies during the 50s.
Click to expand...

It's mind boggling that she only made two films in the entire decade; she should have been at her pinnacle in the early- to mid- 50s.

Hell yeah i prefer her early stuff over her later though. like the one she did with Freddy Bartholomew for example i forget the name of it though but it was from (1938)

darkshadows38 said:
i prefer her early stuff over her later though. like the one she did with Freddy Bartholomew for example i forget the name of it though but it was from (1938)
Click to expand...

That was Listen Darling, which is a very good movie! She was terrific in that one.