Westerns have been around since the birth of cinema. They have been one of the most popular forms of entertainment for over a century. Westerns cluttered the film and television landscape for 25-plus years.

Like with all types of movies, I usually like Westerns depending on who is in them. There are some I've enjoyed despite not being major fans of the stars, but that is a rarity. John Wayne is a common choice for Westerns, and I haven't any shame in admitting that I enjoy his films. Audie Murphy is another good one in my opinion. There have been other actors and actresses that I like -- such as Marilyn Monroe, Robert Mitchum, Jane Russell, Clark Gable, and others -- that have made Westerns that I like well.

RIVER OF NO RETURN is one of my favorite classic Westerns. It was a reasonable hit during its release in 1954, primarily for its CinemaScope scenery and its female lead: the incomparable Marilyn Monroe. That movie has some beautiful locations shots, although one commentator it "an uneasy mix of widescreen grandeur and Wild West clichés." I personally think that is selling the movie short. Other Westerns I enjoy are RIO BRAVO (1959) and McLINTOCK! (1963), both starring John Wayne.

Television was once commonplace for a host of Westerns. For decades, shows such as GUNSMOKE, BONANZA, WAGON TRAIN, THE VIRGINIAN, THE BIG VALLEY, and THE HIGH CHAPARRAL among others, dominated the TV landscape and were big hits in the Nielsen ratings. Almost all of these shows get healthy syndicated reruns to this very day.

What are some of your favorite Westerns?

For a clichéd response, I'd say one of my favorite Westerns is McLINTOCK!, the 1963 Western comedy rendition of Shakespeare's THE TAMING OF THE SHREW. It stars John Wayne and Maureen O'Hara in their fourth of five film pairings. The film also features Yvonne DeCarlo and Patrick Wayne. McLINTOCK is a good Western, and a funny one to boot. It was a big hit in 1963 when it was released.

Maureen O'Hara is beautiful. I love her in anything. She and John Wayne have great chemistry together. No wonder the Duke considered O'Hara his favorite leading lady.

McLINTOCK! has long went into the public domain, and therefore it shows up on a lot of no-name DVD releases and gets frequent exposure on cable television.

I’m not the biggest fan of this genre but one movie in particular I’ve always enjoyed is True Grit, the John Wayne 1969 version of course.

I really like the story and I’ve always felt that it’s one of the better westerns of John Wayne’s career.

I too am pretty indifferent to the genre. The only two Westerns that would make it into a list of my Favorite Movies are DESTRY RIDES AGAIN (1939) and THE QUICK AND THE DEAD (1995).

Because of my general disinterest in the genre, I've never even bothered with most of the famous Westerns; I've never seen any of John Ford's or Sergio Leone's films. The few Westerns that I sort of like are due almost entirely to the cast: Dietrich & Stewart in DESTRY; Mitchum & Monroe in RIVER OF NO RETURN; Gable & Russell in THE TALL MEN; etc.

I hate westerns. I remember a problematic member here who would not accept under any circumstances that Dallas - yes Dallas - was not a western. Wasn't having it.

I'm not usually a fan of westerns however one of my favourite films is High Noon (1952). It's not your typical shoot them down western but an intelligent and thoughtful story or loyalty, morality and decency as a reaction to the revenge sought by the antagonist.

Few of them age well. James Arness (AKA: Marshal Dillon) admitted that the western was the mot overdone genre on both the big and small screens.

Snarky Oracle said:
Few of them age well. James Arness (AKA: Marshal Dillon) admitted that the western was the mot overdone genre on both the big and small screens.
Click to expand...

This was my biggest problem with them. I felt like there were just way too many of them. And so many of them were just too similar to differentiate between them. There are some great ones, don’t get me wrong, but they were grossly overdone.

... and, oddly, they mostly died out in both formats in the early-'70s after decades.

Snarky Oracle said:
and, oddly, they mostly died out in both formats in the early-'70s after decades.
Click to expand...

The genre had been sputtering for years, but maybe this guy dealt the death blow?

Crimson said:
The genre had been sputtering for years, but maybe this guy dealt the death blow?

BLAZING SADDLES is hilarious. An almost perfect spoof, despite dragging its feet in spots.
A fan of classic film and television, with interests in various mediums, genres, stars, singers, etc.

The period when the western myth is supposed to have occurred was, roughly, the twenty years following the end of the Civil War, the 1860s to the 1880s, and, just maybe, never really happened. But from the end of the nineteenth century and throughout most of the twentieth century, the western seemed to be the perfect metaphor for how Americans saw themselves and their history -- honorable, adventurous, self-reliant, and always conquering the risky frontier, the genre peaking appropriately when that patriotic self-image peaked in the 1950s, the so-called American decade.

The simplistic illusions represented by Gary Cooper or John Wayne or Marshal Dillon were, by the 1970s, finally being replaced by contemporary urban shoot-first-and-ask-questions-never crusading cops like DIRTY HARRY and (early) STARSKY & HUTCH which propagated an equally delusional myth that metropolitan police departments were overly "liberal". The few remaining westerns about lawmen in the autumn of his years, like TRUE GRIT and THE SHOOTIST, or THE UNFORGIVEN, more introspective heroes than what had come before.

All of which led to a real-life movie cowboy in the White House who destroyed the economy by smashing the unions, rolling back anti-trust laws, and eliminating the progressive tax structure (where the more you make, the more you pay) and placing us on this dusty road to disaster.

So proud. So brave. 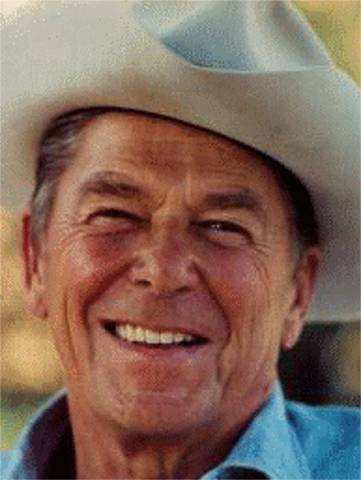 BLAZING SADDLES is hilarious. An almost perfect spoof, despite dragging its feet in spots.
Click to expand...

Snarky Oracle said:
The period when the western myth is supposed to have occurred was, roughly, the twenty years following the end of the Civil War, the 1860s to the 1880s, and, just maybe, never really happened.
Click to expand...

Perhaps the most interesting thing about the Western genre was its sheer longevity, lasting from early Silents through the 70s (even if the genre limped through that last decade). Even looking at the years of the western myth more broadly -- from post- Civil War to just before the turn of the century -- the genre lasted twice as long as the actual epoch it was celebrating.

Even though I'm indifferent to the genre as a whole there were a few trends within it that I find more interesting. One was the brief vogue in the early 50s of Westerns headed up by (older) actresses: Crawford, Stanwyck, Dietrich, Lamarr, Colbert. I kind of wish Hepburn had made one; I feel like her patrician tomboyishness could have fit well in the wide open prairie.

The other era I kind of like was that last decade, when Westerns were basically sad elegies with aged stars going through their last hurrahs. THE SHOOTIST in particular is not only a fitting farewell to John Wayne but to the genre itself.


Snarky Oracle said:
I never laugh once.
Click to expand...