Who Was The Dumbest Character On Dallas?

For me it has to be Vaughn Leland. JR swindled him in the Asian oil leases and he was a leading suspect in the “who shot JR” storyline. But then he a few years later, he gets involved with JR in a plan to destroy Cliff that backfires.

I know JR can be persuasive, but come on.

Billy Wall said:
For me it has to be Vaughn Leland. JR swindled him in the Asian oil leases and he was a leading suspect in the “who shot JR” storyline. But then he a few years later, he gets involved with JR in a plan to destroy Cliff that backfires.
Click to expand...

If you watch those episodes again, you'll notice what a fine acting job was done by Dennis Patrick. He underplayed the Vaughn Leland character perfectly.

She was. Look at her face:

That would be quite a list. Yes Vaughn Leland and the Cartel members should have been wary of ever going into business with JR ever again after he screwed them all over in the Asian fields. Then again, they should have known better. For one thing, the governments in South American governments are not very stable. Who is in power today maybe someone else in power tomorrow. Also, JR has by this time earned a reputation as someone not to do business with.

Cliff is certainly on this list. I get it that to make JR a winner, they had to make Cliff a loser which is a shame. Cliff should have seen through JR's trap when Cliff was the CEO of the OLM and was close to destroying Ewing Oil and then there is this groundswell for him to run for Congress but he would have to quit as CEO (which was stupid) first.

Sue Ellen for remarrying JR. He was a crappy husband to her so for her to remarry him as dumb.

Billy Wall said:
For me it has to be Vaughn Leland. JR swindled him in the Asian oil leases and he was a leading suspect in the “who shot JR” storyline. But then he a few years later, he gets involved with JR in a plan to destroy Cliff that backfires.

I know JR can be persuasive, but come on.
Click to expand...

if characters from the early self-contained episodes are fair game, it’s hard to beat the dastardly Willie Gust, who apparently thought it was a good idea to drive across Texas in a conspicuous green van committing armed robbery and assault for petty cash, not to mention semi-kidnapping Lucy and forcing her at gunpoint to sing in a talent contest at a crowded bar for a potential grand prize of $100, with said green van parked right out front in a no parking zone 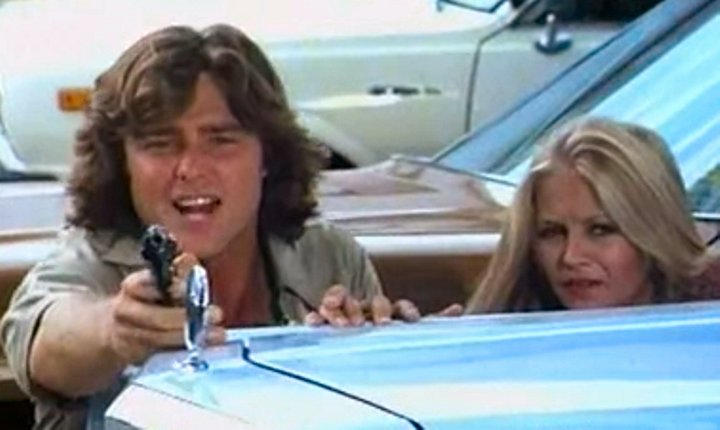 Jamie..to die once is unfortunate but twice...now thats dumb
C

Yes Lucy was written as not being too smart. Case in point, she was a loser magnet. Also being a brat gets tired. That is why Gary giving Lucy his voting shares was so stupid. She knows nothing about nothing. Not someone anyone would take seriously.
Last edited: Wednesday at 11:18 PM
J

Ostensibly, Sue Ellen could be considered dumb for her second wedding to JR, but I see that as more her dysfunction and addictive behavior than lack of intelligence. Smart people can make dumb choices.
There were times Lucy was written as shrewd and intuitive, but these were few and far between, unfortunately. For example, she stayed by Bobby's bedside when Katherine came to visit him because she knew something wasn't right about Katherine's visit. She probably saved Bobby's life.
As far as stupid goes, I'd say Holly Harwood for going into business with JR without checking into him first and giving him a whopping 25% of the company. Like, wow.
Honorable mention for dumb goes to Miss Ellie. For all the hand wringing she did over not getting to see Gary, she never once in all the seasons thinks about getting on a plane and going to visit him. Like, wow part 2.

Have to comment. Mandy was extremely dumb from day one. And the dumbest thing she ever did was manipulate and underestimate Sue Ellen with her dirty little plan to work her way back into Valentines.

I don't know about day one, but Mandy was dumb to think and tell Sue Ellen that she was going to leave Dallas with her husband. Like JR would drop everything and leave John Ross, not to mention the rest of his family and Ewing Oil, to go away with Mandy or anyone else.
Share:
Facebook Twitter Reddit Pinterest Tumblr WhatsApp Email Share Link
Top