Williams F1 team up for sale.

Formula 1: Williams up for sale after £13m loss last year 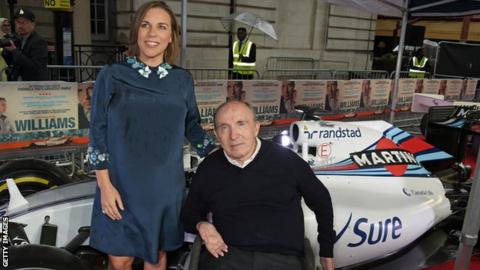 Frank Williams handed over day-to-day running to daughter Claire in 2013
The Williams Formula 1 team and wider company group are up for sale after posting a £13m loss last year.

The momentous decision marks a major change in direction for a company whose founder Sir Frank Williams had previously always insisted on retaining control.


She said the aim was to secure the team's future through internal investment.

Sir Frank, 78, is no longer involved in the day-to-day running of the team.

Claire Williams said: "Frank is always aware of and up to speed with every decision the board takes and is supportive.

"He wants to ensure the future success of his team and understands and agrees this is the right time to seek inward investment to achieve that."

It said the company was "not in receipt of any approaches at the time of this announcement" but said it was "in preliminary discussions with a small number of parties regarding a potential investment". 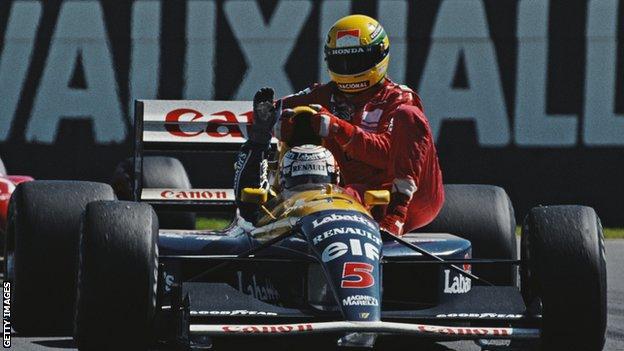 Williams at times dominated the sport during the '80s and '90s
Claire Williams said in a conference call that the aim was to complete the process "within the next three to four months, but we are fully funded throughout the remainder of this year".

Asked if the company was at risk if the team could not be sold, Claire Williams said: "I have every confidence we will find the investment we need."

Managing director Mike O'Driscoll said there were "no prescribed outcomes" and that a "whole sale is just one option".

The move comes in the wake of Williams finishing last in the constructors' championship for the second year in succession in 2019, leading to a significant drop in income.

She said she believed the introduction of a budget cap from 2021 and new regulations aimed at levelling the field from 2022 made the team an attractive opportunity.

She said she was "very confident about this team's future and our ability to succeed in our sport again because the environment in which we can compete is changing".

She said there was "no one key factor" in the decision to put the company up for sale but the coronavirus crisis was a contributor.

F1 is facing a significant loss of income as a result of the lack of racing this year, with all major revenue streams under threat.

The sport is aiming to start a curtailed season in Austria at the beginning of July.

Williams also announced that they had terminated their relationship with their title sponsor, the mobile phone company Rokit, with immediate effect.

Williams is one of the most successful teams in F1 history, and dominated large swathes of the 1980s and 1990s, winning multiple championships with the likes of Alan Jones, Keke Rosberg, Nelson Piquet, Nigel Mansell, Alain Prost and Damon Hill.

But its competitiveness has declined this century. Williams went through a brief renaissance from 2014-17, when it finished third twice and then fifth twice, but has fallen to the back in the last two years.