I do wish they would stop making every Disney female a princess.

There are only two real princesses in my opinion - Cinderella and Sleeping Beauty.

I mean Tinkerbell (my favourite) wouldn't even WANT to be a princess. She's too naughty!!! 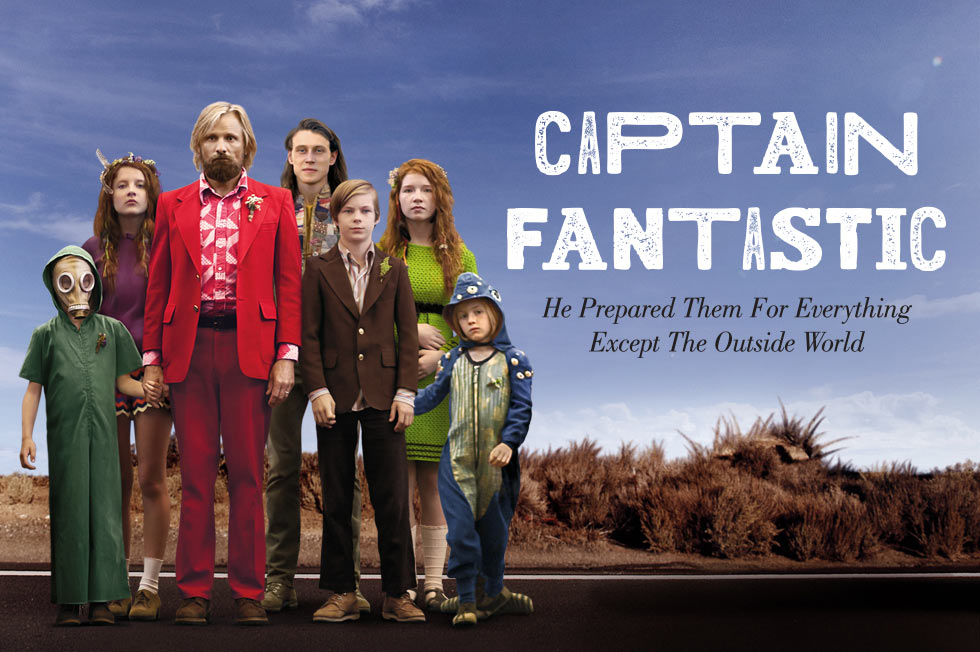 This one took me totally by surprise. I just fell in love with it. It starts off with a dad raising his kids in the wilderness completely cut off from the modern world. It's kind of idyllic, but right from the start, you know at the back of your mind it can't (and maybe shouldn't) last. Sure enough ...

It then turns into a road movie with the family travelling cross country on their own bus, a bit like an HBO version of The Partridge Family. The culture clash stuff when the kids are introduced to their conventionally raised relatives is really funny, but what is brilliant is how even-handed the film is: the 'squares' they encounter are depicted with just as much humanity as the 'cool' drop-outs, and you find yourself constantly wondering whether the father of this gang is the best dad in the world or the worst. There are no easy answers. Viggo Mortensen is ideal casting as the father but the kids are just amazing, raw and funny and utterly heartbreaking. (It's on the iPlayer for the next three weeks if anyone in Blighty fancies it.)
Last edited: May 6, 2019
“All art is unstable. Its meaning is not necessarily that implied by the author. There is no authoritative voice. There are only multiple readings.” - David Bowie

Sarah said:
There are only two real princesses in my opinion - Cinderella and Sleeping Beauty.
Click to expand...

A live-action revisionist take on Sleeping Beauty doubling down with the message that princes are not only unnecessary but downright dangerous.

This weekend I watched a couple of films:

- "Moonlight" (aka the movie which turned Faye Dunaway and Warren Beatty into the riot of Hollywood, and the whole world...!). I feel very embarrassed about not being able to say something positive about this Oscar-winner. It could have been such a beautiful film if they just...had avoided so many clichés. I don´t know if this one was made just for the black population, but of course this can´t be true. Or maybe just for the men who have had an isolated gay experience and then became straight men. One way or another, they seem to live in the same world than "Empire", where white people are just walk-in extras and everybody seems to have something to do with drugs. This movie has nothing to do with homosexuality at all! It´s all so pretentious and unbelievable that I just can´t say one thing: Please somebody enlighten me!

- "Paycheck". Another one that might have been a great SciFi movie (based on a short story by Philip K. Dick). Instead, we have dumb-face Ben Affleck posing as Cary Grant in "North By Northwest" (on purpose), and a story as muddled as it could be, about scientific experiments with humans, deleted memories, visions of the future and relentless chases. I must admit the best thing was the action scenes, and also Uma Thurman, who never looked lovelier! Well, I also liked the score and the urban scenery in Vancouver. Incidentally, Michael C. Hall debuted in this movie, and also appear in it a very hot baddie, Aaron Eckhart, "Billions"´Paul Giamatti (here still in a comic relief role), and "Scandal"´s Joe Orton.
Last edited: May 8, 2019
Fanfics continuing in the future:
"Ewing Empire: Season 6"
"Star: A Hollywood Saga"
"Return to Knots Landing"

Today I watched "About Time", a 2013 romantic drama from the "Love Actually" director. The best of it, aside from Domhnall Gleeson´s fine performance, is the fantastic aspect of time traveling. It also features Bill Nighy, Rachel McAdams, a pre-Harley Quinn Margot Robbie and a pre-The Crown Vanessa Kirby. The movie isn´t pretentious at all and the story flows as well as you could expect with time traveling involved. Great pop soundtrack and bad brown wigs for McAdams who (I think) is a blonde. This could have been a turkey or corny rom-com but instead it´s part of a recent subgenre of time-travel dramas (the actress has been in four of them so far, no less). Good for a Saturday afternoon at home in good company.

I just saw the horror movie "Train To Busan", what a great Zombie movie this was, i enjoyed this movie. 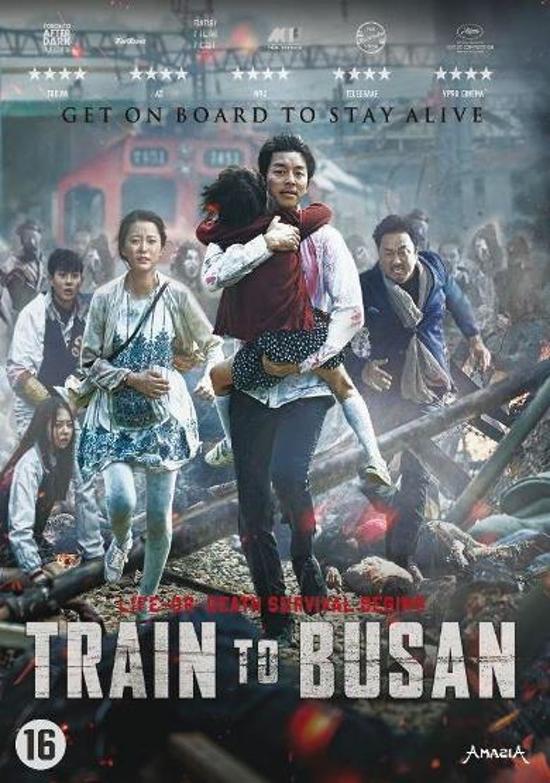 I finally got to watch "Joy", which turned out to be a much better film than I expected. Of course, one of my main reasons was to see our dear Donna Mills playing an actress who plays in a daytime soap opera. It´s truly a feel-good movie at the end and fortunately, Jennifer Lawrence didn´t ruin it this time with her over-acting and pouting. Bradley Cooper (yes, again in a movie with her...) just appears in a few scenes and actually looks quite flipped out. The supporting cast is top notch: a very handsome Edgar Ramírez as her ex-husband, a wonderful Diane Ladd as her grandma, Robert de Niro (light-years away from "Meet the Fockers") as her father, and a wonderfully bitchy Isabella Rossellini as the latter´s umpteenth wife.


As many of you must know because it was mentioned here at the time, daytime soaps are always in the background because Lawrence´s mum (played by Virginia Madsen) is literally addicted to them (she doesn´t leave the room not to miss any scene), and they called legendary soap actress for these little scenes within the (film) scenes. Susan Lucci is the one who parodies herself the best (I kept on seeing her "Dallas" character!), and Mills just gets one scene and a brief close shot. Shame shame shame you director! (At least they got her a very Knotsy frizzie wig!). The hairdo of the other actress in the below pic is obviously inspired by Linda Evans' eternal hairdo on "Dynasty". I lol´d about this... 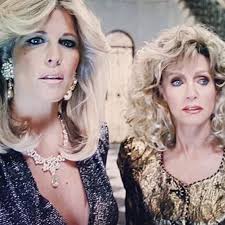 Submission with my new man crush, Stanley Tucci. It was soooo good, but I was a bit confused by the ending. 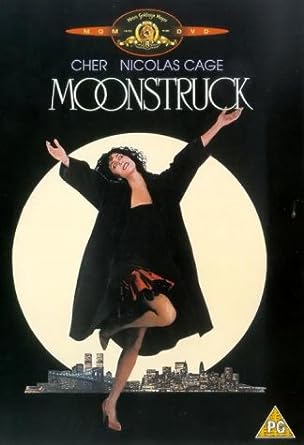 She looks familiar, who is it?

Willie Oleson said:
She looks familiar, who is it?
Click to expand... 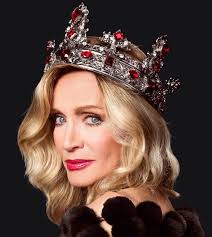 I meant the actress with the Krystle hair.

Willie Oleson said:
She looks familiar, who is it?
Click to expand...

Another fairy tale adaptation - this time Snow White - that can't quite commit to being the comedy it wants to be.

Gacy.... Living proof that if you smell something rotten coming from your neighbour's house, that you should have it investigated. Immediately. 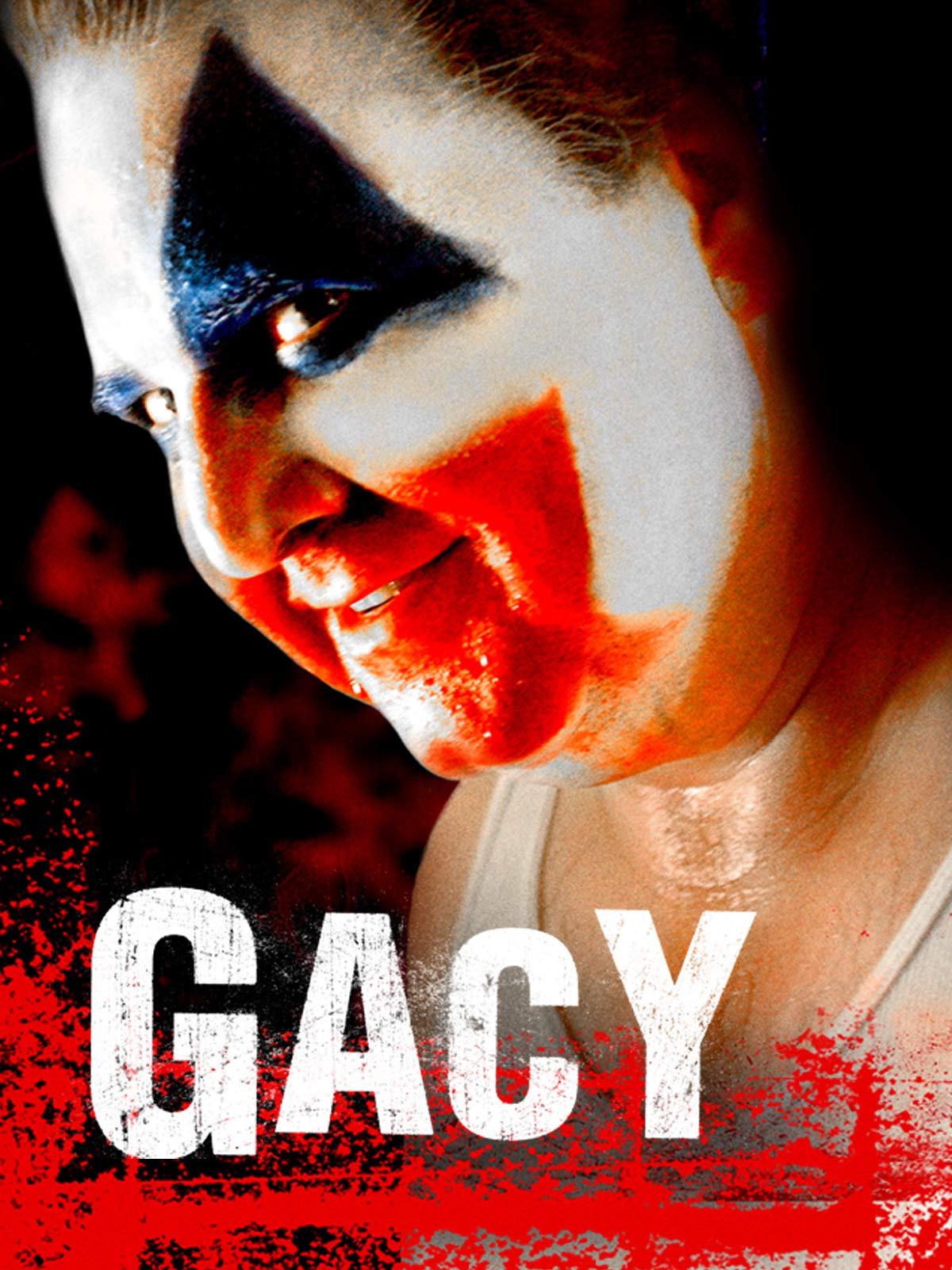 This is essentially Mama Mia, but in place of Abba songs, there's an actual plot. It's even got Pierce Brosnan in it. He's wonderful - they all are. I wanted to like Mama Mia but it did my head in, and this could easily have been just as buttock-clenching, but instead, it's really lovely, really charming, really touching.
“All art is unstable. Its meaning is not necessarily that implied by the author. There is no authoritative voice. There are only multiple readings.” - David Bowie

James from London said:
I wanted to like Mama Mia but it did my head in
Click to expand...

You're not alone, James.


James from London said:
this could easily have been just as buttock-clenching, but instead, it's really lovely, really charming, really touching.
Click to expand...

I just watched the trailer and I'm completely sold.